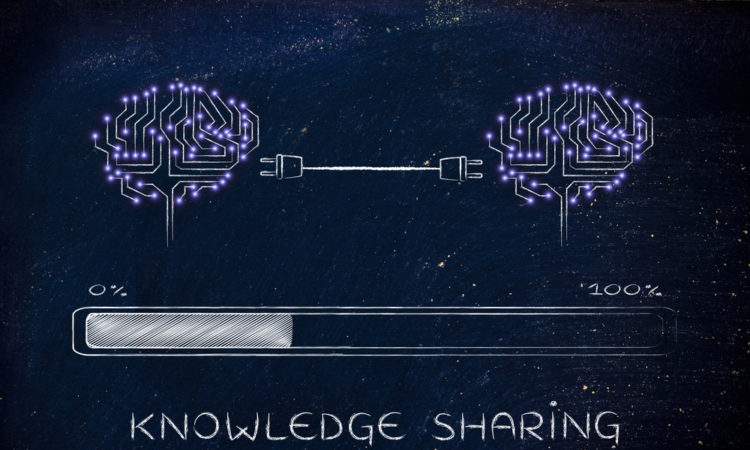 From dictionaries and religious texts to Wikipedia, YouTube, IMDB and Quora, our collective intelligence allows us to share knowledge at an unprecedented rate.

While we are making full use of technology for gaining knowledge, we have also begun to bring problem solving and crowdsourcing on tech platforms.

To find out how we are using technology to harness the power of the collective in order to gain insight into modern day problems, The Sociable spoke to Bruce Muirhead, founder and CEO of Mindhive, a crowdsourcing consultancy platform, ahead of the Horasis Global Meeting, which took place in Cascais, Portugal, from April 6-9, and where Muirhead was a speaker.

“When connected, collective intelligence starts to connect human intelligence and artificial intelligence, that’s where we start to see the most exciting stuff happen”

“Over time, I’ve seen the abilities of problem-solving to engage in much more based on the connectivity of humans. Now, we can connect to people who weren’t traditionally seen as experts in a problem solving process,” he says.

Mindhive is a platform that tries to connect problem owners with problem solvers. Building a platform of about 14,000 experts, they are currently in Europe and the UK to expand the community that can contribute to providing insights to problems for governments, not-for-profits, corporates, and so forth.

The Role of Technology in Collective Intelligence

Muirhead says that humans realize that we still need humans to interact with other humans in problem solving. The role of technology is simply enabling a process for the speed of that problem solving methodology.

“Technology enhances both the speed of problem solving as well as the ability for us to solve problems. The trick is to figure out how we can use technology to cross borders, disciplines, and silos, and bring that collective global intelligence to issues that are common to us all, whether it is productivity, education, health, or a whole variety of different issues,” he says.

The Mindhive team is building a light touch tech platform based on AI and machine learning (ML), which can also learn how to solve problems.

“We’ve introduced machine learning into Mindhive to surface insight. Over time, we can start exploring concepts of predictive insight. When connected collective intelligence starts to connect human intelligence and artificial intelligence, that’s where we start to see the most exciting stuff happen,” he says.

Muirhead has been working in fairly complex situations in prisons across Australia, the US, and Europe. In the course of his work, he became fascinated with some of the complexities that existed within that environment in terms of problem solving.

After having worked in both South Africa and Australia on various national issues, he finds that people are working on similar issues around the world.

“Our enemy is the obvious, and the obvious tends to be going to a consulting house and asking them for the solution”

“If you ask the governments around the world what their top 10 issues are, they tend to be the same issues in various orders. Also, they tend to have the same type of communities of experts working on those issues,” he explains.

However, the way problem solving is handled now is changing.

“I can remember in the 1980s, sitting with 20 or 30 specialists in prison. We used to spend a lot of time in processes called ‘interagency’ or ‘wraparound’ while working out a plan to help an individual prisoner’s life. It was high cost and oftentimes intuitive and didn’t necessarily achieve the results we hoped for,” Muirhead reminisces.

The major change he has seen has been not just large-scale human collective problem solving methods but also a transition to more use of technologies and a broader, more diverse contribution.

In his book, “MindHive: How Collective Intelligence Can Create Better Policy and Strategy,” Muirhead tells the story of a new revolution in problem-solving. Describing the online publication as “the book that will never stop being written”, he says that the traditional methods that have served enterprises well for decades no longer seem to work.

Fighting the Obvious with Diversity

Another aspect that technology takes care of in collective problem solving is checking human behavior from falling for the obvious.

“Our enemy is the obvious, and the obvious tends to be going to a consulting house and asking them for the solution,” Muirhead says.

Mindhive uses technology to include diverse populations in its problem solving in order to fight the obvious. The team has introduced algorithms that allow connecting with problem solvers who wouldn’t typically be kept in the problem solving process.

Such people, who are called “wild cards,” are not typically people from the profession where the problem has originated but are good at solving problems. By building systems that connect different kinds of human insights, Muirhead believes, the system could, over time, learn about the human process of problem solving.

“Problem solving and expertise are being redefined and fragmented; and it’s the technologies in the platforms that can harness what is the future of intelligence on earth,” the CEO says.

The platform aims to extract expertise from populations ranging from retired people to young indigenous people in Northern Australia by leveraging the connectivity amongst them and harnessing the latent expertise.

“I guess our goal is almost to be an Airbnb for brains,” he chuckles.

The Case of Uber in Australia

When Uber entered Australia, the government and the political side of Australia were concerned about the type of disruption such technology would bring into the transport sector. Traditionally, in case of such disruptions, the government would ask for submissions from the taxi unions, the Limousine service providers, the busses, etc.

They would also know exactly what everyone would say, which would be that this disruption shouldn’t be allowed. However, the fact remained that transport is changing, transport is being disrupted.

The Australian government used Mindhive to bring together 140 stakeholders into one virtual room and asked them their opinions about the principles by which disruption can be enhanced in the transport ecosystem.

“So, it wasn’t just about Uber, it was a little bit more than that. Those 140 people weren’t just able to individually submit their own issues for their own concerns, but were asked to collaborate on developing three or four principles by which disruption could be engaged with,” Muirhead says.

“Problem solving and expertise are being redefined and fragmented; and it’s the technologies in the platforms that can harness what is the future of intelligence on earth”

The exercise led to the development of a set of principles by which Uber and other disruptive transport systems could come into Queensland, Australia, that too, without any political or union fallout.

“Collectively, that group operated within a room and developed a set of principles to understand future disruptions like flying vehicles and so forth, much bigger than Uber,” he adds.

What About Collective Human Bias?

While it is exciting to think of using machine learning to think collectively, Muirhead believes it is still experimental at this stage. A collection of comments can advise on a course of action, however, if a piece of advice is without insight, it might not help us.

Taking what humans identify as an insightful comment and aligning that with AI is a challenge, Muirhead hopes to see that the biases of human selection of insight will one day be over and the predictive capacities to identify insight will improve.

“For example, if Mindhive was used for Brexit, you would ask the people what they’d like to do. Then you’d bring them on the journey over time,” he says.

As the sharing economy booms, people around the world are reusing assets latching on to the internet’s power of communication. However, governments and corporations are still turning to consulting houses for policymaking.

According to Muirhead, the way successful consulting houses work involves a fair amount of smoke and mirrors. Since their business models are not about solving problems but generating revenue for shareholders, they follow the tradition of service that maintains the ongoing problems for revenue benefits.

What if various freelancers, experts, and people with insightful thinking could be on a single platform, where everyone operates independently, but offer their services by consulting in a collective environment.

vTaiwan, is such an example. It uses website, a combination of meetings, and hackathons to brings together government ministries, elected representatives, scholars, experts, business leaders, civil society organizations, and citizens for policy making.

As cities get smarter and IoT links us to objects, people, concepts, policies, we have the opportunity to unite and work through our problems. As Muirhead says:

“Technology should enable citizens to engage in the complexity of their decisions rather than just wake up the next morning and wonder whether they made the right decision or not.”