Virtual & Augmented Reality: The next gold rush of tech industry? 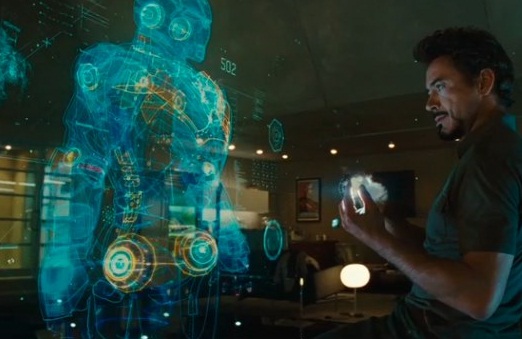 Virtual Reality and Augmented Reality are here to stay. With billion dollar investments from the likes of Facebook, Microsoft and Google, these technologies can have huge impacts in our day to day lives.

The Buzz about Virtual Reality and Augmented Reality

Consider this: According to the folks at Digi-Capital, the Virtual Reality (VR) and Augmented Reality (AR) will hit revenues of $120 billion by the year 2020. That’s how huge this industry is going to be.

It’s no surprise the who’s who of the tech world are investing in VR and AR. While Facebook made big news two years back with its $2 billion acquisition of Oculus Rift, Google pumped in a substantial $542 million in the AR tech startup Magic Leap just a few months later. Not to be outdone, Microsoft too entered this space with its HoloLens headset and in fact, has started shipping its development edition kit.

Besides the obvious use in Gaming and Cinematic experiences, Virtual and Augmented Reality find immense applications in Medical, Education and Military fields among others. With the technology improving by the day, we’ll be able to clearly see more benefits of using VR and AR based hardware and apps among casual and enterprise users.

But how are Virtual Reality and Augmented Reality different from each other? Let’s find out.

Despite being closely related, there are contrasting differences between these two technologies:

Beyond gaming and entertainment, Virtual and Augmented Realities have immense benefits that have potential to make people’s lives better.

Lets look at some of the uses of Virtual Reality first.

Thanks to Virtual Reality, doctors can now use CT scans and other diagnostic images of patients to create three dimensional models of their anatomy. This is hugely beneficial to doctors as they can practice complex surgeries in a simulated environment and also effectively look for tumors.

Virtual Reality therapy is also being used as a faster and less expensive way to rehabilitate patients suffering from brain injuries and strokes.

Thanks to its immersive nature and interactive ability, virtual reality apps like Unimersiv are enhancing learning experiences of kids and adults alike. Another VR platform MissionV has enabled students in Ireland to simulate a historical region from OpenSim and experience it with Oculus headsets.

The military has been one of the earliest adopters of this tech and uses virtual reality gaming platforms such as Unity3D to recreate real life scenarios from the battlefield. VR has been providing more cost effective and better learning environment to soldiers from all branches of armed forces than traditional training models.

Be it training athletes from various sports or designing next gen sports equipment, virtual reality is proving to be an indispensable technology for sportsmen and equipment manufacturers. With several virtual reality apps, athletes can closely study their techniques and body movements in a 3D environment and make changes to fine tune their performances. Sports manufacturers too have been using Virtual Reality to design innovative equipment, footwear and clothing to give athletes an edge over their competitors.

When it comes to real world applications though, Augmented Reality has been taking a march ahead of Virtual Reality. Here’s how AR is significantly contributing towards various industries.

Concerned if the dress that looks great on a model would look good on you? Thanks to AR, you can try it on, see yourself from different angles, choose various colors and purchase it. And not just clothes, these virtual dressing rooms help consumers browse and wear jewelry, watches, shoes and other accessories too. For the online stores, it means less product returns and more conversions.

Exploring a new place and not sure what to see and where to eat? Simply download one of the many AR apps on your smartphone or put on a cool pair of AR goggles and explore the city like a local. The museum that shows history in an interactive way or the cobbled street that was once a haven for robbers and drunks, you’d be able to ‘see’ the events thanks to 3D maps and virtual layers.

Augmented Reality can even save lives in rescue operations, claim experts. With AR, law enforcement and firefighting officials can chart into unknown territories equipped with 3D digital maps of the area of operation and X-ray sights to help them navigate and perform their duties efficiently.

The print and advertising media has been gradually evolving and adopting Augmented Reality. The industry is actively participating in mobile app development to enable readers to access and experience digital content layered above real print publications.

With Virtual and Augmented Reality technologies, we are entering into a very exciting phase where real and virtual worlds are blending in seamlessly. With real world uses, these technologies can potentially change the world for the better.

Unsurprisingly, more and more companies, research labs and universities are working to fine tune VR and AR technologies to enable even smoother immersive experiences than ever before. For entrepreneurs, now is the best time to launch your VR/AR startup and get your piece of this lucrative, multi billion dollar pie before established players take hold of this industry.

Dmytro Ternovyi is a tech enthusiast and co-founder at AppReal – a development boutique specialized in VR/AR, Gaming and Mobile App developments.