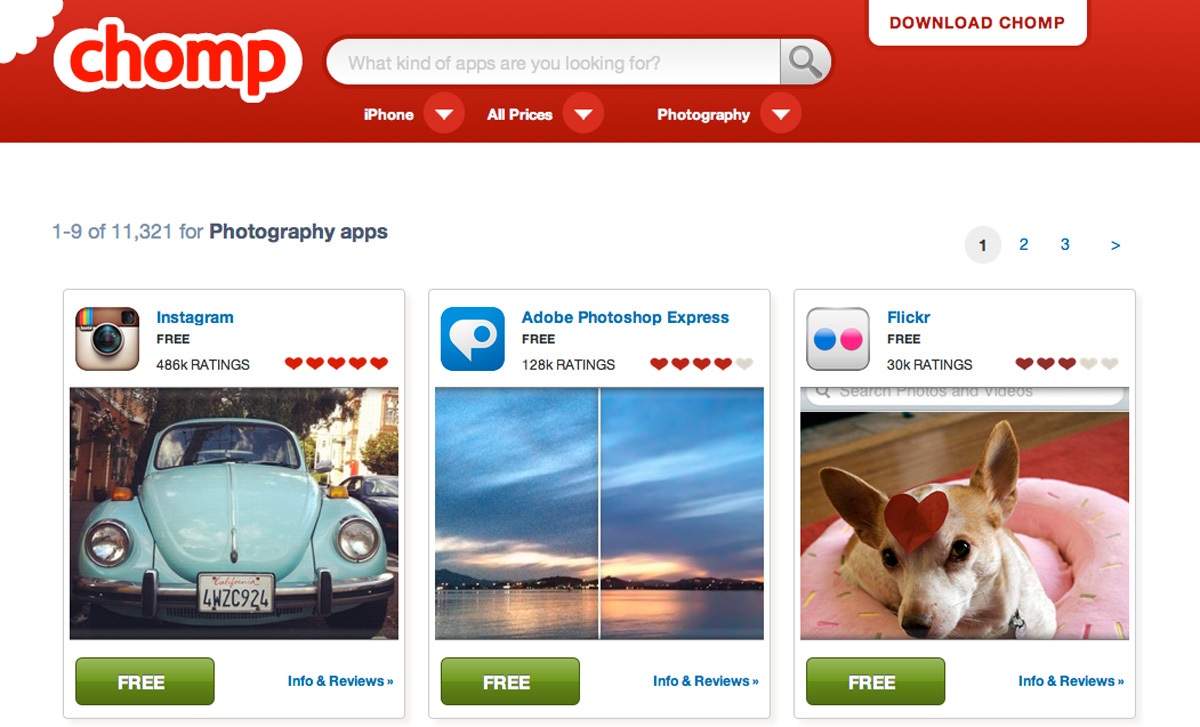 Apple has removed all Android app listings from Chomp, the app search and discovery service that it acquired in February of this year. 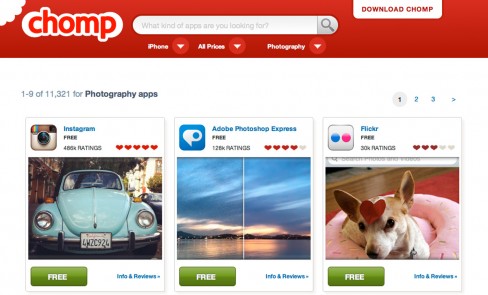 Previously Chomp users were offered both Android and iOS app recommendations. Now, Chomp’s proprietary algorithm that “learns the functions and topics of apps, so you can search based on what apps do, not just what they’re called” is iOS exclusive.

Apple are expected to integrate Chomp’s functionality into the App Store to vastly improve organisation and discovery of its 500,000 or so apps. It’s often cumbersome trying to sort through the App Store’s extensive offerings, so we welcome this.

We may even see the fruits of such an integration as early as June this year when Apple is expected to unveil the latest version of their mobile operating system at WWDC 2012.