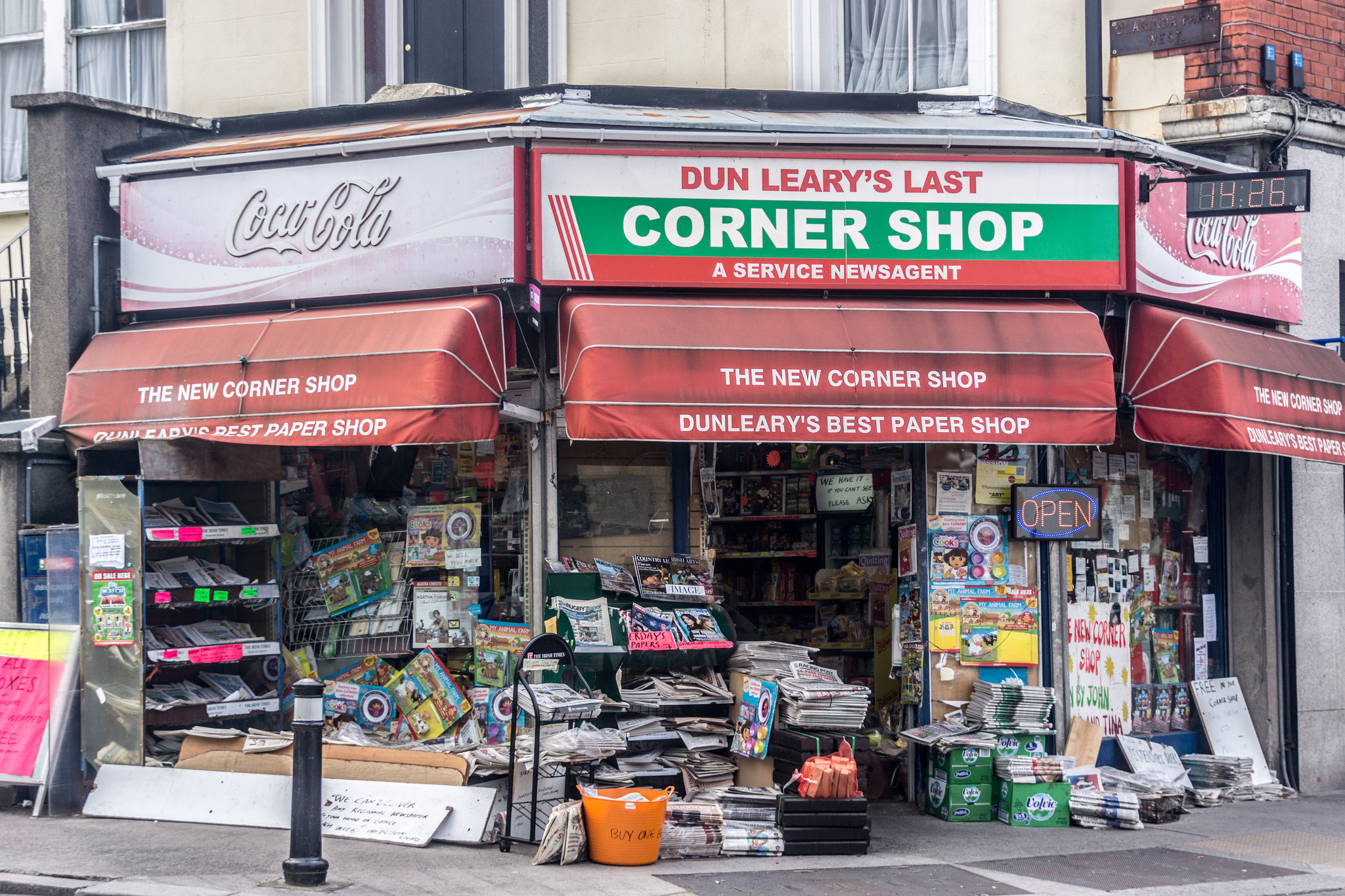 On Wednesday two ex-Google employees in Silicon Valley launched their new company ‘Bodega’, which could be a threat to existing convenience stores and has sent both established and social forms of media into spiraling annoyance.

The new technology is essentially an 8-foot squared, glass fronted box which users of the Bodega app can unlock to take items from, and which a number of clever cameras monitor to charge customers for their takings. The idea, put forward in Quartz, is that these boxes could be everywhere, occupying dead-space in apartment blocks and gyms and such that we live with all the time, and stocking items appropriate to the area they inhabit.

According to the Quartz article, the market Bodega is trying to occupy is not that of the corner shop, it’s that of Amazon’s fast delivery service. Amazon, they point out, would not be able to get items to you any quicker than 30 minutes even on their best performing day using their highest tech. The market is one of convenience, and Bodega’s ambition is to disperse hundreds-of-thousands of these boxes, so that you’re never more than 100ft from one stocking what you need.

The name and the idea has sparked controversy, so much controversy that the bandwagon is full so I’ll have to offer an opinion from without. While I think the founders made some fairly serious miscalculations, I’m not sure it’s reasonable or sensible, beyond clickbait rationale, to start claiming they want to “kill the friendly neighbourhood bodega” or how the company “shows Silicon Valley hates human communities”. Once things get to such a patently ridiculous point we’re really looking at no more than the absurdity of the media; the subject matter has been relegated to circumstantial, a mere vehicle for advertising-requited attention.

The criticism boils down to two points: firstly, the company have misappropriated the name ‘bodega’, which, in New York, are corner shops usually run by immigrants and are a much-loved part of life in the city. Second is the claim that the company is trying to put real life corner shops out of business.

The criticism started from an article on Fast Company and spread from there. In the article the journalist asked Paul McDonald, co-founder of Bodega, whether he was worried about causing offence from the name. He replied, “We did surveys in the Latin American community to understand if they felt the name was a misappropriation of that term or had negative connotations, and 97% said ‘no’. It’s a simple name and I think it works.”

Personally I’m happy to take that at face value. I find it perfectly believable that the “outrage” and the “misappropriation” of the term ‘bodega’ is actually a bunch of virtue-signalling, white, middle-class metropolitan types taking offence on behalf of those who they perceive have a right to said offence.

Fast Company cited opposition taken from a member of the Hispanic community as justification for their vicarious offence, from “Frank Garcia, the chairman of the New York State Coalition of Hispanic Chamber of Commerce, who represents thousands of bodega owners”.

Forgive me, but might the fact that he represents “thousands of bodega owners” play a part in his oppositional stance? Would someone in that position, regardless of race, relinquish the opportunity to oppose something being touted as a threat to the thousands they represent?

I also find it far more plausible, as McDonald said in his blog, that they used the name out of admiration. In any case, no company owner is going to try and hamstring their business from the get-go with a controversial name. However, they still shouldn’t have used the name – not because it is or isn’t misappropriation, I leave that to the hispanic community to decide. But what the name has done is take people to the assumption that Bodega is trying to rid the world of corner shops.

This has been asserted, without reasoning, in pretty much every article I’ve read on the topic – the reader is assumed to be in lock-step with the journalists’ view. Realistically Bodega will not be able to put corner shops out of business and the reasons are bloody obvious. For a kick-off the boxes only hold non-perishable items.

True, the company could expand to make the boxes refrigerated but that would mean a significant increase in box-production costs and an exponential increase in stocking services (both of which are currently funded from the product margin, there’s no subscription fee). So it’s highly likely that we’ll still need real bodegas for perishables and anything else you want cold, like a drink.

If that wasn’t enough, the boxes we’re talking about are only 8-foot squared. I’m sitting in Medellin, Colombia as I write this, and on the street I live is an actual, real-life, original bodega (or tienda). The thing is pretty small, occupying perhaps the same space as a large living room, but it is stacked, floor to ceiling, with stock. There are so many different products in there that I discover something new every time I visit, which is probably twice a day. And the owners are always passing a stool between each other to reach higher up to grab something a customer has spotted or asked for.

In any direction from the bodega of which I speak you cannot walk for more than a couple of hundred yards before you come across another bodega. If this community wanted Bodega boxes to replace their bodegas it would be a nightmare. There would have to be thousands of them lining the streets, all with different things in them, and enough stockists working that they’d basically be there full time, a bit like the bodega owners currently are.

I’m sorry, I know it’s fun to get good and angry about something, but what Bodega is actually suggesting is not a corner-shop replacement. It’s a glorified vending machine. Nonetheless, they’ve made a huge mistake calling themselves “Bodega”, firstly because you could have predicted that people would get annoyed about it, rightly or wrongly. And their failure to predict that does speak to a certain detachment. But mainly because it’s given everyone the impression that they want to replace actual bodegas. And people are very fond of their corner shops, no one wants them to go away.

I suspect, if they’d called it “Super Vendor” or something – implying it was a level up on a vending machine rather than a level down on a bodega – and continued with their Amazon convenience market-gap, everyone would be cock-a-hoop with the new idea.