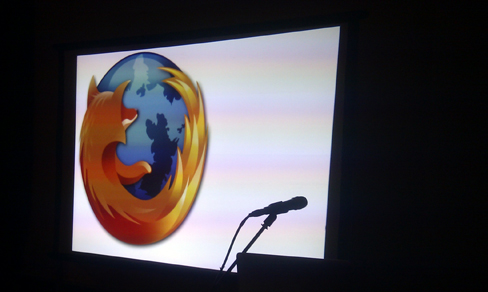 Ireland is well placed to become a leader in the Mozilla and open source communities, according to the inaugural meet up of a Mozilla Ireland group in Dublin’s Odeon on Wednesday. 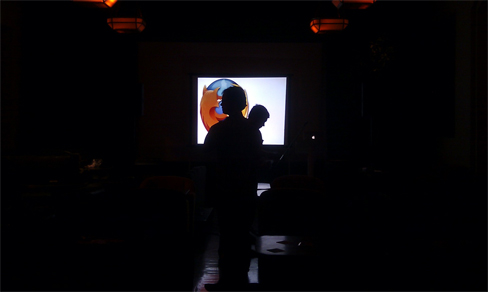 Speaking at the introductory meeting, Brian King and David McNamara said that Ireland’s large pool of talented developers and programmers, as well as the country’s volunteer ethos, puts it in a strong position to contribute and shape the development of Mozilla’s products, such as Firefox and Thunderbird.

However, despite having some of the world’s largest multinational web and technology companies based here, Ireland has fallen behind other countries in the development of a native Mozilla community.

King and McNamara are experienced Mozilla and open source developers whose work with the volunteer organisation has been incorporated into its flagship browser, Firefox.  Both are official Mozilla representatives.

Speaking to the Sociable before the event, King and McNamara explained how Irish developers, programmers and others could help the volunteer organisation.  McNamara said,

“In most countries in Europe and around the world there are Mozilla communities.   These are mainly based around the localisation and translation of Mozilla products but because we are English speaking in Ireland there is little need to translate the products.  While there is a version as Gaeilge it’s maintained by a second generation Irish-American, so there wasn’t that requirement to establish a community, and we are here just to give it a kick start.

“Ireland already has a very active community in Linux, called iLug, and our student societies are quite well informed on open source.  Of course there is obviously a lot of technical talent here and we want to tap into this as well as raise awareness of Mozilla’s other activities outside of Firefox.

“We’re getting in at the grass-roots level, building the community with developers and technically-minded people and hopefully they will go out and spread the message.

“While we are targeting developers at the moment, we also want to reach those interested in advocacy. People involved in Mozilla generally have a wide range of backgrounds, such as marketing, public speaking, or running other non profits where the aim is not to please shareholder but benefit all users.

“We hope that Mozilla can develop this sort of community in Ireland.   As there is such a high tech industry here there are a lot of ears that are open to new ways of doing things with open source technologies.”

Over 40 people attended the meeting on a wet Dublin night, including several members of Redeem and Get, the winners of this year’s ESB Electric Ireland/Dublin Web Summit Spark of Genius Award; as well as experienced developers, such as Disruptive Development’s CTO; and several computing students from Dublin Institute of Technology. 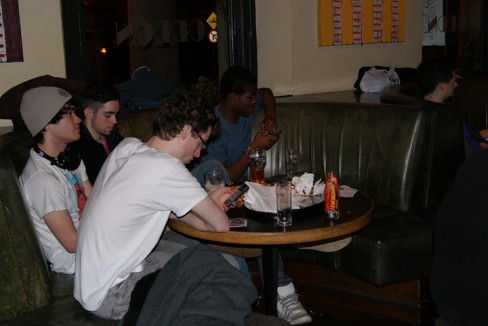 DIT Students at the Mozilla Ireland event. © Text Me A Drink

With all this technological talent in the room McNamara and King explain that the community will not just be development/programming based. Mozilla Ireland is looking for marketers, copywriters, translators and volunteers with other talents to get involved. King explains,

“Ireland is a high-tech economy and there is a lot of young talent and entrepreneurship here, which we saw a lot of at the Dublin Web Summit last week.  There is also a great volunteer spirit in Ireland that we can tap into.  So with a combination of all these Ireland is a perfect place for establishing a Mozilla community.”

Turning to Firefox he said,

“Firefox is still the core product for Mozilla and there are plenty of opportunities to work on the browser, whether that is contributing code or providing support as the browser moves into the mobile space.

“But beyond coding itself there are always opportunities in the organisation itself in marketing, outreach, and evangelism. 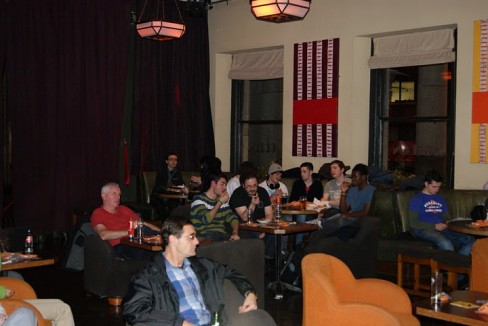 © Text Me A Drink

King says that they are looking to establish a thriving Mozilla community across Ireland, with regular meetings in Dublin; he added that membership of the community will not depend on location and there will be a significant amount of networking online.

“What we want to set up is a nationwide community and what we especially want is to see a couple of people set-up as leaders in the community and for them to decide what to do.  They could decide to have offices in Ireland, with or without the support of Mozilla; and Mozilla does provide a lot of support for local communities.” King said.

McNamara added “We want a solid community here, we want people to be able to speak for the open web and Mozilla will provide a lot of support.  The organisation wants to promote local communities and goals, such as the internet being a fundamental human right and that people should create content that is open and free.”

More information about Mozilla Ireland can be found here.

Bit.Fall turns news into rain and water into pixels