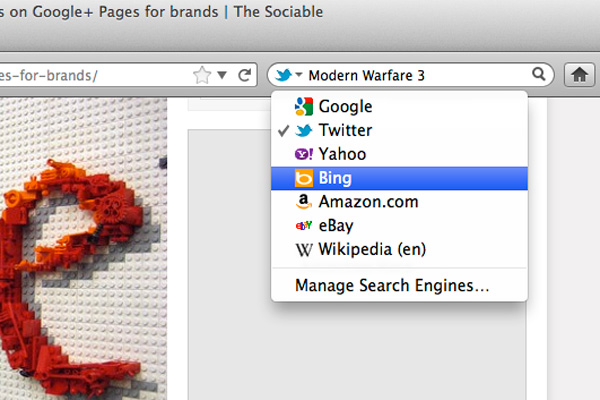 The most notable addition to Firefox 8 is Twitter search. Twitter is now included as a search option alongside Google, Yahoo! and Bing. So instead of conducting a search on one of more traditional engines, Firefox users can launch a keyword, #hastag or @username search on Twitter directly from any browser window. Twitter search currently supports English, Portuguese, Slovenian and Japanese versions of Firefox, with more to follow.

Mozilla has also gotten tough on surreptitiously installed add-ons. Upon initial launch of Firefox 8, users are prompted to disable any unused add-ons, but more importantly, add-ons installed by third-parties, like those bundles with third-party software, must explicitly be enabled. Add-ons can slow down the browser start-up and page load times, and some needlessly clutter screen real-estate.

Thunderbird, Mozilla’s email client, has also been updated to version eight, and a new version of Firefox for Android introduces Master Password to help protect saved usernames and passwords.