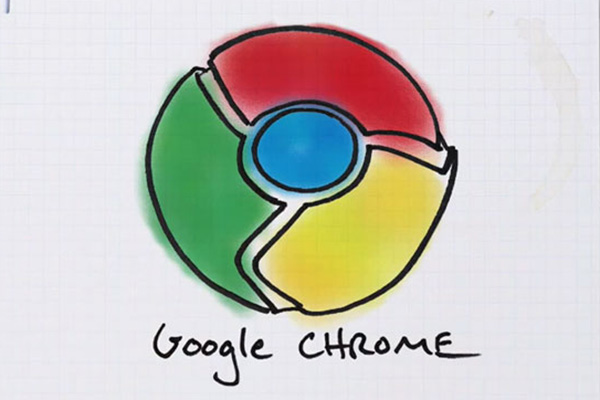 Google Chrome has managed to retain its position of prevalence over Internet Explorer for a second consecutive month according to data from web analytics firm StatCounter.

Chrome first eclipsed Internet Explorer worldwide by the narrowest of margins at the end of May, and has again gained a further, but slight, advantage during the month of June. Chrome’s share stands at 32.8% as of the end of June, while Internet Explorer holds on to its 32.3% share. 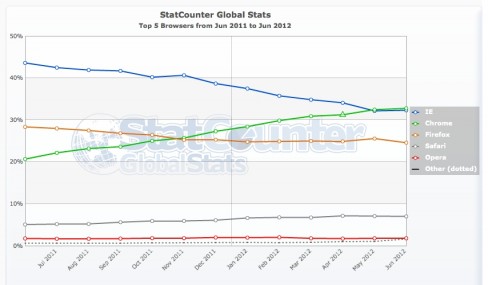 We conducted our own analysis of the browser market in October 2011 and concluded that Google Chrome would overtake Internet Explorer with a market share of 34% in June 2012. We overestimated Chrome’s growth by 1.2% over the nine months but underestimated Internet Explorer’s disappointing rate of decline by 1.7%.

Somewhat surprisingly, and contrary to its previous six months market share performance, Internet Explorer actually witnessed a very slight gain of 0.19% in June. This gain was overshadowed however by Google Chrome’s share increase of 0.33% in the same month.

The modesty in Chrome’s gain – the smallest in quite some time – and the fact that Internet Explorer managed to increase its user base for the first time since last November, suggests that the market shares of both browsers are beginning to normalise. While Chrome may again increase its share modestly in the months leading to its fourth birthday in September, Windows 8 promises Internet Explorer 10 around the same time, something that is sure to impact positively on Internet Explorer’s position.

Chrome isn’t content with simply ruling the desktop browser wars either. In April, Google released Chrome for Android and last week Chrome for iOS. Chrome for mobile isn’t yet registering on StatCounter’s mobile browser statistics page so it’s hard to imagine a similar fortune at this early stage. Android’s default Browser app is the current winner, although Opera and Safari mobile are close behind.