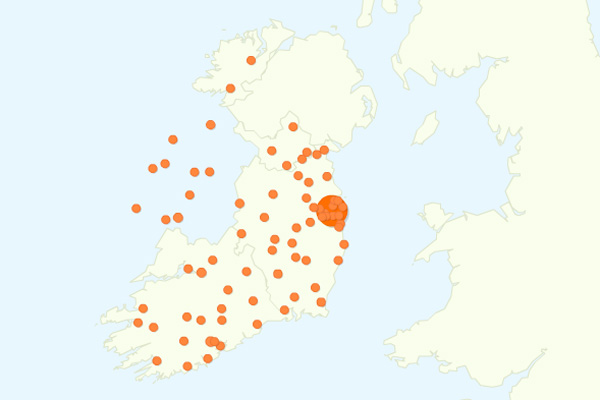 Location reports in Google Analytics will soon delineate Irish counties, replacing the current provincial overview that was introduced in June of this year. This news follows enquiries that we made to Google regarding missing location data for Ireland in Google Analytics last month.

A spokesperson for the Google Analytics team stated that their engineers are “working to repair the Analytics map in Ireland” and that they would soon be “changing the map to delineate Irish counties rather than the historical provinces”. This is great news for many Irish webmasters who will soon be able to rely on more accurate and simplified Irish location data. The spokesperson added,

“So instead of seeing Connaught, Leinster, Munster and Ulster, you will see Galway, Limerick, Cork, Dublin and all of the other counties of Ireland.”

The six counties in Northern Ireland and the rest of the UK, however, will not be represented at county level. This has to do with Google Analytics’ current three-level taxonomy limit for location reports; ‘Country/Territory’, ‘Region’ and ‘City’. Since many Analytics users wish to report on UK-wide metrics, data is aggregated in a single ‘UK’ territory, with each of its four countries represented as regions. City level granularity is then provided as the final taxonomy level. Had Google Analytics provisioned for four levels of taxonomy into their location maps, counties in the UK would surely be represented.