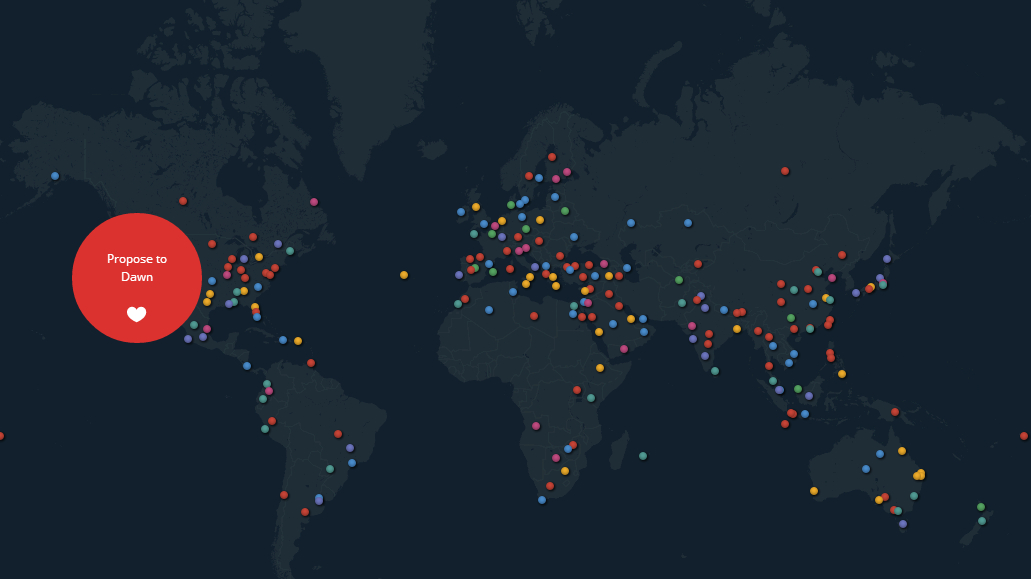 Lovelorn Googlers are swamping Google’s New Year’s Zeitgeist website as they tell the world that in 2013 they’re resolved to find love in the world.

The search giant has released a special Google Maps web app on its Google Zeitgeist website on which it wants you to post your 2013 New Year Resolutions.  The reason, says Google, is that you’re more likely to keep your resolutions if you put them on paper (or pixels) and tell a friend. Google says,

“Research shows that you’re more likely to achieve your resolutions if you write them down and have support. Try sharing your goals with communities around you. When you’re ready to share your new year’s ambition with the world, or if you’re interested in seeing what resolutions look like around the globe, add it to the interactive resolution map on our 2012 Zeitgeist website.”

Google has created the map as part of its Zeitgeist subsite, which it usually uses to track and report the most popular search terms by country at the end of each year. But this year Google has expanded the site to include the ability to map the world’s 2013 resolutions.

Not only can you add your resolution to the maps but you can explore the resolutions already published to the site from around the world, according to various categories.

Google allows you to post and search resolutions by seven categories; Love, Health, Career, Finance, Family, Education, and Other, although from what we can see we’re mostly looking for love this year.

From sweet messages like, “Love my GF more,” to declarations of intent, such as “Propose to Dawn,” and good wishes “Have love in the world” it seems that amour is in the air for 2013.

That’s not too surprising; according to Google’s review of the most used search terms of 2012, the term “what is love” was one of the most Googled in various countries.

So, whatever your resolutions are it seems that love is one that most of us want to keep.