Mozilla, Wikipedia & Facebook thank you for protesting SOPA/PIPA, but warn that vigilance is needed 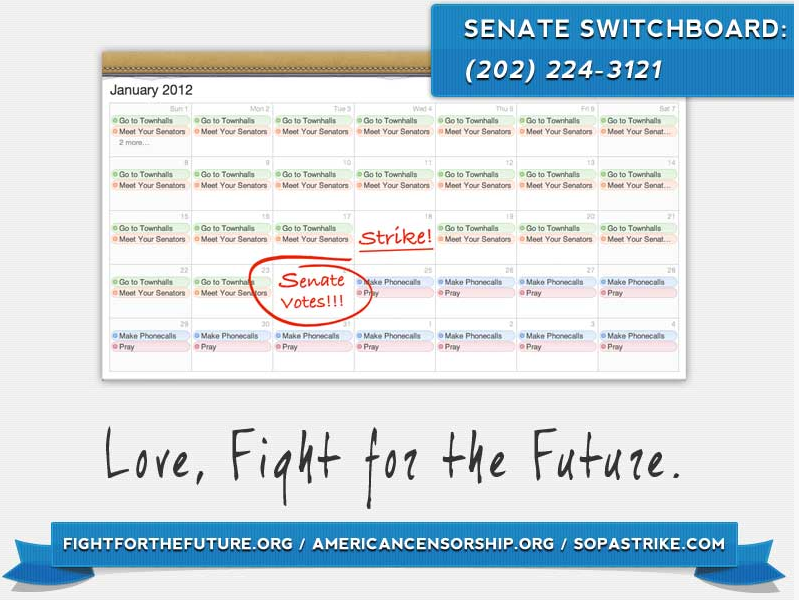 Mozilla, Wikipedia, Facebook, CheezBurger, and SOPAstrike have each thanked the millions of users and website owners who protested the introduction of SOPA and PIPA following the news that Lamar Smith, SOPA’s chief sponsor has dropped his bill and Harry Reid, the sponsor of PIPA, has postponed a ballot on his. 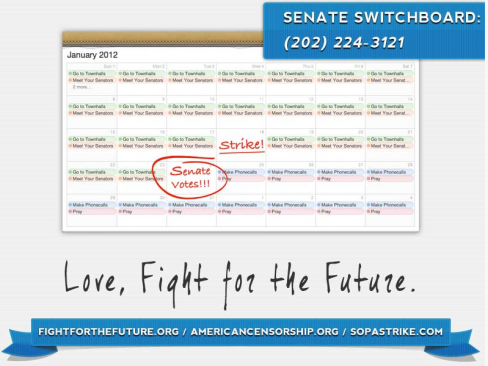 Smith wrote on the House Judiciary site saying he “heard the protests” but insists that further legislation is needed to protect copyrights holders.

Reid said that he will work towards editing PIPA before it’s voted on.  He said “There is no reason that the legitimate issues raised by many about this bill cannot be resolved”

Meanwhile, some of the organisers of the protests wrote to their users thanking them for participating in Wednesday’s ground breaking online protests.

The CheezBurger Network’s CEO, Ben Huh @benhuh;one of the key leaders in the online protests, tweeted,

In a blog post published late on Friday Huh struck a cautious tone,

We did well. It was almost too late, but the rallying cry was loud and clear — we would not let a back room, lobbyist-driven bill that will restrict free speech, hamper innovation, and jobs.

But it was too close for comfort. I’d like to sit back and savor this moment, but I feel like a man who almost got shiv’d in the back in broad daylight. I don’t feel at ease with the current state of the world.

A triumphant Mozilla emailed its users thanking them them for their support but also warning that the “fight is not over,”

“Great news — this morning, Congressional leaders announced that votes on both the Stop Online Piracy Act and the PROTECT IP Act have been postponed! Make no mistake — you made this happen. This week, more than 13 million people spoke out against these disastrous pieces of legislation, and there is no doubt in anyone’s mind that it’s your protest and your action that made it happen.”

Speaking before today’s announcement Wikipedia thanked the 162 million users who visited the site on Wednesday.

“The Wikipedia blackout is over — and you have spoken.

More than 162 million people saw our message asking if you could imagine a world without free knowledge. You said no. You shut down Congress’s switchboards. You melted their servers. From all around the world your messages dominated social media and the news. Millions of people have spoken in defense of a free and open Internet.

We’re turning the lights back on. Help us keep them shining brightly.”

Facebook also thanked its users and said it was willing to work with legislators to help prevent copyright infringement.

“We want to thank the millions of Facebook users who shared their views with us, with members of Congress, and with their friends and families on this important issue, and who changed the direction of this harmful legislation. We appreciate that lawmakers have listened to our community’s concerns, and we stand ready to work with them on solutions to piracy and copyright infringement that will not chill free expression or threaten the economic growth and innovation the Internet provides. “

SOPAstrike released an enormous infographic showing the huge number of tweets, postings, and users involved in Wednesday’s day of protests.  They report that 10 million signatures were collected, over 3 million emails were sent and over 115,000 known sites took part.

On Thursday Twitter confirmed that over 3.9 million SOPA related tweets were posted on Wednesday.

SOPAstrike breaks this down further and reports that 2.2 million tweets were posted with the word SOPA on the day; 105,000 tweets mentioned Wikipedia; about 411,000 tweets mentioned PIPA – SOPA’s sister bill. SOPAstrick also warns its users that further protests could be needed, “Today, the internet learned to defend itself. We could still lose…But things will never be the same.”

As Facebook expands, it stands to gain from Ireland’s banking downfall