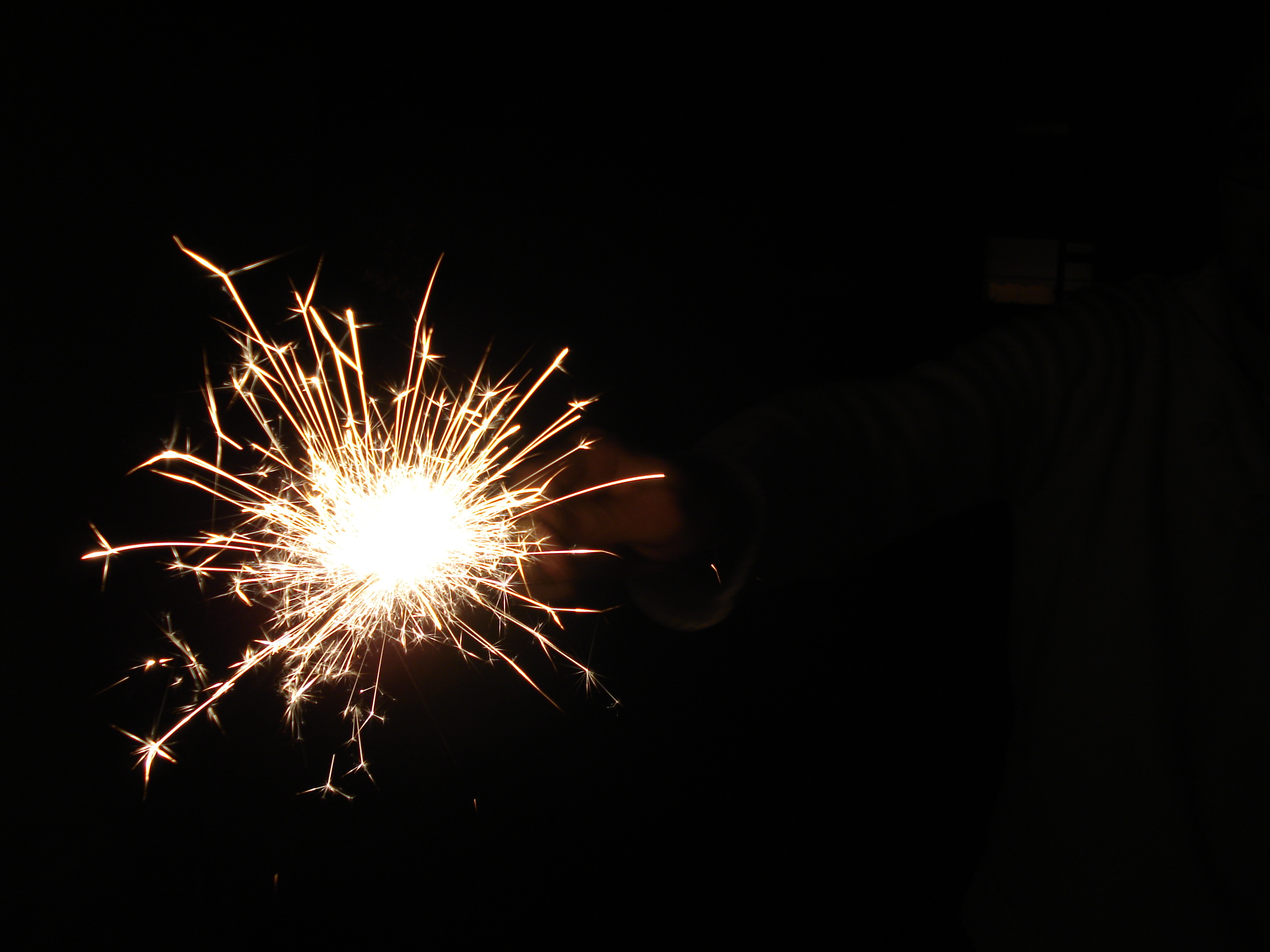 NASA has released before-and-after images showing the impact the massive power outages had on the North Eastern US on Friday. This is the same storm that brought down the Amazon-hosted Netflix, Pinterest and Instagram sites for nearly six hours. 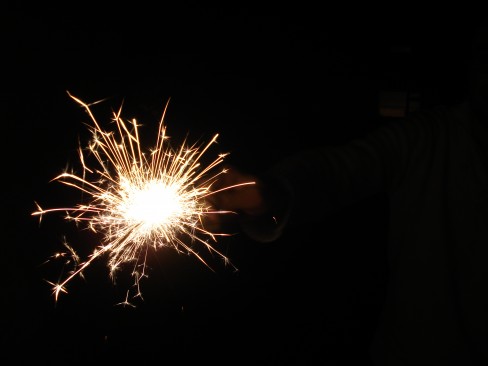 NASA’s Suomi National Polar-orbiting Partnership satellite used its Visible Infrared Imaging Radiometer Suite (VIIRS) system to take these aerial photographs of the North Eastern US, showing Washington DC, and Baltimore suffering from extensive power outages (note: Philadelphia is not visible in the after-photograph as it was under cloud cover at the time).

The space agency says the storm, known as a “derecho” saw hurricane force winds (upwards of 60 miles per hour/~96.5 kilometers per hour) batter the US from Illinois, Indiana, Ohio, West Virginia, Virginia, Maryland, and Washington, D.C. 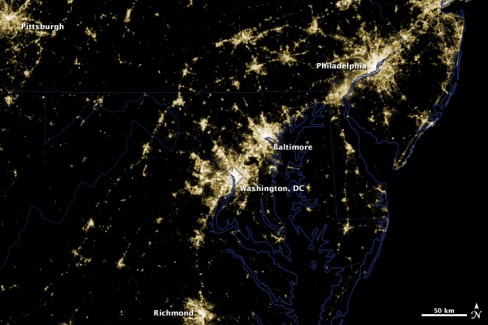 Before: This image from June 28 shows the North Eastern US before the power-outage. NASA Earth Observatory image by Rob Simmon using data from the NASA/NOAA satellite S-NPP. Caption by Aries Keck. 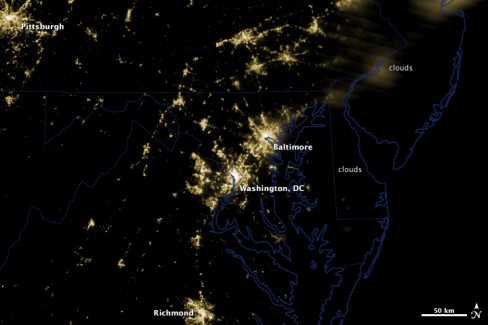 After: This image from June 30 shows the North Eastern US after the power-outage. NASA Earth Observatory image by Rob Simmon using data from the NASA/NOAA satellite S-NPP. Caption by Aries Keck.

NASA described the weather on Friday as “rare and fast-moving” which might be some comfort to Amazon, which has been criticized for not getting some of the most used web-services back online as quickly as it should have.

Netflix, Pinterest and other sites rent server space from Amazon, as part of the company’s AWS product.

Sudden and severe outages appear to be a slight problem for Amazon.  Last August one of the company’s server farms in Dublin, Ireland, was brought down following a bout of bad weather.  Initially the company claimed that lightning struck its Dublin data centre but later, in a 4,000 word explanation, said that it was a series of hardware, software, technical, and human, errors which resulted in a prolonged outage.  The last outage Amazon suffered was the previous April.

Similarly, in this case, Amazon says a 20-minute outage in one data center in Northern Virgina, along with other problems caused the prolonged outage. Amazon said it will spend a number of hours over the coming weeks to prevent another outage of this type occurring

Although to be fair to Amazon, NASA described just how bad the storm was;

According to the National Weather Service, the gigantic windstorms of a derecho are as powerful as tornadoes, but the winds don’t twist, instead driving in a straight line. To be classified as a derecho, the swath of wind damage must extend more than 240 miles and the storms are powered by hot, humid weather.

To put the outage into context, the agency added that 22 people lost their lives and 4.3 million households went without power for the following days.