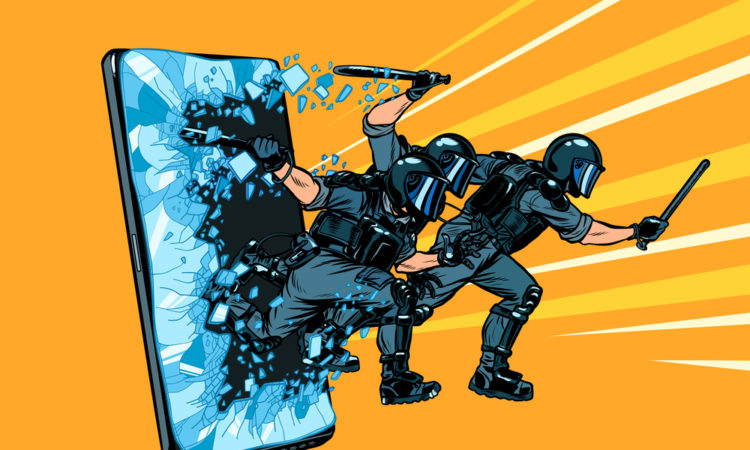 Both the Chinese Communist Party (CCP) and American big tech companies seek to regulate fake news, out-of-context headlines, and content that goes against their respective countries’ governing values — be they socialist or democratic.

“After the rectification, mobile browsers that still have outstanding problems will be severely dealt with in accordance with laws and regulations until related businesses are banned” — State Cyberspace Administration of China

As response to “social concerns,” the CAC demanded that by November 9, mobile browsers operated by Huawei, Alibaba-owned UCWeb, Tencent QQ, Qihoo 360, Sogou, Xiaomi, vivo, and OPPO must conduct internal investigations and take steps to “rectify” and stamp out:

“After the rectification, mobile browsers that still have outstanding problems will be severely dealt with in accordance with laws and regulations until related businesses are banned,” the Chinese digital censorship and propaganda agency announced.

The CAC asserted that mobile browsers have “become a gathering place and amplifier for ‘self-media’ dissemination of chaos” in recent times, and the state-run agency invited the Chinese people to rat out their fellow “netizens” who publish unauthorized content.

“During the period of centralized rectification and supervision of rectification, the cybersecurity and ‘informatization’ department welcomes supervision from all sectors of society,” the Communist cyber police statement reads.

“The State Cyberspace Administration of China will verify and deal with the clues reported by netizens in accordance with laws and regulations.”

Whereas the CCP demands that its own big tech companies block content “that violates the core values of socialism,” most big tech companies in America have decided to block information that they think could potentially violate democratic values and processes, such as online influence campaigns aimed at election interference — all the while applying fact checking labels for context, or confirmation bias — depending on whose side you’re on.

Many Americans argue that big tech companies selectively censor way too much content and limit free speech while others demand that more content should be banned for inciting real-world harm.

Editor’s Note: The quotes from the CAC were translated using an online translation service and are consistent with reporting by Reuters.