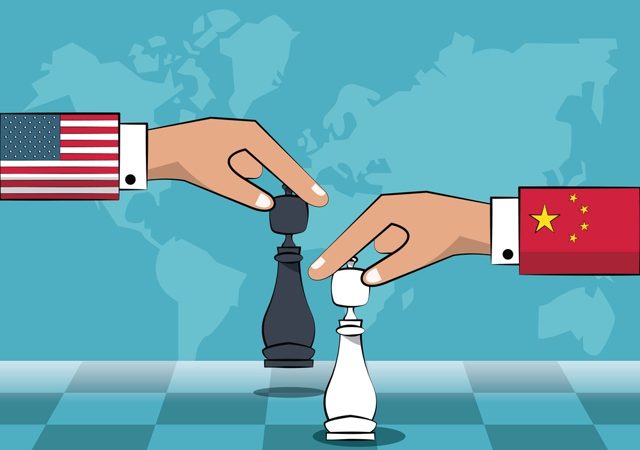 The White House unveils a national strategy that promotes American innovation and democratic values while protecting its critical and emerging technologies from authoritarian regimes like China.

The first pillar is about strengthening America’s network of innovators, so they have all the resources to research and develop critical and emerging technologies (C&ET) at speed and without hindrance.

The second pillar has to do with safeguarding American innovation from authoritarian regimes like China, and to “ensure that competitors do not use illicit means to acquire United States intellectual property, research, development, or technologies.”

It also aims to “protect the integrity of the R&D enterprise by fostering research security in academic institutions, laboratories, and industry, while balancing the valuable contributions of foreign researchers.”

What is the National Security Innovation Base & Why Promote It?

People coming from universities, laboratories, and businesses that innovate with American values make up the National Security Innovation Base.

The White House strategy defines the National Security Innovation Base as:

“The American network of knowledge, capabilities, and people – including academia, National Laboratories, and the private sector – that turns ideas into innovations, transforms discoveries into successful commercial products and companies, and protects and enhances the American way of life.”

By promoting the National Security Innovation Base as part of the National Strategy for Critical and Emerging Technologies, the White House is hoping to win with innovation that promotes democratic values.

Why Secure the Technological Advantage?

The administration wants to lead the world in C&ET in order “to ensure its national security and economic prosperity.”

However, the US faces stiff competition from China in the tech arms race, and whomever wins will have an advantage in setting international norms.

That’s why the part about protecting and enhancing the American way of life is clearly written into the definition of the National Security Innovation Base.

For years, the People’s Republic of China (PRC) has been infiltrating universities and laboratories, stealing data and intellectual property, weaponizing technology against its own citizens, and exporting its Orwellian tech to autocrats and kleptocrats around the globe while beefing-up its Military-Civilian Fusion strategy.

The Chinese Communist Party (CCP) is “targeting sources of United States and allied strength by employing means that include stealing technology, coercing companies to disclose intellectual property, undercutting free and fair markets, failing to provide reciprocal access in research and development projects, and promoting authoritarian practices that run counter to democratic values,” according to the White House Strategy.

By securing the lead in critical and emerging technologies, the White House seeks to keep China’s authoritarianism from gaining further power and influence on a global scale.

“My concern is that China tries to fulfill a vision of high-tech authoritarianism. That governing model will appeal to other governments searching for a foundation on which to exercise their power” — Eric Schmidt

In January, ex-Google CEO Eric Schmidt testified before lawmakers that his biggest concern was that China’s high-tech authoritarianism would spread to other governments.

“My concern is that China tries to fulfill a vision of high-tech authoritarianism. That governing model will appeal to other governments searching for a foundation on which to exercise their power,” Schmidt testified.

“Our model, which is a model of a free and open society, with people coming in, new ideas, and so forth, should be the model that wins, but it’s under challenge today,” he added.

According to the White House, China and Russia “have adopted deliberate whole-of-government C&ET efforts and are making large and strategic investments to take the lead.

“As a result, America’s lead in certain C&ET sectors is declining. The United States will take meaningful action to reverse this trend.”

Industries of the Future?

The administration has actively supported the National Security Innovation Base by taking “bold action to accelerate our leadership in the technologies underpinning the Industries of the Future,” according to a statement on the new C&ET strategy from the White House press secretary.

When talking about Industries of the Future, the White House, the Senate, and the National Institute of Standards and Technology (NIST) all mention four-to-five technological domains that will power future industries.

According to NIST Director Walter Copan, the above areas “were all identified as technological domains that have the potential to transform US manufacturing, communications, health care, transportation, and beyond.”

The White House strategy highlights 20 critical and emerging technologies to promote and protect alongside the nation’s network of national security innovators.

The 20 critical and emerging technologies currently listed are:

The White House National Strategy for Critical and Emerging Technologies “establishes priority actions to protect our national security innovation base and secure our technology advantage by strengthening rules where gaps exist, insisting that agreements be enforced, and working with like-minded allies and partners to promote, advance, and ensure the success of our common principles.”