200 million users are LinkedIn, are you? #infographic 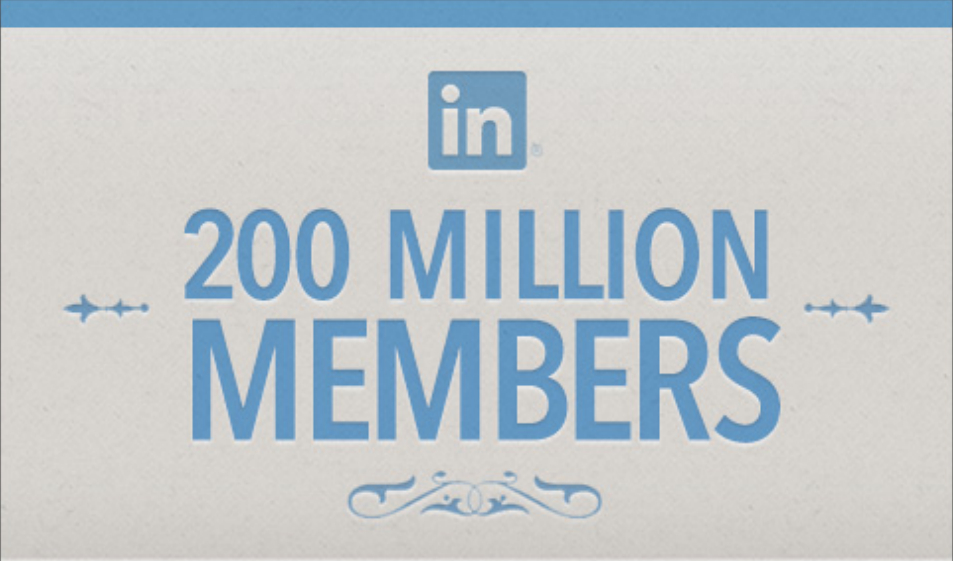 Just under 10 years after it launched LinkedIn has reached over 200 million users, according to data, and this infographic, released by the company.

According to LinkedIn’s official infographic, which was released today to celebrate its achievement, the company says that is has users in over 200 countries and territories.

The vast majority of these are in the US (74 million/37%) with India coming in distant second, which (18 million/9%). The UK and Brazil are in joint third place with 11 million users each (5.5%). According to email alerts sent to users in Ireland the company has over half a million users in the country (a total of 11% of the Irish population).

And who is the most popular person on LinkedIn?  According to the company it’s U.S. President Barack Obama.

Although, as usual, we have to be careful when it comes to numbers and social networks.  LinkedIn says it has 200 million users but doesn’t say how many of these are active (each of the social networks defines the term differently but, usually, an active user is considered as someone who makes at least one edit to their profile a month).

Ok, so these numbers can make LinkedIn’s seem a little small but considering the relative niche market it targets, 200 million is still an impressive feat for the social network.