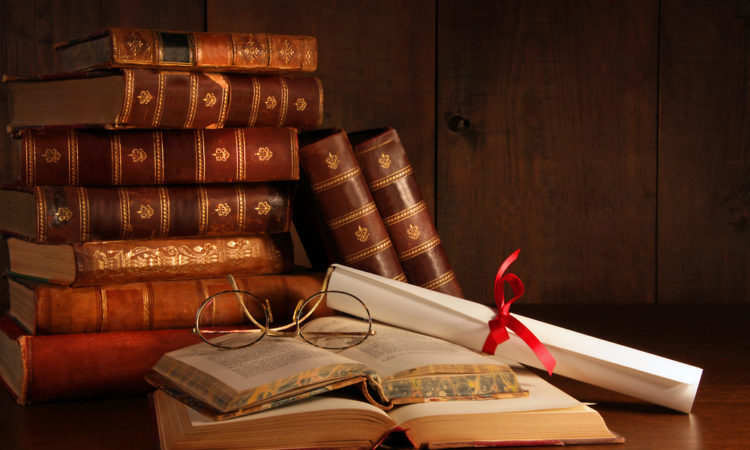 Mark Twain once said “The man who does not read has no advantage over the man who cannot read”. Books have had an incredible impact on the human race. They do not only inspire new ideas and perspectives within individual readers but have at times influenced some of the world’s greatest leaders and consequently shaped the course of history.

The books we read can have a huge impact on our personality and our achievements. To quote Kent Gustavson, founder of the ghostwriting publishing company Blooming Twig, “…what authors share is a deep desire to change the world. Our authors feel transformed through the writing of their books, and their books, in turn, change people’s lives.”

Through our experiences reading, we can relate to characters, open up our minds to new ideas and above all learn and be inspired by what they teach us. Understanding what books have influenced societies greatest minds can be a fantastic window into their minds and their journey to success. Here are three books which inspired some of society’s most influential people.

Tim Cook, the current CEO of Apple, joined the company in 1996 and has heavily influenced how the company operates, with impressive results. Most notably, Cook has received great admiration for reorganizing the company’s manufacturing operations.

“Competing Against Time” by George Stalk Jr. and Thomas M. Hout, is about how time management is one of the most essential aspects of a company. When a company organizes their time, it cuts down on costs and results in happier customers. The book has had a huge impact on Cook and he has been known to hand copies out to colleagues. Moreover, the teachings from the book are also very evident in the efficiency of Cook’s achievements.

“The Remains Of The Day“ by Kazuo Ishiguro

In its early days Amazon was an online bookseller founded by Jeff Bezos in 1995. Now it is one of the biggest marketplaces on the Internet. However, despite being an incredibly successful business man, one of the most influential books the billionaire has ever read has almost nothing to do with business.

The 1989 novel, “The Remains of The Day,” is a story told from the point of view of an English butler named Mr. Stevens, who tells the story through his diary and everyday events. The plot revolves around his work and his undying love for a housekeeper who used to work at the manor with him. The book has clearly had a huge impact on Bezos’ view on life due to his thoughts regarding what he learned from this unique book.

“If you read “The Remains of the Day”, which is one of my favorite books, you can’t help but come away and think, I just spent 10 hours living an alternate life and I learned something about life and about regret,” explains Bezos.

“A Treatise Of Human Nature“ by David Hume

Considering Einstein’s level of intelligence, it is hardly surprising that a book as complex and deep as A treatise Of Human Nature would be influential for the great scientist.

The book was written by David Hume, a Scottish philosopher and is essentially three separate books in one. The first book “Of The Understanding,” focuses on the origin of ideas. The second book “Of the Passions,” looks at how our actions are dictated by reason and passion. And finally, the third book “Of Morals,” explores the idea that morality isn’t based on logic but is more of a passion.

On a number of occasions, Einstein mentioned that “A Treatise of Human Nature” had a large influence on him. He read the book just before coming up with his well known special relativity theory. In a letter, Einstein said that Treatise helped him formulate the ideas.

While we don’t know who the will be the greatest leaders and visionaries in the future, we can be sure they will have their own personal influences which take them there. As long as thought leaders keep producing thought provoking and insightful books, the next generation of great thinkers will have a platform to learn and grow.