Do we want to kill all the mosquitoes? Tech company develops 3 new pesticides 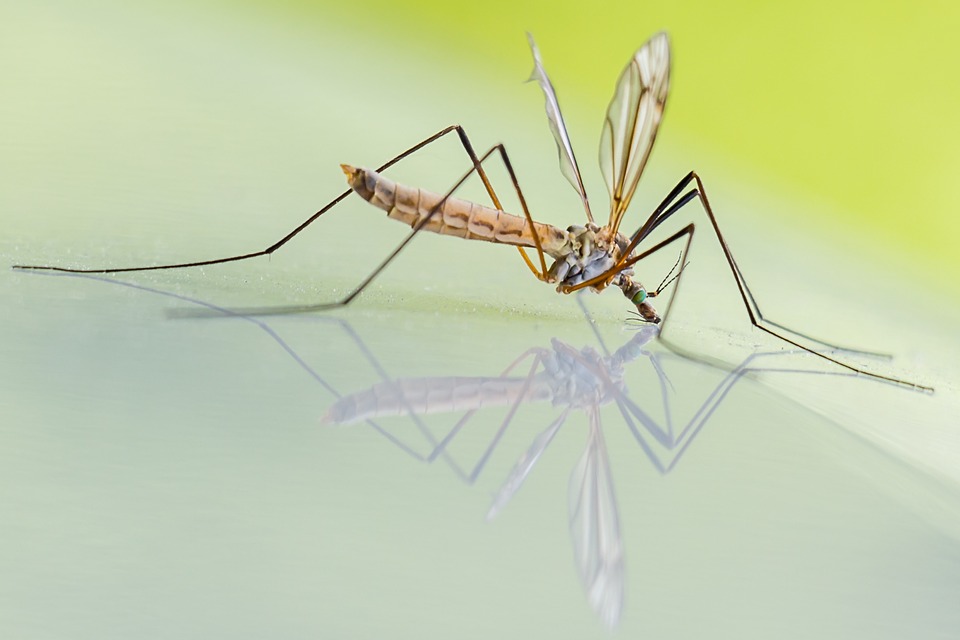 A tech company in Riverside, California develops three new pesticides, which could help eradicate mosquitoes. Is that something we want to do?

I hate mosquitoes really rather passionately. Avoiding them means covering yourself in semi-effective repellent, eating expensive pills which give you a mouth full of ulcers or using nets which either don’t work or collapse on your face during the night.

But that’s all fairly trivial stuff. Of the diseases they carry the ones you’ve heard of are only a proportion. They kill about a million of us humans every year – and that’s modern times, never mind how many they’ve killed in the past. They are the most deadly organism on earth (except, perhaps, us. But we’re working on that. For the most part we’ve at least admitted we have a problem).

During World War II malaria killed more allied soldiers in the Pacific than the enemy did. There are even reports that the Nazis developed a scheme to try and use malaria to halt allied attack through Italy (ironically, Churchill used to refer to the southern Mediterranean as Hitler’s “soft underbelly”). One US commanding officer wrote, “It is my candid and conservative opinion that if we do not secure a sufficient supply of quinine for our troops from front to rear that all other supplies we may get, with the exception of rations, will be of little or no value.”

DDT was used successfully for many years, so much so that the chap who invented it, Paul Hermann Müller, was given the Nobel Prize in 1948. But then we found out DDT was a bad thing (after most of the Western world had rid themselves of mosquitoes) and banned it in the 70s.

Now, Riverside tech company ISCA Technologies has developed three new pesticides to help fight malaria. One of which creates a human odour and can be sprayed on livestock who aren’t susceptible to malaria while another is deadly to mosquito larvae and would be sprayed in dry areas so that when the rains come the pesticide is swept up with the water and kills the mosquitoes before they get going. The final, and most promising, creates a nectar scent attractive to mosquitoes (but not bees #savethebees) and is ultimately lethal.

So, having armed ourselves with all this new stuff, is killing the mosquitoes something we want to do? I want to. But perhaps not all of them. They kill so many people, almost to the point where you’d think that even if there are ecological side effects, let’s deal with that after. Any side effects can’t be so bad as to kill a million a year? But, as with most things science, it’s more complicated than that.

There are around 3,500 species of mosquitoes, only 6% of which bite humans and only half of them carry these deadly diseases. The rest are incredibly important to the environment doing lots of pollinating of various plants (so by #savethebees logic we also need to #savethe94%ofmosquitoeswhichdon’tbitehumans).

The trick here seems to be to target the species of mosquitoes which are harmful. And yes, perhaps only 3% carry disease but let’s just get rid of the full 6% which bite us. They’re a royal pain in the arse (feel free to imagine the scenario in which that sentence would be literally true).

The discussion revolves around something called specicide, where scientists potentially create a “knockout” gene. Which sounds cool, like a sciency version of Tekken. The “knockout” gene would form part of another vital gene and cause the offspring of the host to die before graduating to vampire-ready status. I like the sound of this.

These new pesticides sound like they might just be a new version of DDT. They might not have immediate harmful side effects, but we can’t go killing ALL the mosquitoes.

We should know not to toy with ecosystems too much by now. But these approaches which target specific species of mosquitoes sound a bit good. And if we kill 6% of species then maybe that’ll leave more nectar for the bees!