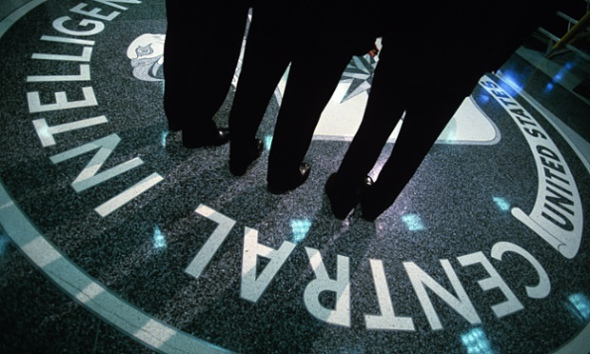 A lawsuit filed by Silicon Valley’s most secretive startup against an early investor is evidence of a covert company culture steeped in underhanded dealings.

When you have the early-backing of the most powerful and influential intelligence agency in the world, the CIA, you are already embedded in a company culture that is based on the hoarding and control of sensitive information.

Marc Abramowitz was an early investor in Palantir, and he was once considered a trusted advisor to the company; however, he is being sued by the CIA-backed startup for stealing information from the company and then filing the patent rights under his own name.

According to Kissmetrics, one of the most important fundamentals of a great company culture is “Realizing You’re a Team and Not a Bunch of Individuals.” Abramowitz is accused of acting on his own individual accord to undermine the company he invested in, and this obviously goes against one of the key foundations of great company culture.

While the philosophy of team over individuals is praised by Kissmetrics, the CIA’s own website says it values the opposite where personal goals are praised and encouraged:

“We promote an environment where employees are valued for their individual contributions toward our mission. Personal goals, interests, and strengths play largely in how careers take shape. Many of our employees have been here for years and plan to stay.”

According to Forbes contributor William Craig, “Trust is absolutely critical in the workplace […] Sure, you can hire people who seem trustworthy, but making trust a company value – with zero exceptions – falls squarely to you as a business owner.”

The CIA, whose backwards dealings have covertly overthrown democratically-elected heads of state for decades, is an organization that functions according to its own definition of company culture when it comes to trust.

That culture has oozed across its Venture Capital branches to infiltrate and corrupt the individuals it has influenced as evidenced by Abramowitz’s alleged betrayal of company trust “by asking for confidential information about key projects in fields like cyber-insurance and clinical drug trials, and then filing for patents based on what he learned.”

Apart from Abramowitz, another early backer of Palantir is In-Q-Tel (IQT) that also provided funding to Pokemon GO creator John Hanke’s companies. IQT is the CIA’s Venture Capital firm in Silicon Valley whose mission is to identify, adapt, and deliver innovative technology solutions to support the missions of the Central Intelligence Agency and broader US Intelligence Community.

The CIA operates in the business of intelligence with a mission of secrecy. In-Q-Tel funds startups that benefit the intelligence community, including Palantir.

“Founded in 2004 by former PayPal CEO Peter Thiel and several others, Palantir uses proprietary software to crunch vast amounts of data for the likes of JPMorgan Chase and the United States military’s Special Operations Command, with the goal of producing useful and even predictive insights,” Buzzfeed reported.

With connections to big banking, the US military, and big data research, Palantir’s existence is a testament to the CIA’s core values and company culture — “Empowered by the need to get the job done,” “risk taking,” and “focused entirely on the mission to gather and supply intelligence.”

The CIA has proven since the end of the Second World War its Machiavellian company culture in that the ends always justify the means, no matter what the cost, and its trust has been eradicated by every covert operation such as the overthrowing of governments, illegal drug smuggling, and mind control experiments on civilians under Project MK ULTRA.