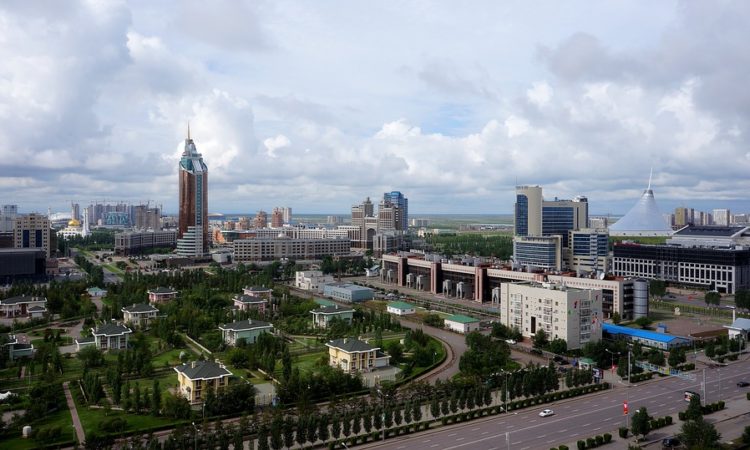 Kazakhstan is positioning itself as a hub for tech and startup companies and this ambition will be on full display at this year’s Qazaqstan Technology Forum, taking place October 12 in the capital of Astana.

The Qazaqstan Technology Forum is one of the most significant innovation platforms in the country and the whole Commonwealth of Independent States (CIS) region.

The event is one of the most important sites for innovation in the country. Within the framework of the Forum, there will be panel sessions focusing on key issues of innovation development of the country, as well as applied master-classes for the startup community of the CIS Region.

In recent years, the Kazakh government has been supporting the growth of startups. According to The Next Web, “From 2010 to 2014, the National Agency for Technological Development [NATD] handed out some $47 million in grants and loans to 600 startup projects.”

There are many obstacles for Kazakhstan to overcome to become a global powerhouse for tech and startups. When asked in 2015 what he thought of the Kazakh startup ecosystem, software developer Bakytzhan Baizhikenov told e27, “I think it is in its early stages. We lack good engineers, good infrastructure, payment systems and other things. The market is small. The only way to succeed is to test here and go international.”

However, this year’s Qazaqstan Technology Forum will address these concerns, and it will be held within the framework of the premiere Techstars Startup Week Kazakhstan on October 12 at The Rixos President Hotel Astana.

In different years, participants of the Forum included the Head of State Nursultan Nazarbayev, the Prime Minister of the Republic of Kazakhstan, the Nobel Peace Prize laureates, prominent political and state figures, domestic and foreign scientists, entrepreneurs, and other representatives of the innovation ecosystem in Kazakhstan.

This year plenary and panels discussion will revolve around topics such as:

Among the confirmed speakers of the Qazaqstan Technology Forum are representatives of leading international organizations in the field of innovation and technology such as 500 Startups, Techstars, TechCrunch, and the World Bank, including:

The Forum hosts leading foreign and domestic experts, innovation and technology business representatives, government officials of the Republic of Kazakhstan, domestic and foreign scientists, heads of the largest local and international companies.

The Digital Kazakhstan state program was approved in December 2017 and aims to improve the standard of living of every Kazakh citizen through the use of digital technologies, according to the Astana Times.

The plan is to implement the program within five years from 2018 until 2022 in five key areas:

Within these five areas, there are 17 specific goals and 120 projects.

The implementation of the “Digital Silk Road” includes the expansion of communication networks and ICT infrastructure, as well as strengthening cybersecurity. From 2018 to 2020, 2,616 rural settlements will be provided with broadband access to the internet.

To support innovation in Kazakhstan in early 2016, Kazakhstan and the World Bank launched the Fostering Productive Innovations Project.

Other Project components will support Kazakhstan’s efforts to further integrate innovation into economic diversification and development.

The components will focus on strengthening the capacity of large technology consortia and technology transfer offices, establishment of an early stage funding facility to support promising technology-based startups through the most difficult growth period, and will also support the creation of the Innovation Observatory to monitor performance of the National Innovation System.

The combined impact of all these components is expected to significantly scale-up the results of the Technology Commercialization Project, and strengthen the quality and relevance of research and development and innovation in Kazakhstan.