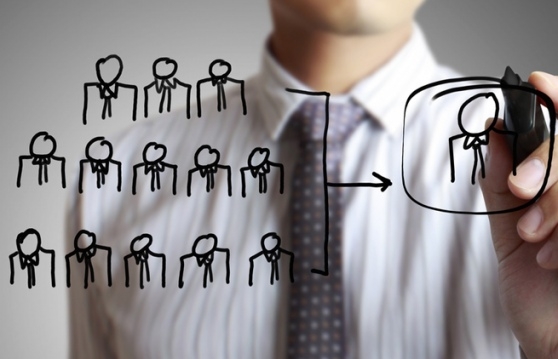 Job openings continue to increase, and a connected world means Millennials are much closer to a prospective position than ever before.

Unemployment in October in the US dropped to 5% – an all-time low since April 2008 – as the national economy has continued to pull itself out of the aftermath of the Great Recession.

Ninety-four percent of companies used social media to recruit in 2014. Increased connectivity is a valuable asset for recruiters, but how do employees use these tools? But as national job turnover statistics continue to creep up and the online world providing a portal to a greener pastures, are Millennials becoming job-restless?

Social Networks Battle It Out

Increasing job openings in selected sectors, combined with a connected professional society opens many doors for Millennials today. Sites such as LinkedIn allow employees a platform to show-off their skills and professional acumen. This technology enables the connected to grow an awareness of job possibilities, and closes the gap between the candidate and the recruiter. Seventy-three percent of 18-34 year olds have successfully found employment through these channels.

Additionally, 89% of recruiters report having hired someone through the professional social network LinkedIn. Herd Wisdom recruitment statistics, however, point to Facebook as a far greater source of applicant success with 18.4 million applicants discovering roles through the social network, compared to 10 million on LinkedIn. Twitter additionally boasts 8 million job matches for applicants, yet recruiters continue to lurk within the LinkedIn domain.

In 2012 Facebook launched its long-awaited Job Board, aggregating positions from top recruiting companies like Indeed, USA Jobs, and many more. According to Engagement Labs, the success of this offering boils-down to how the audience engages and responds to the content. This combined with the huge reach of Facebook – 1.5 billion users – gives Facebook a great advantage over the alternatives while LinkedIn has just 97 million, and Twitter 316 million, according to Statista.

A rise in mobile usage in conjunction with improved online accessibility to jobs provides a means for the connected professional to easily explore job possibilities. Pew Research’s 2015 survey of mobile usage habits furthermore revealed 43% of smartphone owners have used their devices to look up information about a job, and 34% used their devices to apply for a job in the previous 12 months.

In September the US Bureau of Labor Statistics reported 5.5 million job openings, with 2.7 million quits. While this level has held consistently for the last 13 months, more general quitting statistics have steadily increased since the economic recession of 2008.

The industries most affected by high turnover this year have been accommodation and food services (up 66 thousand, according to the US Bureau of Labor Statistics). Many industries are indeed characterized by short-term job placements and high employee turnover. As HR departments search to drive improved company cultures to retain employees, and technology continues to drive movement, employees are faced with improved options, in an evolved industry.

Sociable spoke to Adam Lawrence, CEO and co-founder of Liveli job-management app for SMEs, sharing his insights on an evolving industry.

“As the service sector continues to expand we are seeing great pressure on both wages and competition in the bottom quin-tile of income earners,” said Lawrence, adding, “Job seekers are increasingly opting for human-powered services, in an on-demand economy. Companies like Uber and Lyft are posting dozens of times per day, competing for the same employees that would traditionally work in hourly paid positions.

After its initial explosion on the job market scene, social media is now starting to drive actionable insights. Instead of invitations spamming users, managers and recruiters are now focusing on tailoring their social recruitment strategies. Mid-sized companies that leverage sites like Facebook and Twitter often end up with a higher cost per applicant. Frequently large scale platforms or companies have misused their reach – these processes are now being refined.”

Through accepting that many industries are simply suited to a quick-change employee structure and embracing new technologies that look to ease the recruitment process, a strengthening economy is likely to provide a continued wealth of opportunity in this space.

An effect of this may well be a shorter life expectancy in a role and a higher level of turnovers. However, as industries continue to fragment and develop, and HR professionals adapt to new offerings, this may not be for the worst.