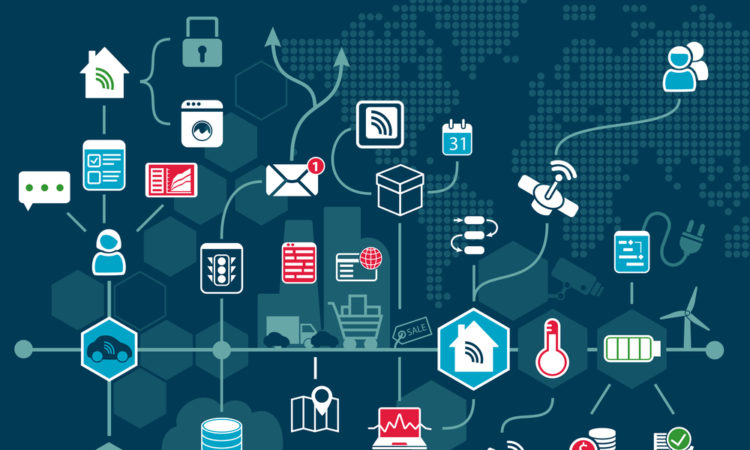 “So, you’ve probably heard of data,” Cameron Conaway, Director of Marketing Communications at Ottawa-based software company Solace told The Sociable, as he prepared to unpack the heavy jargon often associated with the industry.

Conaway, who used to be an investigative journalist, is familiar with explaining the complexities of Solace in a simpler storytelling format, to reach large audiences.

“I think when people talk about data, they’re often talking about it in its end state, data when it’s in an Excel sheet and can be analyzed,” he said.

“I think when people talk about data, they’re often talking about it in its end state, data when it’s in an Excel sheet and can be analyzed” — Cameron Conaway

What people don’t think about, Conaway explained, is how it ends up there.

“Nobody ever talks about the fact that that data has to move,” he pointed out.

Basic ‘events’ — or packets of data moving around while events happen — that occur on a daily basis might involve actions like swiping a credit card, which requires the transportation of data.

Banks are notified, online banking apps on a user’s phone update, and for all of this to happen, data packets must move from data centers to public and private clouds, in order to trigger the next event.

And all of this happens using event broker technology.

Innovation based on data and fact is key for leading IT organizations, IoT and mobile applications and other enterprises.

But, as the name is defined by SAS insights, big data is “so large, fast or complex that it’s difficult to process using traditional methods.”

This therefore suggests that only those companies who know how to handle it properly are able to use these data insights to leverage real value for their customers.

And part of handling this data properly involves not overlooking the human element of businesses while getting caught up in data analysis. Industry leaders, for instance, have recently deemed the buzzword “data-driven” to be problematic.

Instead, innovation is now about being “data-informed.”

Solace’s customers typically deal with huge volumes of data on a daily basis, which they cannot afford to lose.

Its client The Royal Bank of Canada, for example, moves 65 billion events per day through its capital market system.

To put these numbers into perspective, they equate to approximately 750,000 messages a second, 24 hours a day.

Solace also manages the sending of data between Federal Aviation Authority (FAA) aeroplanes in the sky and their crews on the ground.

“If you lose 30 seconds of data, that can create a monumental disaster for the customer,” said Conaway.

Singapore’s transition to a cashless society, supported largely by electronic payment provider and Solace customer NETS, has also benefited from the company’s technology.

Solace moves all of this data using an appliance called the PubSub+ Event Broker, a large physical server that runs the data, which can be downloaded onto a computer as software, and is also available in a cloud version.

“Solace provides the digital plumbing that allows all of that data to move super fast,” said Conaway. “There’s no latency.”

Although the company does have competitors, Solace provides a more energy efficient solution, says Conaway.

Solace’s success is also due to input from partners such as Boomi, he adds, whose drag and drop user interface connects different technologies, enabling Solace to move data more efficiently.

When it comes to industry advancement, Solace is pioneering the move towards seeing event movement in real time, Conaway explained.

“The whole idea around events has always been confusing to people because it’s always been invisible,” Conaway said. “And for the first time now, you’re going to be able to see everything.”

The movement of data packets is presented by Solace’s PubSub+ Event Portal, which displays visual diagrams that update by the second, and can be shared within teams.

“You’re immediately alerted to problems that you might not have seen until the next day when you got into the office and ran the analytics machine,” Conaway said.