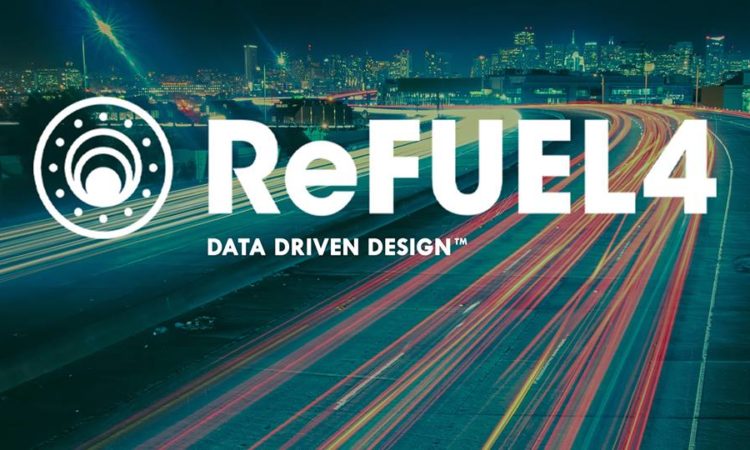 Time is constantly changing the face of advertising. From where we see ads to what type of ads we see are forever shifting for a plethora of reasons, influenced by everything from new laws to evolving consumer taste. For example, just in the past week, it was announced that Edinburgh would be banning street advertising boards after councilors agreed they were considered “obstacles.” And the digital world is no different. News publishers are now struggling to accept the new advertising changes implemented by Facebook, employed to counteract the company’s recent issues with political ad campaigns.

In almost every space advertising is witnessing constant change, and keeping track of this can be tough. To get a better understanding of the modern world of advertising and where it is heading we spoke with Kazu Takiguchi, the CEO and founder of ReFUEL4, the world’s leading data-driven online ad creative management platform.

Fox has recently announced plans to cut commercial time to two minutes per hour. Do you foresee other channels cutting down their commercial time, and if so how do you think this will impact TV advertising?

The goal of two minutes per hour by 2020 set by Fox’s ad sales chief, Joe Marchese, is rather ambitious, considering the average amount of ad time an hour on broadcast (according to Nielsen) was still around 13 minutes in 2017.

While it makes sense for networks to reduce ad time to keep viewers engaged, a significant reduction would mean significantly lesser revenue as well. The easy way out would be to raise prices, but advertisers are unlikely to pay more for the same thing.

In the coming years, we will probably see the development of smarter ad formats and solutions for TV, such as NBC Universal’s “prime pods” which uses AI to match advertising to the content of programming and programmatic TV across both traditional and digital platforms.

TV has long lagged behind digital when it comes to integrating technology to better target and measure impact, and the time is ripe for the reinvention of TV advertising as a leaner and smarter tool with high-quality inventory befitting of its costs.

It appears that the space for online advertising is likely to become more scarce too, especially since Facebook has announced plans to shift a focus away from advertising, driving the cost up. How do you think advertising will change online over the next three years?

With over 5 million businesses advertising on Facebook every month and the number set to continue growing, we’ve passed the tipping point where users are seeing ads more often than content they are actually interested in.

This is a major concern for digital ad platforms as the value of their inventory depends on the number of active and engaged users they have, which could take a tumble from ad saturation.

The deprioritizing of ads means more competition for limited inventory, but the way to win doesn’t necessarily involve paying over the odds. Advertisers who can bridge the gap between what they are offering and what users are looking for will be able to acquire new customers more cost-efficiently and effectively.

That said, creative is set to play a central role in bridging that gap and ensuring the right message is delivered every time. More time and resources will be invested into producing quality creatives at scale, as advertisers look to get more returns on their ad spend.

On the topic of online advertising, one space which has seen consistent growth in recent years is the prevalence of Instagram Influencers. What predictions do you have for this new form of advertising over the next three years?

Influencer marketing was first positioned as the antithesis to traditional mass marketing, offering targeted and trustworthy messaging to a select group of engaged audiences instead of taking a one-size-fits-all approach.

As more marketers hopped onto this bandwagon, however, influencers became perceived as less genuine than before, with 43% of respondents in a UK survey saying they were “often inauthentic”. This is largely the fault of brands and businesses opting to work with influencers solely based on the size of their following rather than how closely an influencer aligns to what they stand for.

In the near future, we will see AI applications providing greater insight into each influencer, the characteristics of their following, as well as the specific areas and subjects of their influence, such that the match between brand and personality brings greater synergy and benefits for both.

As more budget gets spent on influencers, marketers will also be looking to better measure their return on investment. This will lead to the development of precise analytics and attribution tools, which go beyond vanity metrics such as number of likes or comments to determine the actual impact of an influencer to a company’s bottomline.

I understand your Machine Learning Marketing tool analyzes multiple versions of an ad and analyzes which will be the most successful for a certain audience. MIT recently announced that fake news might head down the same path, creating more bespoke news to impact very specific types of people. Do you think this technology will arise in other areas as well, outside advertising and fake news, either for better or worse?

We have barely scratched the surface of what AI and machine learning can do. With developments such as Google’s AI voice calling system, it’s not a stretch to imagine AI being used to predict and deliver the most successful sales pitch via phone in the future.

Yet, technology itself is neutral and we are the ones to ultimately determine whether it’s used for better or worse. For each instance of fake news, there will be an AI-enabled system detecting and taking them down. From Facebook’s decision to emphasize the importance of AI ethics in the latest iteration of its developer conference, it’s not hard to imagine the issue coming under the spotlight and becoming a subject of heated debate in the coming years.

What first inspired you to create ReFUEL4?

Back when I was running growth and acquisition teams in my previous startups, the task of selecting the right creatives for ad campaigns irked me. There was a lot of subjectivity involved and this inspired me to develop a more data-driven approach in the form of ReFUEL4. Today, I’m glad we have taken a huge step towards solving this problem for many advertisers and marketers.

What is the main focus for ReFUEL4 over the next year?

We are continually working with ReFUEL4’s global network of designers to build their capabilities through sharing of best practice and building centers of excellence. This skills base is essential to consistently deliver high quality creatives which exceed our clients’ expectations. As machine learning takes over most of the levers used to optimize campaigns, creative will only grow in importance for advertisers looking to get the best possible ROAS.

Our clients have told us they appreciate the efforts we take to understand their brand identity and what they stand for. This has helped in the production of truly bespoke creatives which not only perform well, but align closely to our client’s messaging across multiple touchpoints. They are keen to work closely with a dedicated team of designers to build a stronger understanding over time, and we are looking to facilitate this.