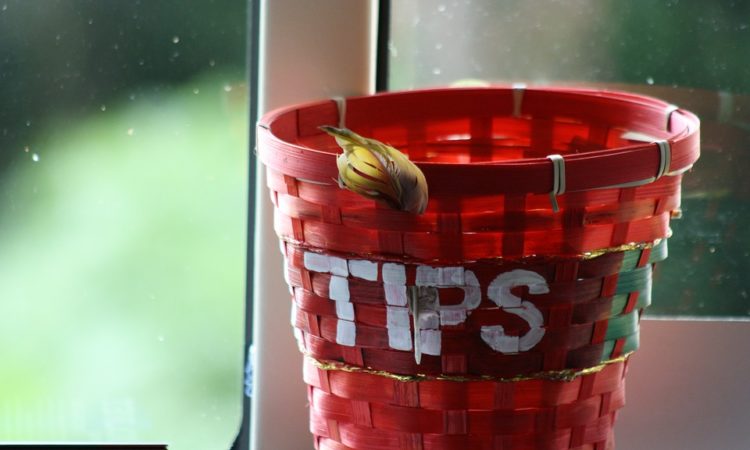 Have you ever thought that “liking” a tweet didn’t quite do it justice?  Well now you can tip the creator with small amounts of cryptocurrency.

Sergio Abril,  a Spanish digital designer and iOS developer has produced an application which facilitates micro-payments of Bitcoin on the Twitter platform. The app – called Tippin – is available as an extension on the Google Chrome web browser.

Abril released the app on Saturday, taking to Twitter to announce it’s availability:

? Remember when you couldn’t know which one of your Tweets was that good to get a tip? Well… From now on, you’ll know!

The app is made possible through the use of lightning network – a technology built on top of the Bitcoin network that facilitates instant micro-payments at minimal cost.

In an interview with CoinDesk, Abril expressed his confidence in the future success of the app:

“In my opinion, tipping is going to be incredibly popular with lightning network;  It’s the first time we can send small amounts almost at no cost, and we do it incredibly fast.”

Many of the leading influencers in the crypto-space are active Twitter users.  It has been instrumental as a medium in propagating the recent Lightning Torch initiative.  The Bitcoin Lightning Torch is a recently conceived movement, having commenced on January 19, 2019.

The concept originates with a Bitcoin enthusiast, known on Twitter as ‘Hodlonaut’.  In essence, the motivation behind the movement is to demonstrate the versatility of Lightning Network. The layer 2 payment protocol  has the ability to send micro-payments efficiently whilst conventional means could not achieve the same outcome due to costs.

From a promotional perspective, the initiative is structured to run in a similar manner to a chain email.  However, Twitter was the medium used.

– I send 100k sats with https://t.co/va7XSnFii0 to the first person I choose to trust that replies to this.
– That person adds 10k sats and sends 110k to someone (Either from reply to a new tweet, or this thread)

How many sats before it breaks?

The narratives of the Lightning Torch and Abril’s Tippin app are intertwined as ‘Hodlonaut’ sent the first Lightning Torch payment using the Spanish developer’s Lightning Network wallet.  The torch has been passed between some notable personalities in the crypto and tech sphere – including Twitter CEO Jack Dorsey and  Elizabeth Stark of Lightning Labs.

In a recent podcast, Dorsey addressed the idea of facilitating tipping on the Twitter platform.  He expressed the view that between Bitcoin and Lightning Network the technologies exist to assist in dealing with the challenges that Twitter is facing in terms of trust, identity and providing more economic incentive.  He confirmed that the facilitation of tipping on the platform has formed part of active discussion within the company recently.

It seems that Abril’s app has solved the problem for Dorsey’s Twitter.  Dorsey expressed his approval via his own company’s platform.

“I hooked this up and already got tipped some satoshis.”

Abril developed the app as a personal side project.  His motivation has been to better understand Lightning Network and to assist in bringing about adoption.  However, he feels that Lightning is already gathering momentum even though it’s still in beta.  A Firefox browser extension will follow in the coming weeks.