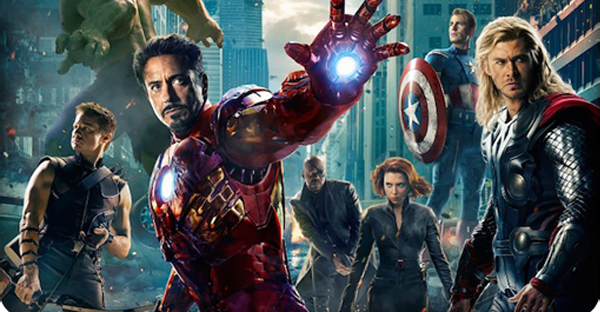 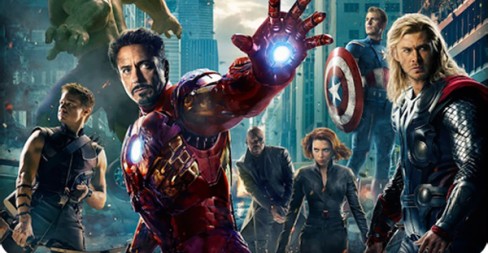 Very minor spoilers ahead, so consider yourself warned!

The eight-year-old me who fell in love with The Avengers comic back in 1974 would have adored this movie, though I suspect he would have been a little baffled as to why it’s called Avengers Assemble. But I’ve ranted about that before, so let’s all just agree that the movie is really called The Avengers, and move on.

Good news is that the forty-six-year-old me who still has a deep love for The Avengers comic also adored this movie. Seriously, I can’t remember when I last saw a movie that was so much fun.

I’m a huge fan of live-action films based on comic-books, and for the most part even when they’re bad movies I still find something to like about them, so I admit it, I’m biased. The Avengers would have to have been exceptionally rotten – on the scale of Green Lantern or Batman & Robin rotten – for me not to get some enjoyment out of it.

Rottenness wasn’t likely with The Avengers because (a) the preceding movies in the Marvel Cinematic Universe – Iron Man, Iron Man 2, The Incredible Hulk, Thor and Captain America – were all great fun, and (b) it was co-written and directed by Joss Whedon, the genius who revitalised television with Buffy the Vampire Slayer, Angel and Firefly. 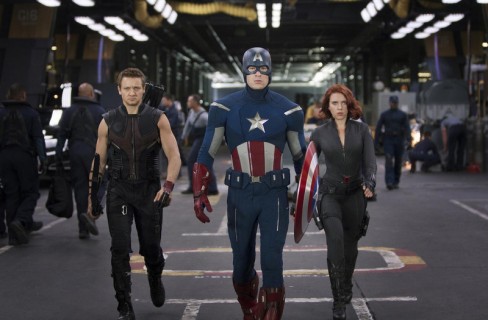 That’s quite a list… Did I forget anyone? Yes, of course, I forgot Mark Ruffalo who plays the part of Doctor Bruce Banner / The Hulk. To be honest, I didn’t forget him. I just left him off that list deliberately. And here’s why…

In Ang Lee’s 2003 movie Hulk, the part of the good Doctor is played by Eric Bana. He’s great in the role, but overall the film is flawed. Though its action scenes are tremendously exciting (Hulk beats up a tank with bits of another tank – you can’t go too far wrong with stuff like that), the film takes itself too seriously. Plus I’ve seen it six or seven times and I’m still not sure what happens at the end.

The 2008 sequel / reboot The Incredible Hulk (directed by Louis Leterrier) is a lot better. Edward Norton takes over the role of Banner and he is spot-on perfect. The action is top-notch and on the whole it’s a much more satisfying experience. Norton was originally lined up to reprise the role in The Avengers, but negotiations fell through.

As soon as I heard that, I was worried. I mean, imagine if it had worked out – we could have had Robert Downey Jr. and Edward Norton on-screen together! Two of my favourite actors, in a superhero movie that also has Hawkeye in it – that would have been cinematic heaven!

But it was not to be, and instead of the great Mr. Norton we’ve been saddled with his hardly-a-household-name, what’s-he-been-in-again? replacement Mark Ruffalo.

An ensemble movie like The Avengers can handle one dud character because there’s so much else going on. So, phew, we’re safe! It’ll be all right: there’s a guy in powered armour who can fly, lots of explosions, a big exciting battle scene that would make any movie-director proud and which turns out to be only a prelude to the real climax which is even bigger and more exciting, and Hawkeye (who is cooler than cool and even cooler than that – please can we have a Hawkeye solo movie?).

So it doesn’t matter quite so much that Edward Norton isn’t in the movie. And what makes the deal all the sweeter is that Mark Ruffalo is so absolutely perfect as Banner that within minutes I’d completely forgotten about Edward Wossname. Seriously, Ruffalo is fantastic. I’m not kidding: he is the man – he’s the best thing in the movie, and that’s saying a lot. He plays Banner with incredible subtlety, his whole body-language hinting at constant restraint even when he’s being pushed. Banner has several scenes with Stark and the two work together beautifully.

Fact is, the character exchanges all-round are exactly what you’d expect from Joss Whedon. As his TV shows have demonstrated many times, he is a master at character interaction, and this is the movie’s strongest thread. Yes, the action scenes are thrilling and feature lots and lots of property damage – as is only right – and more attacking of things with hammers and shields and arrows than you could ever hope to see, but it’s the quiet moments that give The Avengers its power… And its humour: Whedon’s always been good at tension-dispelling humour and this movie is no exception. There’s a good half-dozen laugh-out-loud moments will make you want to jump up and applaud.

The editing / direction is nicely paced: nothing feels too rushed or too drawn-out, and for the most part the time given to the main characters is well-balanced.

I would have liked to have seen more of Thor (and perhaps a better explanation as to exactly how he manages to get to Earth – the ending of his own movie made it pretty clear that the door was – literally – closed on that point), and Captain America: though the good Captain does have a lot to do in The Avengers, his eponymous movie has only a couple of moments of the man-out-of-time aspect that makes the character so fascinating, and that’s only briefly touched on in this outing. I guess they’re saving that up for Captain America 2.

Also on the downside is the 3D aspect. I’ve only seen a few other 3D movies, so perhaps I’m not the best one to judge, but I don’t much care for it. It adds nothing to the movies, and only serves to constantly disrupt the suspension of disbelief: when it doesn’t quite work, you find yourself noticing it (a good special effect is one that you don’t even know is there: the Hulk, for example, is ten-feet-tall and green, and yet he always looks like he’s really on the set), and when the 3D does work – and a lot of the time in this movie it works very well – you find yourself thinking “Oh, that looks nice!” Filmmakers: we don’t want that. We want to be immersed in the escapade without being constantly reminded that we’re watching a film.

But those minor niggles aside, The Avengers is a triumph. The folks behind the scenes should be very, very proud of their creation. They’ve succeeded at a task that many believed impossible: taken a dozen established characters from five different movies and mashed them together into a new film that surpasses all of them and works as a stand-alone adventure.

My inner eight-year-old is already bugging me to take him to see it again… He doesn’t even need to ask.