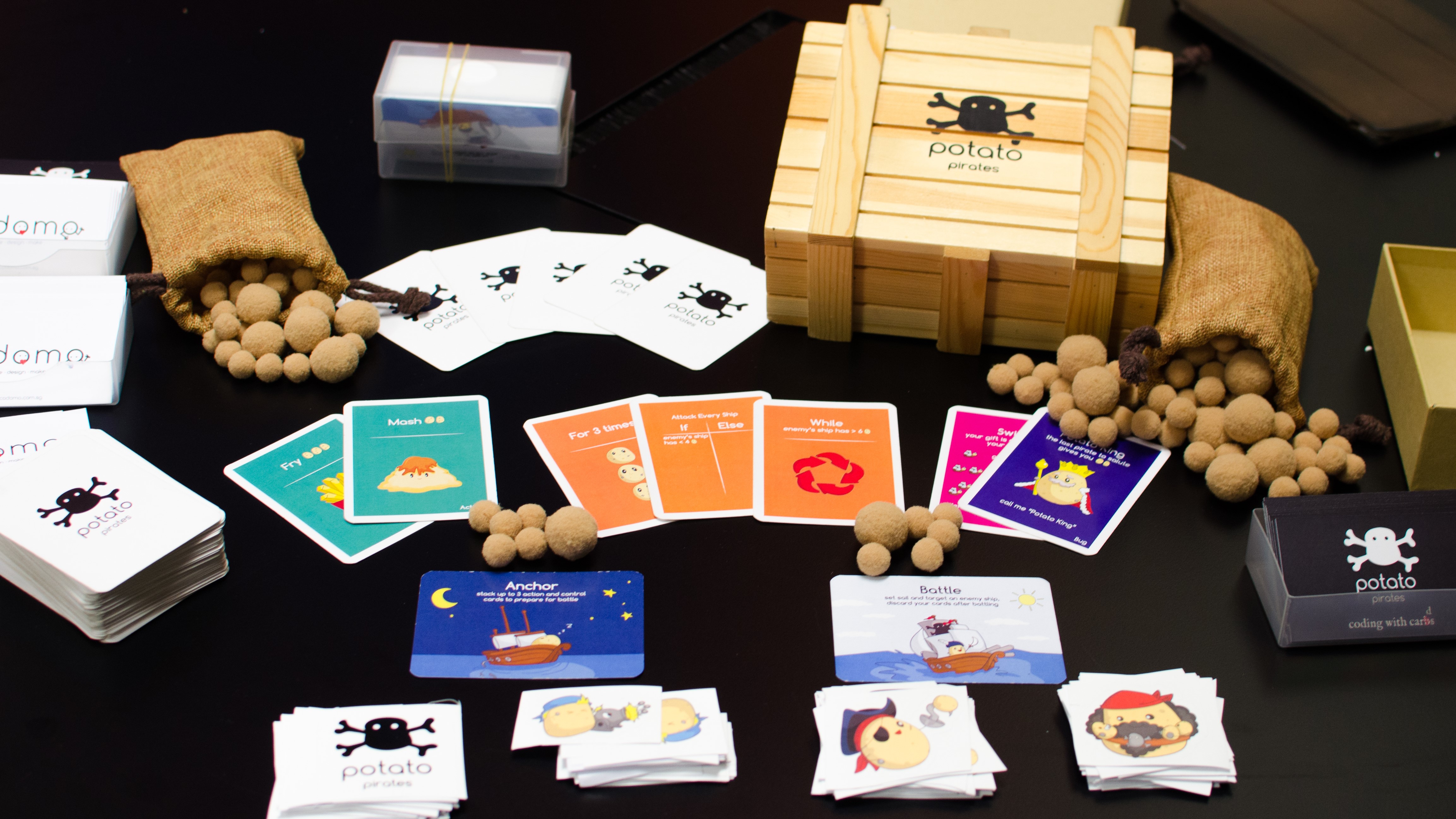 As the tech sector needs more people who can code and the education system catches up, kids games are the way forward for closing the STEM skills gap.

Learning to code is going to be like learning science or history, arguably it already is. It’s one of the mechanisms which has shaped the way the world works and understanding what happens, why, and how is going to require coding knowledge. Never mind that the number of people the tech sector needs to fuel its growth is only going to go up.

So, as science and history have their fun kids games that serve as introductory pastimes, luring unwitting children into information and knowledge like vegetables hidden in mashed potato, so Codomo have used potatoes to hide an introductory understanding of coding. Potato Pirates, to be precise.

In this game, your role as a potato pirate is to use your ships and potato crew to save Potato King or eliminate the other pirates. Collecting all seven Potato King cards will save the king, but whatever your approach you’ll be “Roasting”, “Mashing” or “Frying” while watching out for “Hijacks” and being “Denied”. As the action cards are deployed they can be combined with “For” and “While” cards and others which introduce concepts like functions, for loops, while loops, if-else conditionals, nested loops, boolean statements and others.

Further down the line there will be expansion packs which introduce some of the more complicated aspects of coding. But for the moment the game is set to function as a social way of introducing these concepts to kids (and perhaps parents unfamiliar with coding too) while not deferring to an iPad for lessons.

The Kickstarter is off and doing well, so that’s where to go if you want a piece of Potato Pirates.