New blockchain-SAP marketplace ushers in ‘second generation of the internet’ 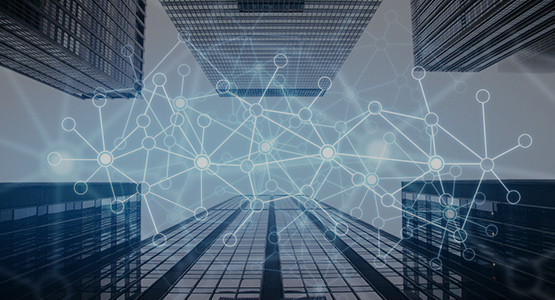 Equidato Technologies AG, the joint venture between blockchain distribution platform DECENT and Venaco Group has announced its unveiling of SophiaTX, a revolutionary blockchain platform and marketplace that will revolutionize how companies large and small do business.

SophiaTX is the world’s first open-source platform to integrate blockchain technology with SAP. The system offers enormous potential for not just users, but the global economy as a whole. Worldwide, 87% of global businesses and 98 of the top 100 most valuable brands in the world use SAP software. This accounts for up to $16 trillion of consumer purchases, and 74% of transaction revenue worldwide every year.

For blockchain technology to reach or surpass the potential experts predict (storing at least 10% of global GDP in the next decade) tackling the SAP market is a crucial step.

Additionally, countries such as the UK have predicted that blockchain could even increase the GDP by 3% should it choose to introduce a Central Bank Digital Currency (CBDC)

Blockchain has been touted as ‘the second generation of the internet’. Previously, we have discussed blockchain’s potential as a powerful P2P tool. This is because the decentralised nature of blockchain potentializes the evolution of an entirely new way to share and distribute things of value, much like the internet made it possible to share decentralised information. The difference being that with blockchain, the sharing is not information, but rather, products of value such as music, money, and possibly even votes, which are all safely bought, sold, and exchanged in what is being called the ‘internet of value’.

And it has the potential to change the way that businesses, and individuals, operate worldwide. Disrupting the traditional way we transfer value, which has proven to be time-consuming, ineffective, and sometimes inaccurate. The idea is to remove intermediaries that cause bottlenecks, rather than facilitate value exchanges, to speed up and streamline the entire processes.

By leveraging the advantages of distributed ledgers, businesses will be able to increase productivity, shorten cycle times, as well as share information across the entire value chain. Furthermore, companies will be granted the ability to drive significant peer-to-peer sharing of information either within the company, or externally. This includes cooperating with suppliers, distributors, service centers and customers.

The advanced encryption ensures privacy in addition to confidentiality with business transactions so that only approved parties and individuals are able to access the information. This lowers the probability of errors and delays and clearly defines responsibility and liability for each transaction, promoting transparency through the use of smart contracts.

Blockchain is powerful for many reasons but a major factor behind why experts view blockchain technology as a key player in the future of payment transactions is that it solves the double spend problem. That is, currently we need banks and intermediaries to ensure that, when someone wants to transfer an object of value to someone else, the object of value is actually transferred, and the original owner does not retain the object in question, whether that be 100 dollars, or a music file.

Blockchain solves this problem by transferring ownership of assets in a way that is immutable and final. Previously, when a file was shared over the internet the original owner would still have a copy. The blockchain platform helps to solve this phenomenon by only allowing ownership to go to the authorized persons. This occurs through a verification and confirmation process.

It is not just the commerce sector that will be affected. According to venture capital database CB Insights, education, automation, real estate, and healthcare could all be industries that are disrupted by blockchain.

With SophiaTX, described as ‘blockchain for business’, companies can reshape their business model through the newly implemented technology. This includes leveraging smart contracts, improved collaboration, and perhaps most importantly, the ability to share information across the entire chain.

Speaking of the innovation, SophiaTX and Equitado CEO Jaroslav Kacina said in a press release, “Integrating blockchain with SAP allows businesses to deliver efficiencies, better collaborate along the value chain and even shape their business models.”

In May of this year, SAP announced the launch of its new cloud-based Blockchain-as-a-Service (BaaS) product which was released as part of the SAP Leonardo product line. With this, clients of SAP were able to access the service anywhere, much like Google Docs or similar cloud-based services.

This marked a change from the traditional ‘on premises’ services and technology that was owned by the end user. Instead, the ability to access from your home, the cafe or nearly anywhere, gives further freedom, and all on a secure network.

SophiaTX’s platform offers a scalable and flexible solution which will coincide with the building and implementation of new STX-powered applications over time. These applications will be tailored for selected processes of enterprise applications in which peer-to-peer architecture and, more importantly, decentralization is sought after and beneficial for the company.

This couples with the STX marketplace, fuelled by STX Tokens to cover mining and transaction fees, which will contain tools to trade applications and assets, information, process maps or blueprints, integration, and professional consulting services which will accelerate adoption and employment of the solution.

Being open source, this allows for the applications to be extended to further collaborative and decentralized blockchain-enabled business models. The platform will spend the initial eighteen months enabling connectivity and Enterprise applications – such as SAP – before full introduction in June 2018.

The future is now

Other plans for the platform include business-compliant file storage and management of private keys along with their recovery. The tail end of 2018 is expected to consist of integration to other ERP, CRM and SCM solutions as well as an advanced encryption mechanism to protect the privacy and confidentiality of business transactions, in addition to a full-feature smartphone app.

By integrating these processes with the platform, SophiaTX will cover an array of business models and operations, giving companies more control and granting them the benefit of branching out and communicating directly with consumers, vendors, and potentially even competitors.

Furthermore, by implementing immediate information exchange, trust amongst parties will be promoted whilst also demonstrating security, yet not at the cost of individuality, but instead preserving it.

Eventually, in 2019 or earlier, it will be enhanced by IoT, and process automation and optimization along with data archiving, retention and analytics. Those wanting to engage with this platform can do so, as SophiaTX will hold an ICO (initial coin offering) later in the year.