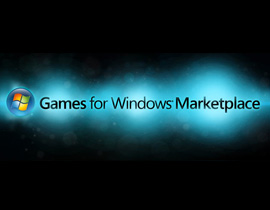 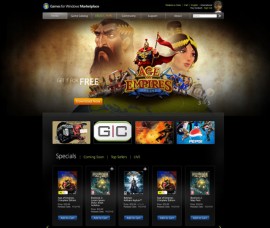 Microsoft have announced Games for Windows Marketplace, a new browser-based PC game store that combines Microsoft’s Windows Games on Demand with the ease of the web. The marketplace will launch on November 15th and will offer users a large selection of games, simplified navigation and purchase, and recurring specials such as “Deal of the Week”.

Anyone with a Windows Live ID can login instantly and start shopping. The store will also support the use of Microsoft Points (as well as credit card purchasing), allowing the 25+ million Xbox LIVE, Zune Marketplace and Games for Windows users to use their Microsoft Points seamlessly across all platforms.

Kevin Unangst, senior global director of PC and Mobile Gaming at Microsoft said: “With Games for Windows Marketplace, we set out to create a digital store built for PC gamers end-to-end”.

“By integrating with our existing Xbox LIVE and Windows Live services, we’ve made it easier than ever for millions of gamers to see for themselves how easy buying PC games can be”.