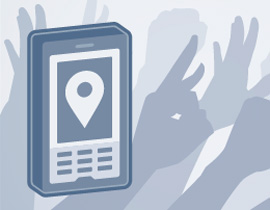 Rumours have been circulating around Twitter in the last few days speculating that Facebook Places is about to launch in Ireland. While The Sociable can confirm that Places is not live in Ireland yet, we do expect this to happen in the very near future.

A tweet from @cgallagher on Thursday reads: “Facebook places being rolled out in Ireland today. Will be interesting to see how many pubs are checked into over the bank hol weekend here!”

Another tweet from @ChristianHughes reads: “So Facebook places is going live in Ireland today. Don’t forget to give ‘I Spy Places’ a go – http://on.fb.me/ispyplaces”.

We’ve tried the official Facebook app for iOS and Places still isn’t available for us in Ireland. We contacted Facebook directly and they confirmed that Places would not be launching immediately in Ireland (in referral to that same day). However, they did not rule out a launch in the very near future: “We intend to expand our location data to include more countries and are always working hard to bring our products and features to every user around the world”.

Facebook also confirmed that the Places service is available in eight countries so far: “Places is currently available in the US, UK, Japan, Australia, France, Germany, Italy and Switzerland”.

With countries like France and Italy getting Places sooner than expected, a near future launch of Places in Ireland, within weeks even, would make sense. Facebook have previously said that they intend to launch Places in every country with reasonable Facebook penetration by the end of the year. To achieve this Places would need to keep expanding rapidly as it has done since its launch in the US, and Ireland is a very likely target.

We’ll keep you updated when Facebook Places does actually launch in Ireland.