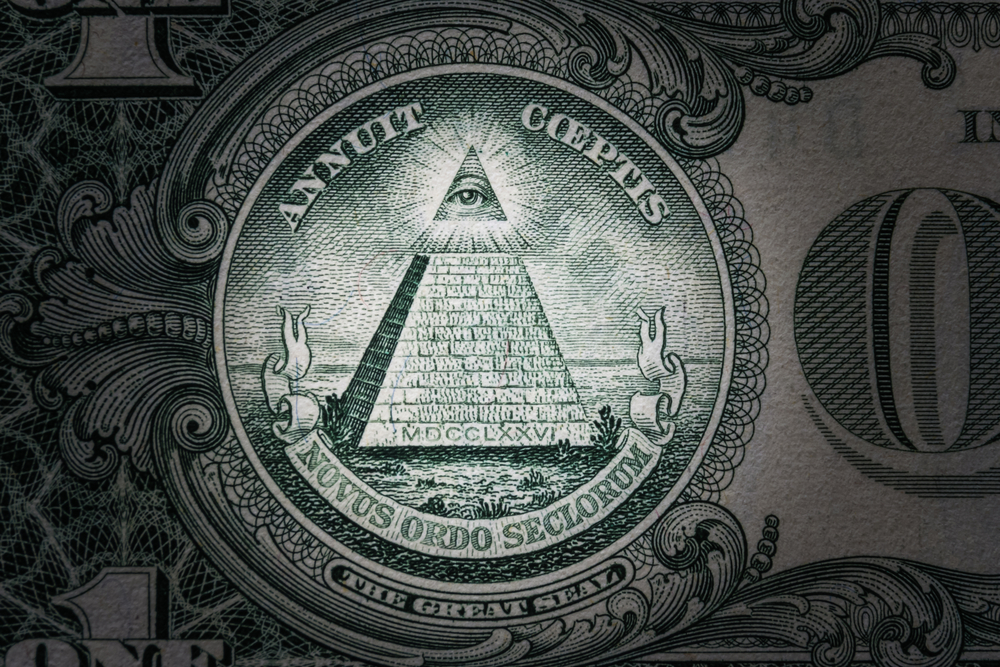 Google’s Jigsaw unit sponsors a RAND report that recommends infiltrating and subverting online conspiracy groups from within while planting authoritative messaging wherever possible.

While the 108-page report can be highly technical in describing machine learning approaches for identifying and making sense of conspiracy language online, here we’re not going to focus on any of that.

Instead, we will zoom-in on the report’s “Policy Recommendations for Mitigating the Spread of and Harm from Conspiracy Theories” section and attempt to see how they might be received in the real world.

“Conspiracists have their own experts on whom they lean to support and strengthen their views […] One alternative approach could be to direct outreach toward moderate members of those groups who could, in turn, exert influence on the broader community” — RAND report

Diving into the report’s policy recommendations, they all have one thing in common — they all seek to plant authoritative messaging wherever possible while making it seem more organic, or to make the messaging more relatable to the intended audience at the very least.

The original narrative from authoritative sources always stays the same, but the message is usually filtered through intermediaries that act like marketing, advertising, and PR firms.

What follows doesn’t have anything to do with the validity of any conspiracy theory, but rather focuses on the Google-sponsored RAND report’s messaging strategy through the following lens:

Are ‘conspiracy theorists’ more likely to believe an authoritative message when it comes from someone else?

Are they more likely to focus on the validity of the message itself without placing all their trust on the messenger?

The Google-sponsored RAND report recommends that the government bet on the former.

But could such a move actually encourage the latter?

It’s a message versus messenger type of debate.

To begin, Jigsaw’s latest collaboration with the RAND Corporation reveals that across the board “conspiracy theorists” show a high distrust of “conventional authority figures” while preferring “their own experts on whom they lean to support and strengthen their views.”

For example, the report recommends infiltrating and subverting online conspiracy chatter by singling out the more “moderate members” of the group who could become social media influencers in their own rite.

According to the report, “Conspiracists have their own experts on whom they lean to support and strengthen their views, and their reliance on these experts might limit the impact of formal outreach by public health professionals. [all emphases are mine]

“Our review of the literature shows that one alternative approach could be to direct outreach toward moderate members of those groups who could, in turn, exert influence on the broader community.”

So the logic goes:

In other words, they want to turn those who aren’t completely onboard with the entirety of the conspiracy into social media influencers for their authoritative marketing campaigns.

But what would be the incentive to flip?

The report goes on to say, “Commercial marketing programs use a similar approach when they engage social media influencers (or brand ambassadors), who can then credibly communicate advantages of a commercial brand to their own audiences on social media.”

Incentivizing social media influencers to become ambassadors for a specific brand means the influencers benefit by getting paid, and the companies benefit by reaching a wider audience.

It’s a deal driven by financial incentives in order to gain more influence.

But again, what’s the incentive for “moderate members” of so-called conspiracy groups to flip?

What would a moderate member gain by not only denouncing their former beliefs, but to be a continuous bullhorn shouting at people as one who has seen the folly of their ways?

Would it be for moral reasons, or for some other type of gain?

“It might be possible to convey key messages to those who are only ‘vaccine hesitant,’ and these individuals might, in turn, relay such messages to those on antivaccination social media channels” — RAND report

With regards to “anti-vax” groups the report suggests, “it might be possible to convey key messages to those who are only ‘vaccine hesitant,’ and these individuals might, in turn, relay such messages to those on antivaccination social media channels.”

This tactic of being sneaky about where the messaging is coming from may be one of the reasons why people don’t trust conventional authority in the first place — a lack of transparency.

The Google-backed RAND report attempts to balance its infiltration and subversion technique by recommending another approach: transparency via “transparent and empathetic engagement with conspiracists.”

“Instead of confrontation,” the report reads, “it might be more effective to engage transparently with conspiracists and express sensitivity. Public health communicators recommend engagements that communicate in an open and evidence-informed way—creating safe spaces to encourage dialogue, fostering community partnerships, and countering misinformation with care.”

In any case, all efforts at “mitigating the spread and harm from online conspiracy theories” are aimed at directing users to accept the very sources they trust the least — conventional authority.

“An additional technique beyond flagging specific conspiracy content is facilitated dialogue, in which a third party facilitates communication (either in person or apart) between conflict parties,” — RAND report

Another example of transparent and empathetic engagement suggested in the report has to do with outsourcing the authoritative messaging to third-parties.

“An additional technique beyond flagging specific conspiracy content is facilitated dialogue, in which a third party facilitates communication (either in person or apart) between conflict parties,” the report suggests.

This third party approach “could improve communication between authoritative communities (such as doctors or government leaders) and conspiracy communities.”

So far, we’ve discussed two of the four recommendations made in the report:

Both of these recommendations are about finding ways to disseminate authoritative messaging.

The remaining two recommendations have the same purpose:

With respect to correcting “false news,” the report suggests that public health practitioners use their positions of authority to “correct instances of misinformation using such tools as real-time corrections, crowdsourced fact-checking, and algorithmic tagging.”

On the addressing fears front, this tactic is a means of persuasion by “using the intended audience’s values rather than the speaker’s values” to get the authoritative message across.”

I came away from this report with a couple of observations:

Therefore, all of their suggestions are about staying the course on the narrative while filtering it through anybody who isn’t them. It’s a marketing thing.

Which do you believe is more important for discerning theories of any type — the message or the messenger?

I don’t place any judgment on what basically boils down to pure marketing tactics in the recommendations, but I do question:

Are ‘conspiracists’ more likely to place their trust in the message over the messenger, or vice versa?

From what I see, the authorities are betting on the belief that if they can just gain influence over the messenger, then their message might prevail.

I see multiple possible outcomes from taking this bet and applying the report’s recommendations in real life:

With the above scenarios, which are by no means exhaustive, I attempted to see how each recommendation could theoretically play out in the real world while trying to take of both sides’ points of view into account.

As long as the authorities don’t call for infringing on the rights of individuals (including conspiracy theorists), is there anything wrong with some of their more subversive tactics if they’re for the greater good and done with the best intentions?

And shouldn’t any theory, conspiratorial or not, collapse when presented with irrefutable evidence to the contrary?

The reality is that the strongest arguments don’t always win out, and humans are stubborn creatures. It takes a lot to knock down long-held beliefs without some type of profound revelation taking place within the individual.

“Removal of sarcastic discourse could reduce the signal-to-noise ratio between conspiracy and non-conspiracy discussions, providing a much clearer view of the characteristic stance found in conspiracies propagated on social media” — RAND report

Personally, I think the rift between conventional authorities and conspiracy groups is too great.

Authoritative messages may get through to some conspiracy theorists, but overall, I don’t think either side is going to be persuaded in any meaningful way that would effect real change.

Trying to infiltrate groups and subvert certain members seems like a tactic that would be perceived as an intrusion that furthers the divide and lead to even less trust, but we shall see how it all plays out.

If you’re looking for some background information on the report, below are a few snippets about its origins, data collection methods, and other findings. All bullet points are direct quotes from the report.

Next on the horizon, they’ll be going after sarcasm. 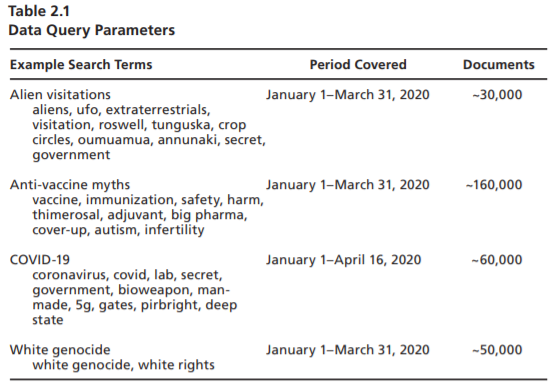 Removing Sarcasm on the Horizon

I recommend downloading the full Google-sponsored RAND report here because it goes into great detail about their data collection methods and inferences, along with studies that helped the authors formulate their recommendations.

‘When I walked the streets, cameras would recognize me, police would come running’: Uyghur camp survivor testifies