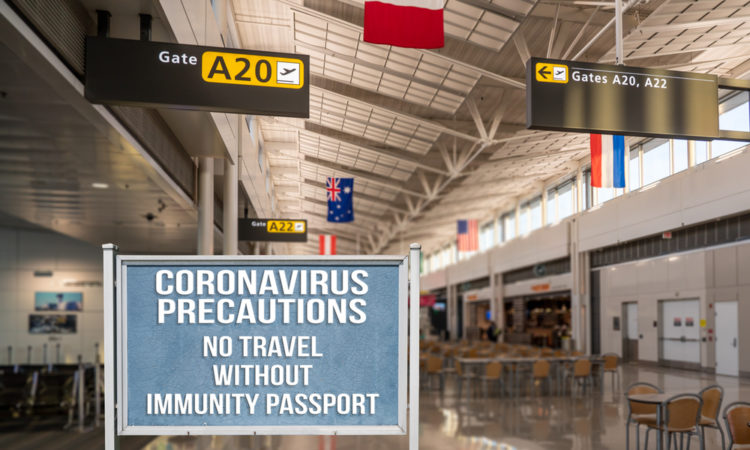 The World Health Organization (WHO) says it’s still too early for governments to implement COVID passports for international travel. Meanwhile, public and private sectors continue to prepare their rollouts.

“At the present time, do not introduce requirements of proof of vaccination or immunity for international travel as a condition of entry” — World Health Organization, January, 2021

Many governments around the world are in favor of COVID passports, and several have already begun implementing them in various stages.

These digital passports keep a record of a person’s health status, including proof of immunity, vaccination, and/or test results, which can be used to determine whether or not someone is allowed to travel in certain areas.

However, the WHO announced on Friday that for the present, State Parties should “not introduce requirements of proof of vaccination or immunity for international travel as a condition of entry.”

“There are still critical unknowns regarding the efficacy of vaccination in reducing transmission and limited availability of vaccines.”

While the WHO said that it was too early for “State Parties” to begin COVID passport rollouts, it did not rule out the possibility for future adoption in its latest Emergency Committee meeting summary, which was published on January 15, 2021.

Since the beginning of the crisis, several governments have announced their COVID passport rollout plans — each in various stages of ideation, development, trialing, and implementation.

These governments include, but are not limited to:

On Thursday, European Commission President Ursula von der Leyen also announced that she was in favor of providing a vaccine certificate that would be recognized by all members of the European Union.

But it’s not just governments that are interested in implementing COVID passports for international travel; we are also seeing many collaborations across the private sector as well.

From the companies that develop the apps to the organizations that support the app developers and the businesses that adopt the apps — all are working towards implementing COVID passports, with the idea that travel can open back up again, quickly and safely.

For example, commercial airlines like United, JetBlue, Lufthansa, and Virgin are rolling out the CommonPass digital health pass, which was developed by the Commons Project, which had the backing of the World Economic Forum (WEF).

According to JetBlue’s president, the goal of implementing the COVID passport was “to restore customer confidence and safely restore air travel.”

“There are still critical unknowns regarding the efficacy of vaccination in reducing transmission and limited availability of vaccines” — World Health Organization, January, 2021

Beyond international travel, COVID passports for non-government use are also being considered, such as for accessing public spaces like concert venues, movie theaters, restaurants, and shopping centers, as well as for opening up workplaces, like the case in Estonia.

Additionally, big tech companies are joining forces with health organizations to come up with best practices for developing and implementing COVID passports.

The Vaccine Credential Initiative (VCI) is one such coalition that was recently launched with the purpose of “developing a standard model for organizations administering COVID-19 vaccines to make credentials available in an accessible, interoperable, digital format.”

The VCI is comprised of some 12 tech and health organizations — including Microsoft, Salesforce, Oracle, and the WEF-backed Commons Project.

But while industry stakeholders see COVID passports as an opportunity to get people moving and working again, concerned citizens worry that these health status apps will be tied to a digital identity system, which can “determine what products, services and information we can access – or, conversely, what is closed off to us,” according to a 2018 report from the WEF.

The digital identity agenda picked-up speed throughout 2020, starting with contact tracing and continuing with immunity passports to monitor and control citizen mobility for the greater good.

“Vaccine passports would create the backbone of an oppressive digital ID system and could easily lead to a health apartheid that’s incompatible with a free and democratic country” — Silkie Carlo, Big Brother Watch

While tracking, tracing, and proving immunity can be greatly effective in reducing the risk of transmission and protecting those most vulnerable, these digital passports also risk enabling a global surveillance state that tramples over the constitutions of free nations the world over.

According to Big Brother Watch director Silkie Carlo, “Vaccine passports would create the backbone of an oppressive digital ID system and could easily lead to a health apartheid that’s incompatible with a free and democratic country.”

“Digital IDs would lead to sensitive records spanning medical, work, travel, and biometric data about each and every one of us being held at the fingertips of authorities and state bureaucrats,” Carlo told The Guardian last week.

And while digital identities show great promise towards improving the livelihoods of millions, they are also used by authoritarian governments to profile and police citizen behavior, like how the Chinese Communist Party’s enforces its social credit system.

According to Privacy International, “The social risks of immunity passports are great: it serves as a route to discrimination and exclusion, particularly if the powers to view these passports falls on people’s employers, or the police.”

Concerning the legal, societal, and ethical implications for governments looking to implement COVID passports and health status apps, a British think tank announced last week that it was crowdsourcing evidence on the risks and benefits to guide governments in their rollouts.

The Ada Lovelace Institute launched its open call for evidence on digital health passports and COVID status apps on the same day that British media reported that the government had begun trialing digital COVID-19 vaccine passports via a free mobile app. 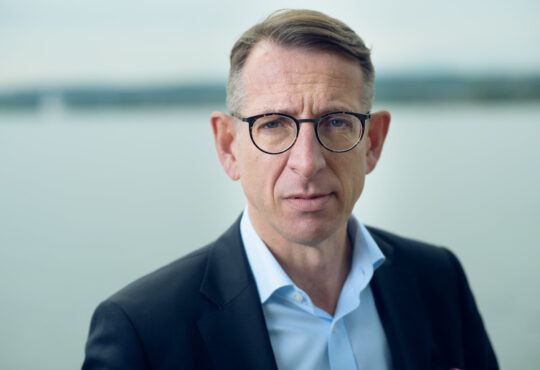