HomeMobileThe race for 6G mobile technology is already on
MobileTechnology 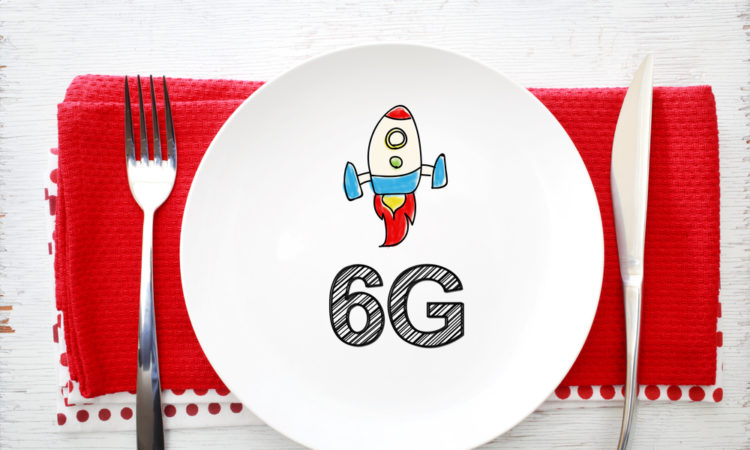 With the task of rolling out 5G technology just getting started, work is already beginning on a 6G standard.  What would 6G technology involve, who’s working on it, and what are we likely to see from the technology?

The 5G technology roll-out is only just beginning, yet US President Donald Trump has already expressed his desire for the country to develop 6G “as soon as possible”.

I want 5G, and even 6G, technology in the United States as soon as possible. It is far more powerful, faster, and smarter than the current standard. American companies must step up their efforts, or get left behind. There is no reason that we should be lagging behind on………

Some nations are taking a technological lead on developing the wireless communication standard.  To followers of technology, it will come as no surprise that South Korea is key amongst them.

On Sunday, South Korean telecommunications company, SK Telecom, entered into a collaboration with telecoms equipment vendors, Nokia and Ericsson in order to carry out research and development of 6G technology.

The Memorandum of Association (MoA) signed between the companies could be significant given that a standard for 6G networks has yet to be defined.  They will research Ultra Reliable and Low Latency (URLLC) technology, 28GHz and 5G stand alone (SA) networks to apply on commercial networks.

Korea-headquartered multinational conglomerate Samsung is also getting into the race to develop 6G.  In discussion with Bloomberg last week, the company’s vice chairman, Jay Y. Lee said that Samsung will pursue investment in sixth generation mobile networks to pave the way for future business.  Internal discussions within the company have centered on Blockchain, AI and 6G technologies as the route forward for the company.

“We should challenge ourselves with a resolution to make new foundations, moving beyond the scope of protecting our past achievements”, Lee stated.

LG Electronics, another Korean multinational and competitor of Samsung, established a 6G research center in January in collaboration with the Korea Advanced Institute of Science & Technology (KAIST).  In a press release, the company’s Chief Technology Officer – Park II-pyeong – expressed a desire for the company to take up a leadership position on 6G technology:

“In light of opening the 6G lab, we will bolster R&D for the next generation mobile network to take a leading role in global standardization and create new business opportunities”.

In recent times, South Korea has been at the forefront of technology in terms of roll-out and adoption.  Last week it emerged that the country was on the brink of achieving 1 million subscribers for 5G network services.

With a market leader in 5G technology in Huawei, the Chinese are not getting complacent and are also looking toward the future in terms of wireless technology.

6G is not expected to materialize in terms of a market ready product until the early 2030s, but China’s ministry of industry and information technology’s 5G technology working group started work in 2018 on 6G.

Finland is also striving to steal a march on the competition in terms of 6G technology.  It has launched a flagship project built around the technology called 6Genesis. , linked with the campus of the University of Oulu.

A strategic approach is being taken towards research – which breaks down into four areas:

The project brings together researchers, ICT companies and businesses that want to exploit opportunities that the new wireless technology will enable.

The Finns have put together an eight year program with €251 million in funding ring-fenced for the project.

In March of this year, a global 6G Summit event was held in Finland.  The first of its kind, the event strives to initiate the process of establishing and agreeing upon a global 6G standard for the technology even at this early stage.

Given that the full establishment of the technology and moves to implement it are still years away, it’s unlikely that even the brightest minds in the space who attended the event know what 6G actually is at this embryonic point in development.

It’s early days for the sixth generation technology.  So much so that it’s not known if 6G will need a completely new platform – and a new way of networking computers – or whether it will involve upgrading the existing 5G platform.

6G is expected to deliver bandwidth of 1 Terabyte per second (Tbps).  Speed or latency is expected to improve through the use of AI.  According to a recent report by Mind Commerce, the market research and advisory firm sees great benefit from the hyper-low latency that is anticipated with 6G.  Notwithstanding that, company founder, Gerry Christensen is more inclined to view the development of the technology as a natural extension of what has gone before.  In discussion with The Sociable, he stated:  “we see 5G as merely a bridge to 6G.”

It’s difficult to determine the specific use cases it will meet given the early stages of the development of the technology.  However, the development of the wireless standard is expected to contribute towards the enabling of Industry 4.0, personalized health services, sustainable energy and autonomous transportation.

As is often the case, engineers design and facilitate a new technology;  visionaries dream up the applications, and there’s no reason to believe that the experience will be any different in this instance.