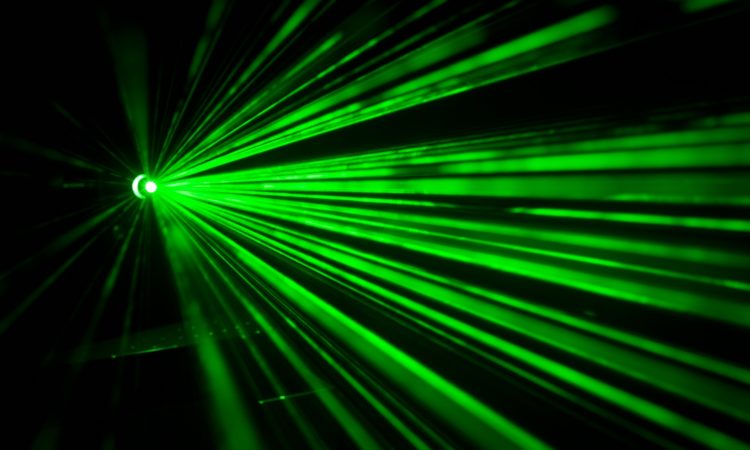 New research in semiconductor lasers promises new heights in Wi-Fi speed that might transform even 5G.

“If the development of our concept is successful, the laser radio transmitter could be used in the future in advanced wireless networks, such as 5G and beyond”

A research team at the Harvard John. A Paulson School of Engineering and Applied Sciences have demonstrated a laser that can wirelessly release microwaves, while modulating them and receiving external frequency signals.

The development, which they are calling the ‘laser radio transmitter’ was published in the Proceedings of the National Academy of Sciences.

This means the researchers have conceived of a way to transmit radio frequency wirelessly through a semiconductor laser.

Traditionally, lasers only release a single frequency of light. Now, with the help of this research, lasers that release microwaves have been found. While Wi-Fi networks use radio waves to transmit information rapidly across a network, that speed will see unseen heights with the new laser — hundreds of times faster.

As Federico Capasso, the Robert L. Wallace Professor of Applied Physics and Vinton Hayes Senior Research Fellow in Electrical Engineering and senior author of the study told Interesting Engineering, “The research opens the door to new types of hybrid electronic-photonic devices and is the first step toward ultra-high-speed Wi-Fi.”

This new development can be life changing for many of us by providing lightning fast internet download speed, rendering ‘buffering’ extinct. Whether it is episodes of Mad Men that you wish to download or that heavy-duty game, a matter of seconds might be enough.

One might wonder whether this new development is in any way similar to Li-Fi. Li-Fi or light fidelity is a wireless communication technology that uses light to transmit data and position between devices.

The Sociable asked this question to Marco Piccardo, a postdoctoral research fellow in the group of Federico Capasso at Harvard University and a researcher on the laser radio transmitter. Piccardo is exploring novel electronic and photonic properties of laser frequency combs.

He says the laser radio transmitter is different from Li-Fi, since it does not use light for wireless communication. In fact, he says the way it works is quite peculiar.

“It uses laser light to generate radio frequencies, which are emitted from the device thanks to an antenna and radiated in free space to transmit a signal containing information, as in a Wi-Fi system.”

“Such high frequencies cannot be easily obtained from other conventional electronics systems and can be used to communicate at much higher data rates than the present Wi-Fi. As such, they hold the potential to speed up wireless communications,” he explains.

What Could Lasers Do to 5G?

The laser radio transmitter could change how we use technologies like 5G in the future. 5G or ‘fifth generation’ is the mobile broadband that logically succeeds or upgrades our existing 4G LTE connection, promising download speeds in the league of 20 GBs/second as opposed to 1 GB/second on a 4G network.

At ‘several hundreds of gigahertz’, the 5G game may be about to transform to mythic proportions.

“If the development of our concept is successful, the laser radio transmitter could be used in the future in advanced wireless networks, such as 5G and beyond,” he says.

Hertz to Megahertz to Gigahertz

The study says that this work welcomes further work in ‘a type of hybrid electronic–photonic devices’. Starting from when ‘Hertz’ were in use, radio transmitters have come a long way from fundamental circuits releasing about 50 MHz to today’s abundant Wi-Fi devices that run at gigahertz radio bands.

However, with wireless data traffic threatening to become choc-a-bloc soon, requirement for new communication technologies that have the capacity of high-frequency operation for high-speed data transfer are becoming imminent.

With this work, the Harvard team has given a proof of concept of a compact radio frequency transmitter based on a semiconductor laser frequency comb.

“In this laser, the beating among the coherent modes oscillating inside the cavity generates a radio frequency current, which couples to the electrodes of the device. We show that redesigning the top contact of the laser allows one to exploit the internal oscillatory current to drive a dipole antenna, which radiates into free space,” the paper explains.

Also, because of direct modulation of the laser current, a signal in the radiated radio frequency carrier can be encoded. With the help of the results achieved in this study, we can look forward to development in applications and functionality in optical frequency combs, which include wireless radio communication and wireless synchronization to a reference source. 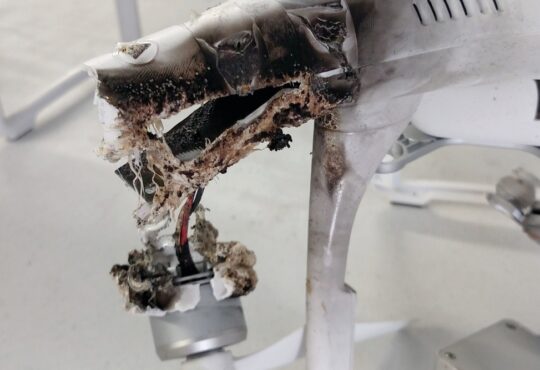