Mushrooms to save the bees from Monsanto, Bayer insecticides 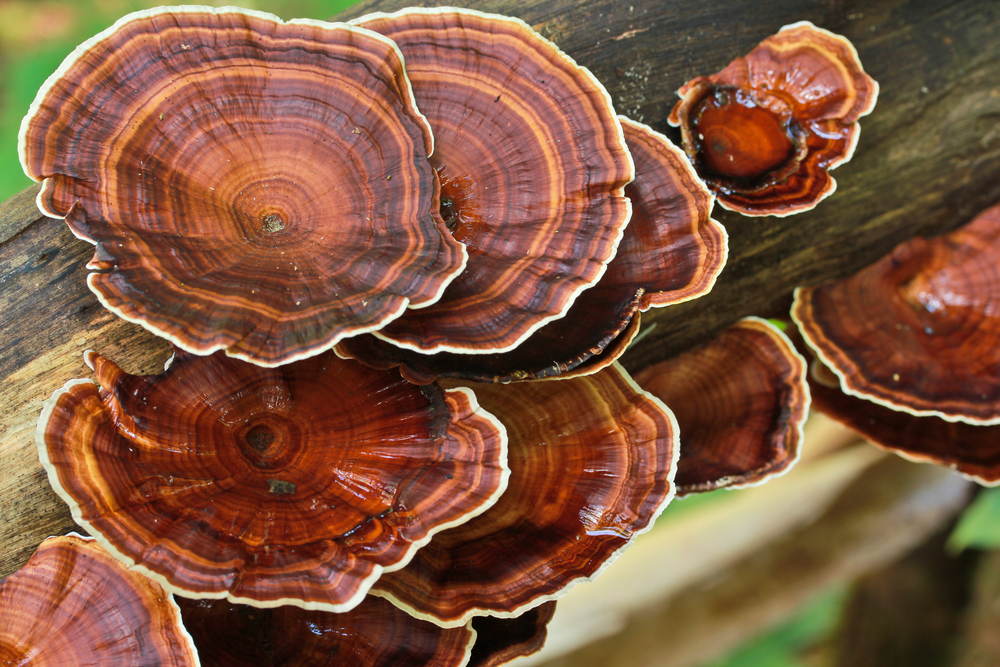 Mushrooms are the newest line of defense to save the bees from annihilation caused by parasites and harmful insecticides produced by Monsanto and Bayer.

“If the bee disappeared off the face of the earth, man would only have four years left to live” – Maurice Maeterlinck, 1901

Without the role of bees as pollinators, our crops cannot survive naturally. This affects the entire food chain, and if the bees were to disappear, we would either die or be forced to consume genetically modified organisms for the rest of our lives.

“Honeybees are the primary vehicle by which crops are pollinated, accounting for the pollination of 80% of all flowering plants and three-quarters of the country’s fruits, nuts, and vegetables,” according to GM Watch.

Bees are currently under attack from a variety of natural and man-made predators. One natural parasitic enemy of the bee is the Varroa Mite.

According to a study by Washington State University (WSU), “Without treatment, Varroa-infested honey bee colonies in temperate climates typically die within two years.”

A paper published by The Royal Society B on the effects of neonicotinoids on bees and other insects concluded that these insecticides designed to kill parasites are killing the bees as well.

If the insecticides are killing not only the parasites, but the hosts as well, what is the next line of defense to save the bees?

Mushroom mycelium to save the bees 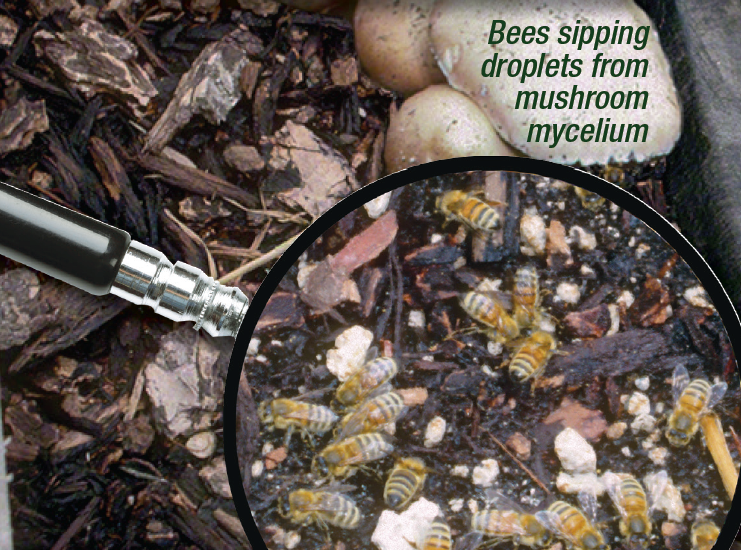 To combat Colony Collapse Disorder (CCD), which some scientists estimate could wipe out the bee population in as little as five years, researcher and mushroom guru Paul Stamets teamed up with WSU to create the BeeFriendly Initiative to “help reverse devastating declines in the global bee population that are critically threatening the world’s food security.”

Using extracts from the Reishi and Chaga mushroom dubbed MycoHoney, the team created a product called Host Defense that “extended longevity and reduction of their [bees] viral burden by more than 75%.”

The idea came to Stamets after nearly 30 years of pondering why a massive swarm of bees began “sucking” the mycelium from his mushroom patch in a fervor for 40 days straight back in 1984.

Bees are naturally attracted to the nutrients provided by mycelium and in turn, the mycelium provides antibodies to the viral burden of honey bees, including the Varroa Mite.

“How weird is this that the same mushrooms that can limit bird flu, H5N1, herpes — also positively affect bees in being able to control the viral burden and reduce them?” posited Stamets.

Mushrooms are basically immune-boosters for both bees and humans, and with their protection against the Varroa Mite, it would eliminate the need for harmful insecticides.

In order to save the bees, natural solutions like MycoHoney are the safest solutions. Monsanto and Bayer have no interest or obligation to save the bees, or humanity for that matter, and their reputations most certainly reflect that.

The abysmal reputations of Monsanto & Bayer

In the 1980s, Bayer sold HIV-contaminated plasma to poor countries in Latin America and Asia, which in turn infected thousands of hemophiliacs with the AIDS-causing HIV.

Under the parent firm G. Farben, Bayer also collaborated with the Nazis in World War II and even apologized in 1995 for using “Jewish slaves at its factories during the Holocaust.”

Bayer AG is also “the world’s largest maker of neonicotinoids, making the company an understandable match to takeover Monsanto with its own range of highly toxic glyphosate-based weed-killers such as Roundup,” according to the New Eastern Outlook Journal.

Bayer is currently making an unsolicited bid to absorb Monsanto by directly targeting its shareholders. Bayer has tried twice and failed with the most recent offer to buy Monsanto for $64 billion, but according to the St. Louis Bizjournals, analysts expect that Monsanto’s CEO will not accept anything less than $67-69 billion.

Monsanto’s reputation is even worse than Bayer’s and has the 4th worst reputation among the 100 most visible corporations in the US, according to this year’s Harris Poll. Beating out Monsanto for worst reputation are Comcast, BP, Halliburton, and newcomer to the list, Volkswagen.

According to the Organic Consumers Association, “For over two decades, Monsanto and corporate agribusiness have exercised near-dictatorial control over American agriculture.”

The struggle to save the bees and our crops has been hijacked by corporate interests that want us dependent upon Genetically Modified Organisms produced by a handful of mega-corporations. In fact, a seed vault dubbed the “Doomsday Vault” exists in Norway that holds all the world’s most precious seeds.

The vault received $30 million in funding from the Bill and Melinda Gates Foundation, whose “senior program officer,” Rob Horsch, is a 25-year veteran of Monsanto.

The DARK Act – Ain’t nobody got time for that

On July 29, US President Barack Obama signed bill S. 764 into law, which is also known as the “Denying Americans the Right to Know” (DARK) Act. The bill was supposed to regulate GMO labeling on all food items; however, “the bill allowed companies to use QR codes or 1-800 numbers as a form of GMO labeling, forcing consumers to scan the code or make a call to get more information.”

That means customers have to actually scan a bar-code with their phones or call up a phone number while they are shopping at the grocery store in order to find out if a product contains GMOs, instead of a label clearly stating yes or no.

It’s like buying an unlabeled can of what you hope is food, but you have to call a phone number first, only to find out that it is really poison and will indeed, actually kill you.

Ain’t nobody got time for that!

Ancient Aleppo history, poetry and tragedy in the face of incendiary bombs