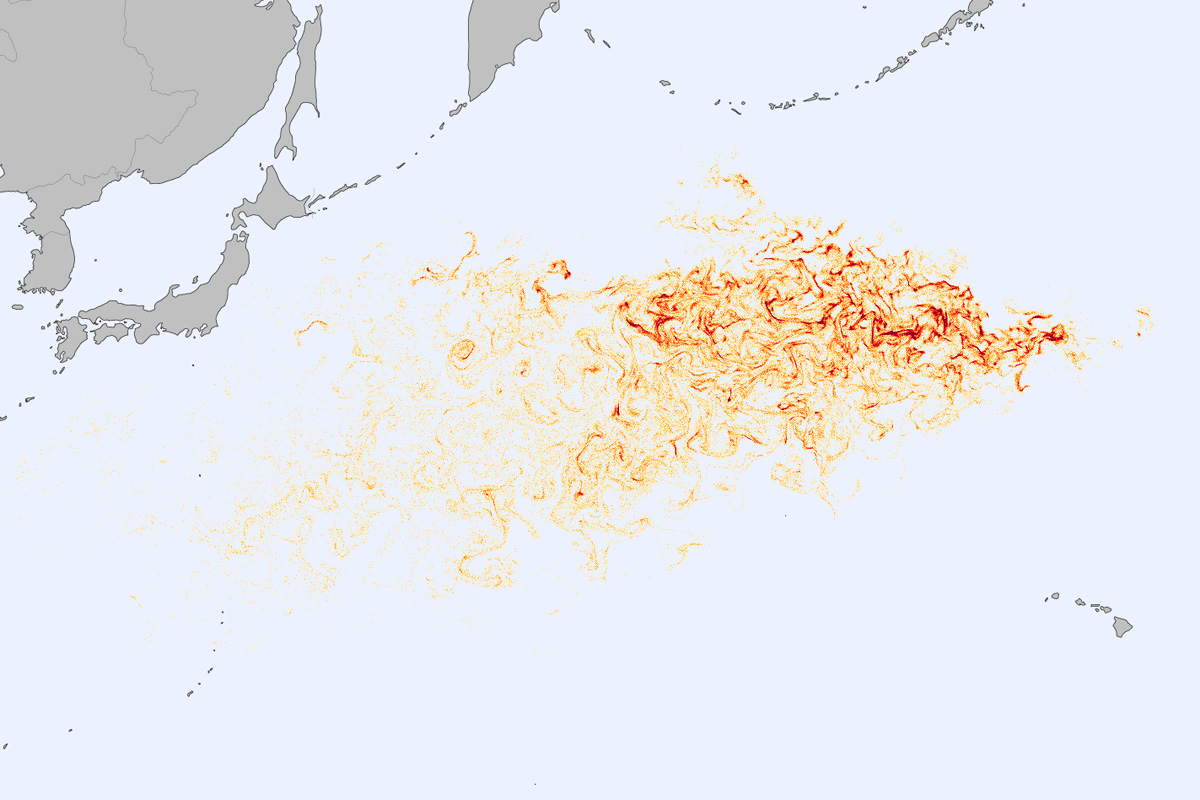 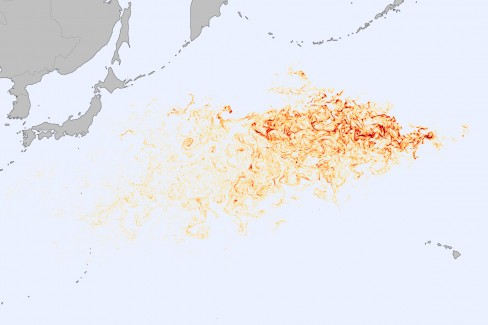 A little over a year since the devastating Japanese Tōhoku earthquake and tsunami, evidence of the catastrophe litters the Pacific Ocean.

When the tsunami invaded Japan’s east coast on March 11, 2011, the retreating waves swept an estimated five million tons of debris out to sea. Around 70% of this is believed to have sunk to the seafloor, leaving 1.5 million tons drifting on the Pacific Ocean. Now, two researchers at the University of Hawaii have created a SCUD model to attempt to simulate where and how this debris would disperse.

They began by placing 678,000 “tracers” along Japan’s northeastern coast, with distribution based on population density and how developed the area was. Deeper colours represent higher levels of likely debris concentration. The model simulates their journey starting on March 11, 2011 to April 3, 2012.

It’s estimated that some debris should reach the west coast of North America “within a year or two”, but most is expected to end up in what is known as “the garbage patch” – a debris field in the middle of the North Pacific Gyre.

A 150-foot unmanned Japanese fishing vessel has recently been spotted off the coast of British Columbia, while other debris protruding above the water line has reportedly reached Washington and Hawaii, carried along hastily by the wind.

Click here for a direct link to the animated model if the embed above doesn’t work for you.