New York’s attorney general announces today that 47 attorneys general have joined the antitrust investigation into Facebook, reaching as far as the territory of Guam. 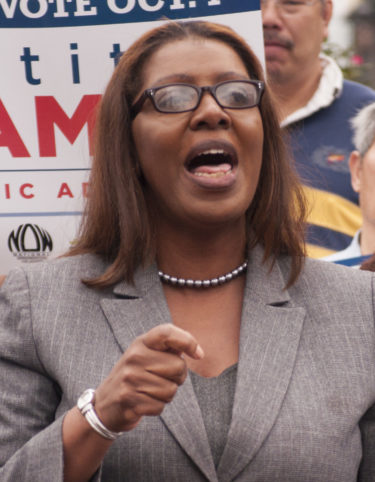 “Our investigation now has the support of 47 attorneys general from around the nation, who are all concerned that Facebook may have put consumer data at risk”

“Our investigation now has the support of 47 attorneys general from around the nation, who are all concerned that Facebook may have put consumer data at risk, reduced the quality of consumers’ choices, and increased the price of advertising,” James announced.

“As we continue our investigation, we will use every investigative tool at our disposal to determine whether Facebook’s actions stifled competition and put users at risk,” she added.

The news comes a day before Facebook CEO Mark Zuckerberg is set to appear before the House Financial Services Committee to answer questions about Libra, Facebook’s crypto endeavor.

States absent from the list of attorneys general openly participating in the antitrust investigation are:

However, some of these states’ attorneys general may also be participating in the antitrust investigation because of “a number of other states that cannot confirm their participation in pending investigations,” according to James.

I count 40 AGs in the above list and not 47 as James highlights, but this could be explained by the AGs that have not declared public support for the investigation.

“Together with other state attorneys general from both parties, we are investigating whether Facebook has broken the law through anticompetitive practices or other acts that harm consumers,” said Delaware AG Kathy Jennings, in a statement.”

Wisconsin AG Josh Kaul added, “Facebook, like every other company, must comply with our antitrust laws, and this investigation is looking into whether it has. No one is above the law.”

In total, 17 attorneys general gave statements regarding the antitrust investigation into Facebook, and they can all be found on the New York Attorney General’s website linked at the top of this article.

An antitrust investigation into Google is also currently underway with 50 attorneys general on board.