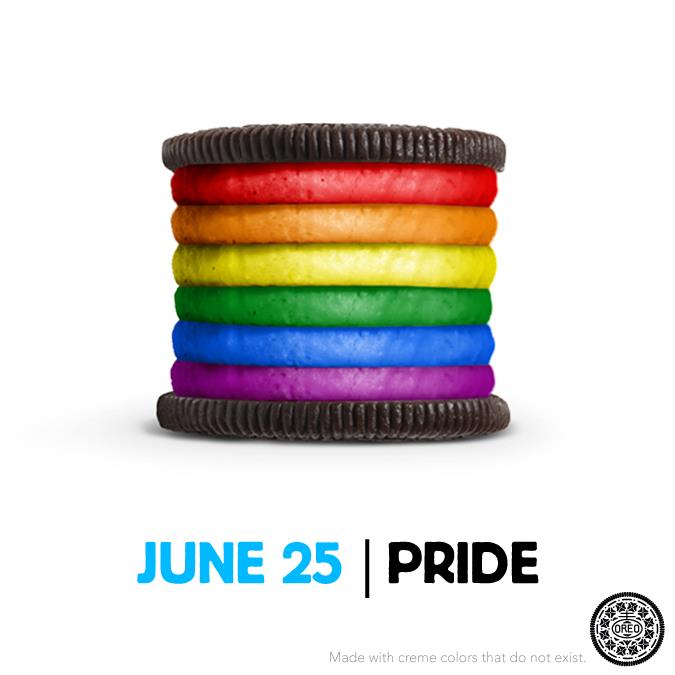 Radian6, the social media monitoring system, has extracted some interesting data from the Rainbow Oreo cookie-gate controversy, which the company published on its site today. 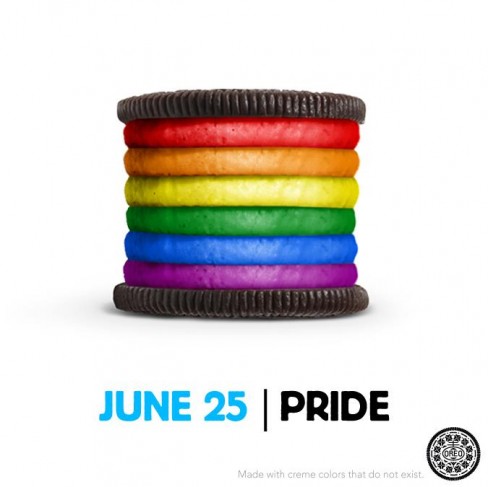 For those who don’t know Oreo published this image of a rainbow coloured Oreo on June 25 with the text “Proudly support love!”  in support of gay rights.  According to Mashable, Kraft, the makers of the usually black-and-white cookie, said the image was part of the company’s campaign to mark the 100th anniversary of the Oreo.  They went on to say,

“Kraft Foods has a proud history of celebrating diversity and inclusiveness. We feel the OREO ad is a fun reflection of our values.”

Reaction to the image has been divided, with some users praising Kraft’s statement while others saying they will be boycotting the brand.  Since the post went live on Facebook some 236,762 people have liked it, 41,129 users have commented on it and another 73,149 have re-shared it (at the time of writing).

And that’s not even the end of it, according to Google’s cache of the page, in the past two hours an additional 2,256 people have liked it, 797 comments have been added and the image has been shared 816 more times.

So with all this discussion and activity on Facebook alone Radian6 set about looking at the reaction across the social web.  Analysing public status updates, comments, tweets, and blogs the company says that 90.06% of the public conversation took place on Twitter and only 5.5% on Facebook (Caveat: these are only public updates and not all updates posted on Facebook).  Some 2.3 percent of blogs mentioned the multicoloured cookie with the remainder standing at;

Firing up its sentiment analysis engine Radian6 reports that 80.9% of analysed mentions of the Oreo rainbow cookie were positive while 19.1% were negative.  While we have our doubts about how precisely sentiment can be analysed without human interaction we’re inclined to believe the finding that there was a more positive than negative reaction – in the past two hours the Oreo Facebook page has gained 2,384 more followers jumping from 26,985,341 to 26,987,725 fans. [Update 2012/06/28: Radian6’s Jason Boies contacted us to say that he reviewed the sentiment results as part of the process and says the percentages are accurate to within about one percentage point. Read Jason’s comment here]

Checking the recorded sentiment against social networks Radian6’s Jason Boies goes on to describe in the post that there was a marked difference between Facebook users’ and Twitter users’ replies to the image.

“Social media users appear to be overwhelmingly supportive of Oreo’s stance, with the more critical tone of the company’s Facebook wall not carrying over to Twitter…It appears that the more vehement pushback seems to have been contained largely to Oreo’s actual Timeline.”

The positive reaction can also be measured on Twitter where, in the two day since posting the same image to their official account, @oreo gained 1,532 and 1,202 followers respectively.  For contrast, the company was averaging about 22.5 followers each day in the days preceding the tweet.

While the increased mentions and follow/likes was perhaps not the aim behind posting the image it does suggest that Radian6’s assessment of its reaction to be true.

Although the wider question as to whether this reaction will positively or negatively change sales will only become clear in the coming days.  Will the company’s increased number of social media fans buy the cookies in greater numbers or will consumers follow through on their warnings to boycott the brand?

Google+ gets an Android tablet app, coming to iPad soon