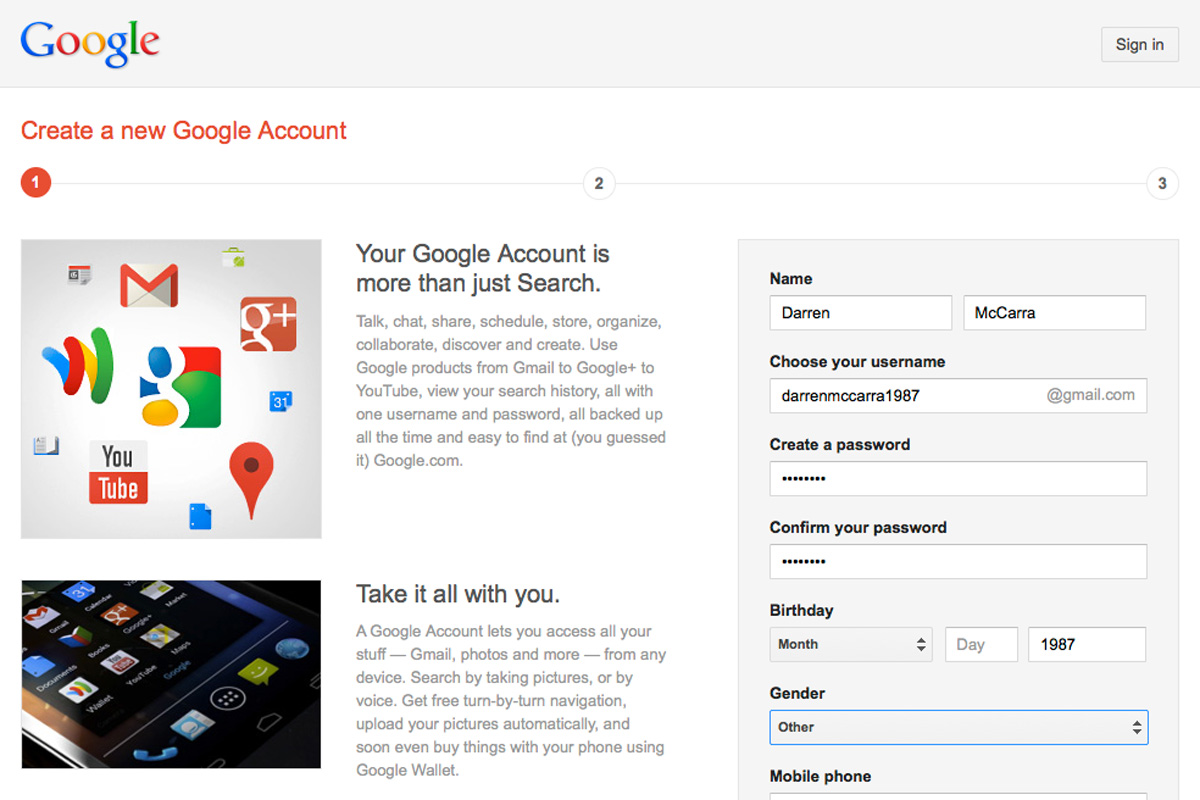 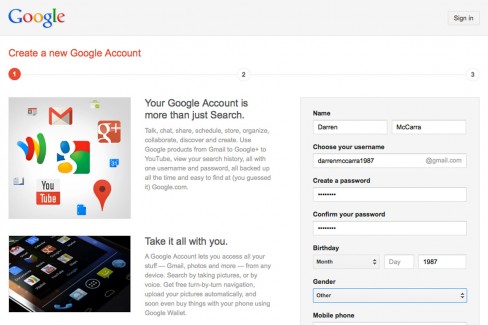 Web users creating Google Accounts for the first time are automatically dispensed with associated Gmail and Google+ accounts, with no option to opt-out, further enforcing the emerging paradigm that Google is Google+.

New users are also required to enter a birth year as Google+ accounts are only administered to over 18s. The usual gender and location specifics are again optional.

Earlier this month, Google revealed its plans to properly integrate Google+ data into Google Search, calling it Search, plus Your World. The new update is currently being rolled out slowly to google.com users, adding an optional social layer to Google Search with results personalised and influenced by those in one’s Google+ Circles.

While forcing Gmail and Google+ accounts to new Google users is an obvious step and will likely be appreciated by most new users keen to try out all that Google has to offer, some may feel a little more hostile to this and question why they simply couldn’t be another optional particular on the sign-up form?

Of course, users can always delete both services in their account settings straight after sign-up, or better still, use the old sign-up page that still exists, for now.

As Facebook expands, it stands to gain from Ireland’s banking downfall

Google begins to penalise sites with little content “above the fold”