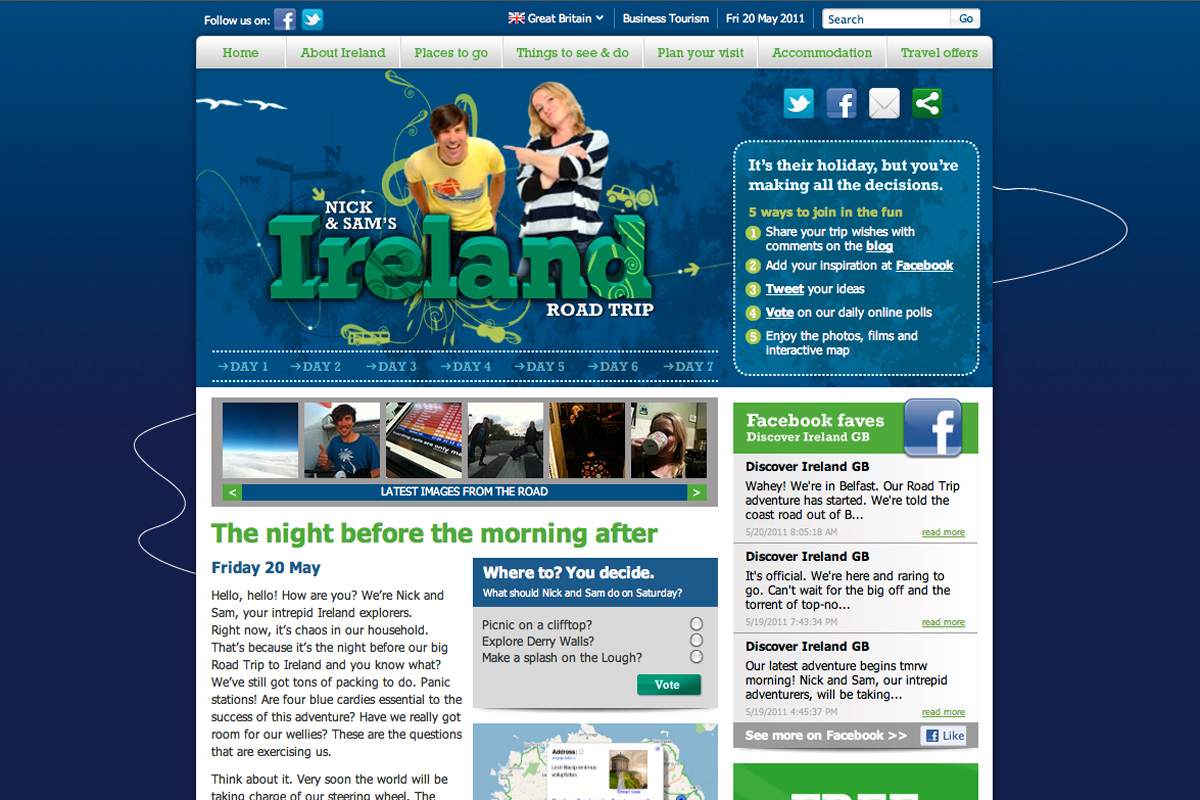 Tomorrow, Saturday, is the first day of a week long Tourism Ireland initiative where social media determines the road trip route taken by two avid British adventurers visiting Ireland. Their trip begins tomorrow in Belfast and ends seven days later in Cork, with the public deciding their journey southwards throughout the week.

For seven days the public are invited to suggest locations and interesting Irish places that the couple should visit on their journey down through the island. People can make proposals on Facebook, Twitter, through comments on the road trip blog or by vote on daily online polls. Prize rewards are given daily to those to engage most with the campaign.

The campaign has been created by customer intelligence agency Indicia and has officially been dubbed “Nick and Sam’s Ireland Road Trip”. It’s hoped that the campaign will help entice more British tourists to Irish shores by showcasing some of the best experiences we have on offer.

“By placing Nick and Sam in the safe hands of our social media communities, they’ll be taken on a whirlwind tour of all the best hidden spots and iconic experiences.

“By bringing our consumers along for the journey, we’re hoping to inspire them to start planning their very own road trip.”

The couple will continually share pictures, videos and maps of their road trip during the seven days. When the campaign ends, Tourism Ireland will hold a prize draw where a holiday to Ireland for four people will be won.