5G and blockchain: a combination for disruption 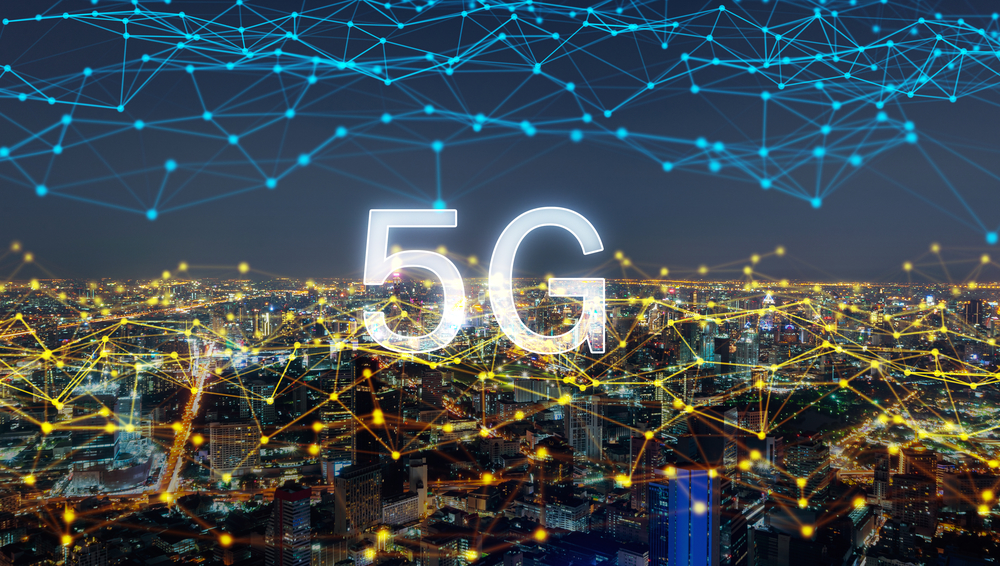 Time and time again, we have seen emerging technologies bring great change and innovation.  Two of the emergent technologies of the current era – blockchain and 5G – are poised to rely heavily on each other in terms of the change they are likely to bring.

Why all the chatter about 5G?

So why is 5G a game changer? Simply put – it allows for faster and more secure data transfer, together with the capability of introducing new experiences and services.

What makes 5G even more exciting is that this evolution from 4G will allow mobile carriers to lower their costs at approximately 10 times less per gigabyte as compared to the current 4G networks we have today. This means they can expand to under-served suburban areas and recoup their expansion investment in less than two years. This makes for easy expansion decisions.

This new connectivity for households and businesses will allow more people to be connected and therefore be a part of this growing innovation. Not only will videos play seamlessly on mobile devices, and your Skype or FaceTime calls will sound much clearer and without interruption, but now more people will have access to the upcoming innovations which blockchain will serve.

How is 5G implicated with blockchain?

5G will allow implementations on blockchain to run smoothly and efficiently while remaining in the secure environment it requires.  The new mobile data standard will become the data transmission infrastructure upon which blockchain – as a quasi protocol – will run.

The point at which 5G and blockchain technologies intersect is at the micro-data level enabled through the internet of things (IoT).  A number of prominent blockchain projects such as IOTA, VeChain and WaltonChain are pursuing a use case in supply chain management and the emerging machine to machine (M2M) economy.  These projects are geared towards the collection of data from what will become an inordinate number of sensors along the supply chain.

5G will allow these projects to scale.  The vastly superior bandwidth will facilitate a rich flow of micro-data.  Toronto-based IOTA proponent, Terry Shane is under no illusion as to what 5G means for digital ledger technology and specifically, IOTA.  The serial inventor is the founder of BIOTAsphere – a non profit organization with the objective of creating a better world through the use of the secure, open, public and immutable IOTA protocol.  Late last year he tweeted:

5G will transform the data landscape for IoT devices.

Cars Talk, Firetrucks Fly and Robots Do Surgery in This Lab Outside Seoul
Faster cellphones are coming. So are cities where everything is connected.#IOTA #IOTAstrong https://t.co/0kIR3iH33U

According to multinational technology company Cisco, 500 billion IoT devices will be connected by 2030.  Those that currently work with IoT devices and on related blockchain projects have met a challenge in that current devices are expensive and power-hungry.  There is a will to integrate IoT in the simplest of devices.  The cost and power requirement could hamper that.

However, with 5G modules likely to be smaller, less expensive and much more power efficient, both the IoT revolution and its associated blockchain revolution can finally develop apace.

Both technologies have been identified as necessary to bring about ‘smart cities’.  Essentially, a smart city uses technology to make the city work better and more efficiently.  Connected and driverless cars is another item that implicates the use of both 5G and blockchain technologies – alongside IoT.

The development of technology in the current era is no longer single-stranded.  It involves the combination of multiple technologies – and particularly so in the case of blockchain and 5G, alongside the IoT.

While it seems like decades ago, it wasn’t so long ago that Steve Jobs was standing center stage at Apple headquarters introducing iTunes and iPod and eventually the iPhone for the first time. We didn’t understand what these new services and devices meant for the future, just like we don’t understand what 5G and blockchain will bring us either. As the app store and play-store delivered new innovation, so too will 5G and blockchain.