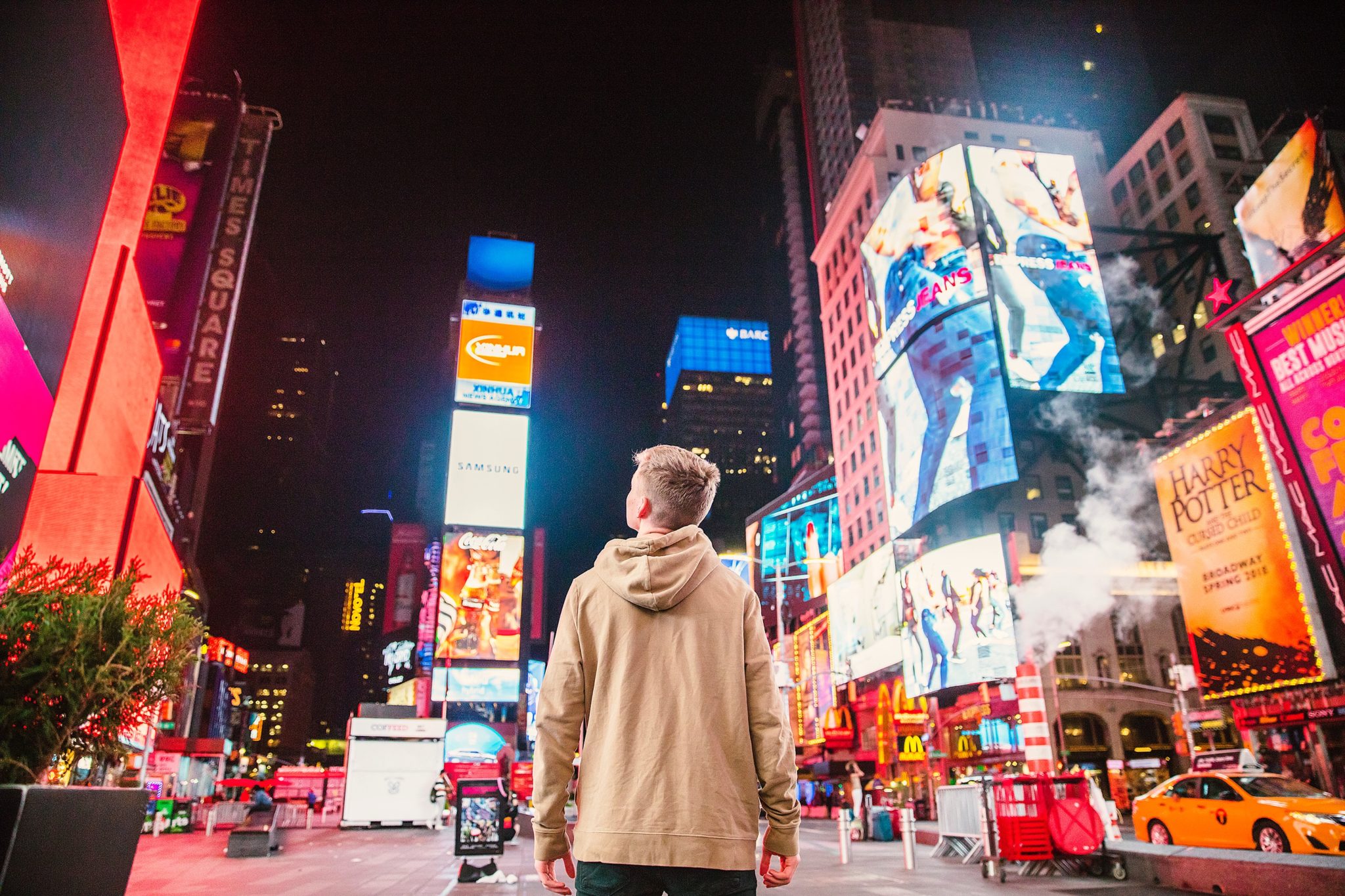 Advertising and technology have always been a close pair, with many monumental moments, changing the course of advertising forever.

One of these moments occurred in 1922 when New York radio station WEAF broadcast the first paid radio commercial for the Hawthorne Court Apartments in Jackson Heights. Since then we have witnessed adverts slowly transition from radio to television and now, predominately, on to our computers and smartphones.

Outside these mainstream channels, there are still many forms adverts can take, with corporate branding appearing in a growing number of areas thanks to this $190 billion industry. And now, due to advancements in modern technology, the sky might be the next hot spot for adverts. The colossal hotel chain, Marriott, recently announced that it is set to project ads into the night sky using a new technology, reports CNBC. However, these adverts hold a unique characteristic which may give them a subtle edge over competing adverts.

Using a technique known as persistence of vision, the ads will only be visible for a tenth to a quarter of a second, but only when the viewer moves their head. These ads will showcase the Eiffel Tower and the Colosseum in Rome which will be projected across London’s River Thames for three days, as part of its Travel Brilliantly campaign, it said in an emailed statement, according to CNBC.

The company behind this new technology, known as ECHO, was a British startup called Lightvert.  According to the company’s website, it has secured patents in North America, Europe and the APAC regions for its new technology, and has raised £982,000 in seed funding so far.

This technology is based on “low attention processing,” a concept that claims that advertising messages can work even if someone is not paying active attention to them. This concept was pioneered by Robert Heath, a Senior Lecturer in Advertising Theory at Bath University. His work contradicts the traditional ideas of advertising and instead advocates that attention to advertising may actually be bad.

He also stated, “The less aware consumers are of emotional elements in advertising, the better they are likely to work, because the viewer has less opportunity to rationally evaluate, contradict, and weaken their potency,” according to a paper of his published in 2006.

One of the most interesting examples was KFC’s attempt to hide a dollar bill in a piece of lettuce during a seemingly normal commercial.  Apparently, this was a part of a larger contest to give away $1 coupons to the first 1,000 people who saw the sneaky little dollar bill. However, they never announced it as a competition, so there was really no way participants would have known about this. Thus, in a sense, it can be considered a very sly form of subliminal messaging.

It appears that it is only a matter of time before we have no place to hide from these crafty advertisements. Perhaps Futurama was right, maybe the final step of advertising will be adverts beamed directly into our dreams. Let’s just hope they also produce an AdBlocker for that too.