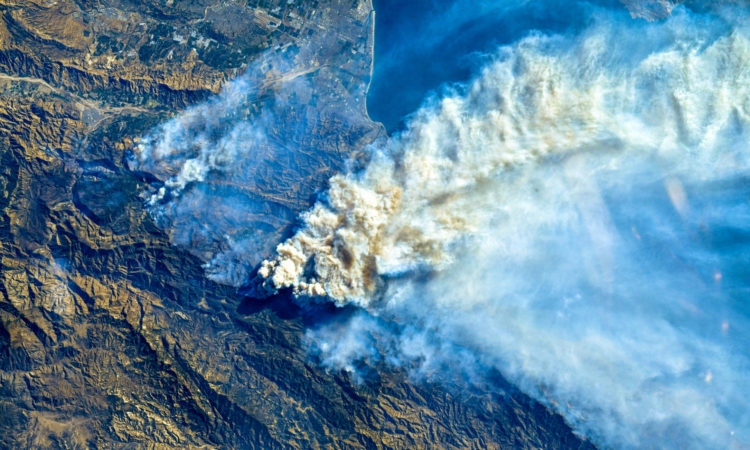 California Wildfires are seen by the International Space Station.
4.69Kviews

The Defense Innovation Unit (DIU) is moving into the final stages of a competition aimed at automating damage assessments following natural disasters, such as the wildfires of California.

Wildfires burn every year in California and to combat these disasters the Golden State invests in everything from implementing the latest in technology to hungry goats that eat away the dry brush.

Last year; however, saw the fewest number of acres burned by wildfires in California since 2011, with roughly 270,000 acres burned in 2019.

While 20 of California’s bravest firefighters headed to the Land Down Under on Monday to help their “Australian sisters and brothers,” a handful of Californian organizations have been working with the DIU as they approached the final leg of the xView2 competition, with the winners to be announced in the coming weeks.

The xView2 Challenge is about adding a layer of machine learning and computer vision to satellite imagery in order to make sense of what was going on down on the ground by localizing buildings and assessing the damage.

The Washington Post highlighted the challenge in a report last November, specifically referencing San Francisco-based computer vision and machine learning company Chooch AI as one company that was “working to develop an AI tool that would scour hyper-detailed imagery from satellites for evidence of wildfires largely invisible to the naked eye.”

California-based DIU geospatial data specialist Nirav Patel said that he believed Chooch AI’s tool “has the potential to benefit firefighters on the ground” when completed.

While the challenge was meant for making sense of natural disasters, it is not a stretch to imagine that the tech could one day be used in a military setting at home or abroad.

It will be interesting to see the fruits of this competition because the DIU’s federal partners will “have an operational interest in applying the award winning algorithms for natural and man-made disasters,” according to Patel, who added, “we intend on releasing the dataset fully as open-source to the public with a Non-Commercial restriction after the competition as well.”

The submissions for the competition are already in, and now they are in the process of being verified through January 15.

After that, the final rankings will be determined and the winners will be announced either later this month or in February on the DIU website.

xView2 looked to solve specific problems. For example, disasters, buildings, and land use patterns are different around the world.

“Until now there was no publicly available dataset of labeled high-resolution satellite imagery covering a variety of disaster types around the world.

“Because accurate damage assessment depends on the specific local context in the area of interest, it is important for models to contextualize damage scores for geographically relevant hazards.”

According to the Department of Defense, the challenge’s partners represented a first-of-its-kind coalition between the artificial intelligence and disaster response communities including those from:

The xView2 Challenge was set to benchmark automated computer vision capabilities for localizing and scoring the degree of damage to buildings before and after natural disasters.

While there was no mention in the challenge description about using this technology for military or defense purposes, the challenge was nevertheless put on by the Defense Innovation Unit, whose purpose is to “accelerate commercial innovation for national defense.”

Natural disasters count as issues of national defense, don’t they?