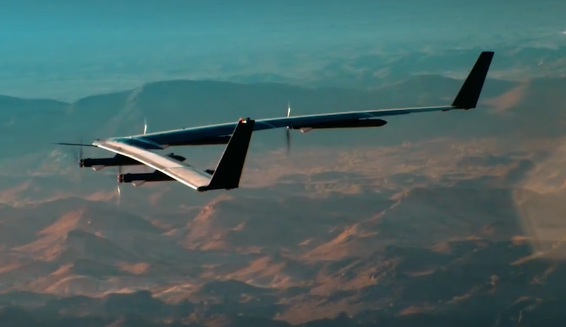 “On June 28th, we completed the first successful flight of Aquila — our solar-powered plane that will beam internet to remote parts of the world and eventually break the record for longest unmanned aircraft flight,” Mark Zuckerberg reported today on his Facebook page.

Aquila is the latest development in the plan to bring Zuckerberg’s internet.org to developing nations.

“Eventually, our goal is to have a fleet of Aquilas flying together at 60,000 feet, communicating with each other with lasers and staying aloft for months at a time — something that’s never been done before,” the CEO added.

The technology behind Aquila is quite an innovative feat of engineering. According to Zuckerberg, “The solar panels on the wings will charge the plane’s batteries during the day so it can keep flying and powering its communications system at night. When one plane is ready to come down for maintenance, another one will be ready to take its place so internet service isn’t disrupted.”

With the payload mass consisting mainly of “high-energy batteries,” the goal is to circle above a city or village for months at a time. It has not been reported whether or not the drones will be equipped with cameras or other surveillance devices.

While the idea of bringing “free” Internet to developing countries seems noble, Facebook-owned internet.org has many limitations that bring into question a potential monopoly on the control of Internet connectivity.

“Our goal with Internet.org is to make affordable access to basic internet services available to every person in the world,” the Facebook CEO explained.

On top of that, the free services have to be submitted to internet.org and approved by the Facebook-owned platform. That means the content not only is limited, but it also serves only the interests of the social media platform.