The platform has so far helped American families avoid over $50 million in student loan debt. 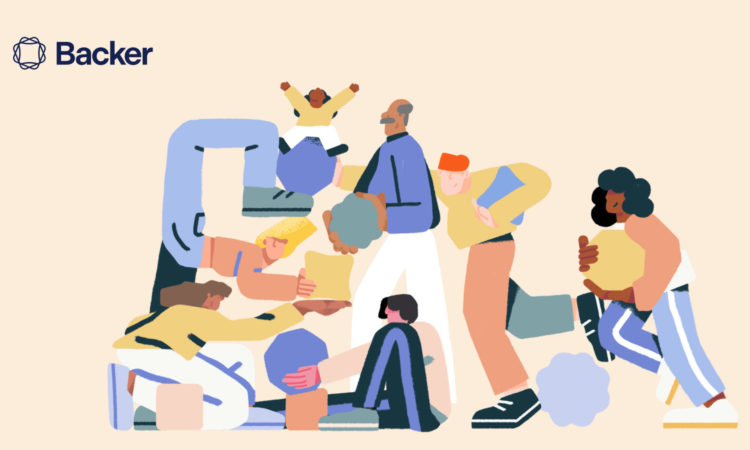 As a kid growing up in Marin County not very far from Silicon Valley, Jordan Lee was into computers and coding but admittedly had a reputation as a “terrible” student.

He carried this label until an English teacher in high school told him he could do better if he just applied himself and suggested that he join a university program over the summer to try something new.

“So I did that and took a course in programming, C and C++, and suddenly I was doing something in an academic environment that I cared about, and I did much better at it,” Lee, founder and CEO of social college fund Backer, told The Sociable.

After he got a good grade and went back to high school for his sophomore year, everything felt different.

“I was much more ambitious and motivated. I did much better during the rest of high school, and it set me on an academic path that transformed my life,” Lee said, adding that he comes from a middle-class family but ended up attending the “Big Three” of the Ivy League—Harvard, Yale, and Princeton.

This experience opened up a whole new world for him and made him determined to do something tech-related around access to education, particularly higher education, because “that’s really what turned things around for me”.

The idea became clearer in his mind when he saw that many of his friends who were starting to have kids knew little about state-sponsored 529 college savings plans, which allow families to save for education expenses of a beneficiary tax-free.

“It is basically like a retirement account for your child’s education, but it doesn’t seem to get much media coverage,” Lee said.

Named after Section 529 of the Internal Revenue Code, the initiative was originally limited to post-secondary education costs but was expanded later to cover K-12 education, apprenticeship programs, and more. Every state has at least one of them.

Although 529s have inspired a national day in the United States, less than a third of parents are aware of them and less than 18 percent of children under age 18 have a 529 account, meaning that they are likely to  join the 45 million Americans currently burdened with over $1.7 trillion in student loan debt.

“I realized that the ones who had heard of this plan were pretty overwhelmed by it and weren’t sure how to use it,” Lee said, adding that he was familiar with fintech products and kept wondering why there was not a simpler way to start a 529 account to save in the right way.

That is why he decided to found Backer to “democratize access to this really powerful tool and help more families use it”.

“You can also get backers for your child and collect gifts from them, and it’s going to help you save so much more than if you were doing it on your own,” Lee said.

He explained that his company’s mission is to revolutionize how Americans save money by making the process a collaborative, social experience.

Backer has so far helped American families avoid over $50 million in student loan debt, and describes itself as a “personal education savings coach” who offers users personalized advice to maximize their savings.

Backed by top investors and with the help of a team that has decades of combined experience in technology and financial services, Backer has also enabled a more diverse range of families to access 529 accounts—70% of Backer users have a household income below $100,000 a year, 60% are women, and 50% are non-white.

Getting started is easy. The user needs to start a 529 plan to invest their savings. If they already have a 529 plan, they just have to connect it to Backer.

They can then start building their Backer team by inviting family and friends to contribute. The “one-of-its-kind” platform has also made it possible for users to shop at name-brand partners to earn cashback for the child’s college fund.

The company says it believes in transparent, fair pricing and charges a monthly fee rather than a percentage of the savings that grows with the investment. It’s free for backers.

Backer’s CEO maintains that solutions such as theirs are especially important at this moment because the millennial generation has weathered so many financial storms, including 9/11, the Great Recession, and the coronavirus pandemic.

“They are now becoming parents and feel really behind financially relative to even Gen X and certainly boomers and are delaying purchases like a house or getting married and all of these major milestones. They just aren’t doing it as quickly.”

Lee thinks if millennials can work together in a social way to overcome their financial challenges, they will be able to accelerate their progress and catch up a little bit.

Elaborating further on social finance and how “community” is increasingly becoming a trend in fintech, Backer’s founder said there has been a revolution in how people manage their finances over the last decade.

“We’re kind of transitioning from personal finance to social finance, and there are a lot of reasons and ingredients for that,” he noted, adding that one main reason is that there is now more and more openness around one’s finances, at least in the United States.

Managing money, according to him, is becoming more of a shared experience with finance apps that let people split bills with friends or publicly show the user’s stock investment choices.

“And now we’ve seen it with funds like Backer where you’re building a team of supporters all around a shared mission,” Lee said, expressing hope that his company will be able to bring collaborative finance to other use cases in the future to help more individuals thrive in life.