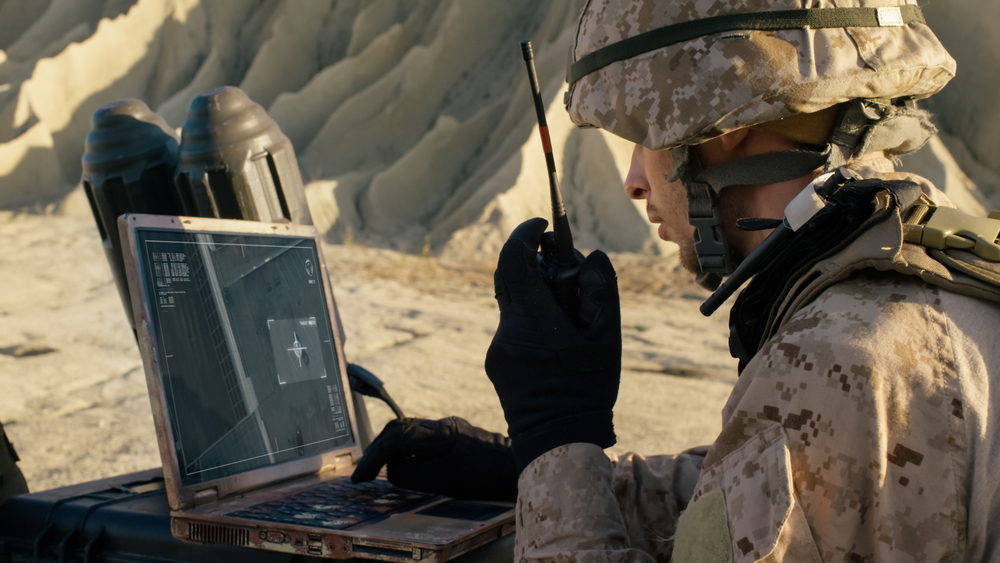 DARPA is looking to blockchain technology for secure military communications, including developing what the DoD refers to as an “unhackable code.”

The Defense Advanced Research Projects Agency (DARPA) “is starting to experiment with blockchain to create a more efficient, robust and secure platform using a blockchain protocol that will allow personnel from anywhere to transmit secure messages or process transactions that can be traced through numerous channels of a decentralized ledger,” the “DoD Digital Modernization Strategy” published on July 12 reads.

Once established, this application will be used in different ways, inclusive of facilitating communication between military units and headquarters.  Furthermore, a use case is outlined in terms of transmitting information between intelligence officers and the Pentagon.

“DARPA also has been trying to develop an unhackable code—which blockchain could facilitate—because the technology offers intelligence on hackers who try to break into secure databases,” the report reads.

The agency acknowledges that countermeasures are possible by adversaries in breaching cryptographic systems due to advances that have been made in computer processing power.

Such systems are outdated and with cryptographic modernization, 20-30 year old technology will be retired as part of that process.

And according to the World Economic Forum’s “Global Risks Report” report from this year, quantum computing will render current digital cryptography obsolete.

Advancing the Digital Environment of the US Military

This is not the first occasion in which DARPA has recognized the potential in blockchain technology.  In November of last year, the agency posted a request for information (RFI) pertaining to blockchain technology with a follow up workshop which was scheduled for February of this year.

At the time, the agency recognized the ability of blockchain technology in terms of secure data storage:

“These technologies have dramatic implications for the security and resilience of critical data storage and computation tasks, including for the Department of Defense.”

That RFI document was released by the agency’s Information Innovation Office and drew particular attention to permissionless distributed consensus protocols — which it described as protocols where any individual could join the computation.

In 2017, DARPA awarded a developer a grant to build a secure, non-hackable messaging and transaction platform for the US Army.

David L. Norquist, US Under Secretary of Defense, the DoD Digital Modernization Strategy is set out as the cornerstone for advancing the digital environment of the US military — and thus, bringing about competitive advantage in the modern battlespace.

The strategy sets out four initiatives which will be utilised in increasing technological capabilities across the DoD.  These include innovation for advantage, optimization, resilient cybersecurity and cultivation of talent.

The report sets out details on a Blockchain Cybersecurity Shield, and it establishes some key advantages of blockchain technology — namely, that blockchain networks are trustless and transparently secure.

Furthermore, it identifies that blockchain networks are fault tolerant, reducing the probability of system compromise, whilst imposing significantly greater costs on an adversary in attempts to achieve such an outcome.

The world’s most best known blockchain network is that belonging to cryptocurrency, Bitcoin.  Bitcoin has been around for more than 10 years.  Despite it being under constant attack from various bad actors over the course of that decade, it has never once been compromised or taken offline.

There is no doubt that such network resilience is of interest to DARPA.

Meanwhile, conventional networks are hacked all of the time.  In recent days it has come to light that financial services company Capital One has had the records of 100 million customers breached.

The Pentagon had the records of 30,000 intelligence workers breached last year.  In the latter half of 2017 records related to US military immigrant recruits were compromised.

It may also be that the military wants blockchain based systems not so much as to be impenetrable as to be designed such that they provide an immutable record of whom has accessed a particular system and for what purpose.

DARPA supported the development of ARPANET – the first wide area packet switching network – a forerunner to the modern day internet.  The organisation is at the forefront in the assessment of new technologies at an embryonic stage in consideration of their potential for defense and military purposes.

As an agency of the US Department of Defense DARPA is responsible for funding research for the development of new, emerging technologies for use by the military, which often become commercially available years later.

‘Doing the right thing gives a sense of pride’: the guy who hacked Instagram