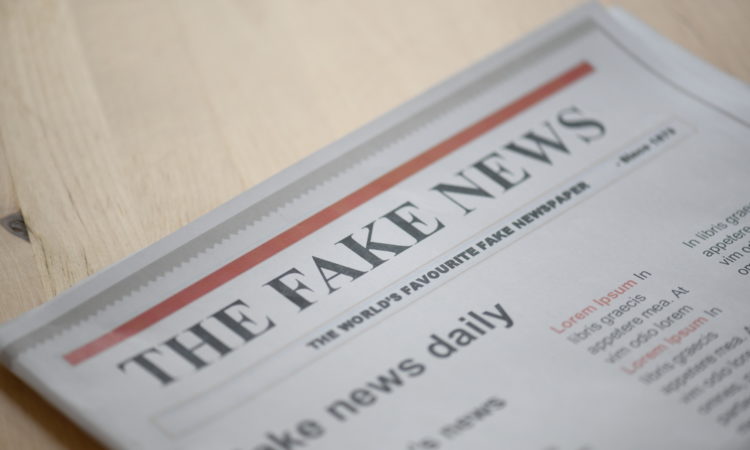 Let’s face it; today’s news media is far from impartial. Political bias in the media is a multifaceted issue that some wouldn’t consider to be an issue at all.

Being impartial is a key tenet of modern journalism and it’s incredibly important to the level of trust we put in the news but it hasn’t always been this way.

The paradox of impartial news

Joshua Benton at the Nieman Journalism Lab argues that the idea of impartial news is a recent one. Originally the press was incredibly partisan, with no restrictions or censorship of content. As local newspaper monopolies took hold, becoming more objective and impartial was found to be better for business — reaching wider audiences and increasing circulation.

As Josh Benton so eloquently put it, “When you are the only paper in town, you can’t risk pissing off liberals by being too conservative, or visa versa.” We’ve seen an upturn in partisan press following the democratisation of online information over the past couple of decades.

Not all of us are able to determine bias in the news though. Many of our social feeds have become filter bubbles where we’re only shown information that affirms our existing world views. One in 5 millennials say that they only read headlines when browsing social or content feeds and one study even showed that 59% of the news media shared on Twitter had never been clicked on.

Those of us that do read the news, often stay within ideological pigeonholes — frequenting the same publishers reducing our exposure to other world views. If you’re only ever exposed to one side, bias will be all you know. Reading news from multiple sources is important to ensure you’re getting a balanced view of the story. So the question isn’t how can we expose political bias, it’s how can we juxtapose political biases to construct a well-rounded view of the news and the world around us.

Broadly defined, AI is software that enhances and automates the knowledge-based work done by humans. It’s been used in all sorts of contexts from aeronautics to finance and there are tonnes of subfields, with one of the most prominent being Machine Learning.

Machine Learning  enables computers to learn on their own using algorithms that identify patterns in observed data. For example, when learning to classify pictures of cats, a learning algorithm takes thousands of pictures of fluffy felines and creates rules to identify them. This algorithm should then be able to classify new images that the machine hasn’t seen before. But can a similar process be used to identify bias?

As we know, words are subjective but there’s another specific subfield of Machine Learning that looks into the interaction between computers and human languages. It’s called Natural Language Processing (NLP) and it’s used in a number of disciplines today.

Voice-controlled personal assistants, such as the Amazon Alexa and Apple’s Siri, use NLP to understand voice commands and give you the relevant information that you’re looking for. Google and Yahoo use NLP to identify spam emails.

NLP is the umbrella term that describes the ability to break down what humans say, determine what it means, decide on an appropriate action and form a response that a human can understand. NLP provides the processing ability to two other subfields of AI — Natural Language Generation (NLG) and Natural Language Understanding (NLU).

Organisations can also use a subfield of NLP, called Sentiment Analysis, to find out what people are saying about their brands on social media. Extensive research has been done into Sentiment Analysis and its potential to help us identify bias in the news.

The NLP Group at the Massachusetts Institute of Technology (MIT) developed a system to determine the accuracy or political bias present in the news using NLP and a host of other AI technologies.

Trained on 1,066 news sources from Media Bias/Fact Check, the AI system considers social media, URL structures, web traffic data as well as the content within an article to determine the trustworthiness and bias of a news piece.

Four researchers from the University of Maryland looked into using Machine Learning to detect political ideology. They trained their models using a crowdsourcing platform where sentences taken from Congressional debates were annotated at sentence level and phrase level.

Many systems of this nature use a bag-of-words model which disregards grammar and sometimes word order — focusing on the frequency of the words within a given text. Using the phrase level allowed deeper insights into bias, outperforming previous ways of detecting bias and political ideology.

They tested their models on a balanced dataset of 3,412 sentences showing that their approach was able to detect bias more accurately than existing datasets.

A group of students  from Bauhaus-Universität Weimar and Paderborn University sought to flip the bias of headlines using NLG. They developed an encoder which rewrites articles headlines using information from the body of the article. NLG can be tricky as models interpret the words within the texts as numbers which relate to other numbers/words.

NLG is often prone to error, especially with limited training or input data. This is also reflected in the results of their experiment which generated 200 AI headlines. Seventy-three were classified as understandable and 83 managed to maintain the topic of while having the opposite bias.

We’re still a long way from a completely automated bias exposer. Like all Machine Learning algorithms, NLG, NLU and NLP will always be dependent on the data that it’s been trained on. We’ll never be able to get an annotated dataset of bias language that everyone agrees and for the moment, these AI tools remain in the hands of researchers and B2B companies as opposed to consumers.

But with the democratisation of AI already underway, the future looks promising for tech that counters the problems that the digital age has wrought on the way we consume media.

An advertising graduate, Jamal is passionate about all things tech, especially Artificial Intelligence and Near Field Communication. He works for the fake-news-fighting startup - Logically.co.uk.
view all posts