SpaceX, Facebook Internet from above: Digital Colonialism or Liberation? 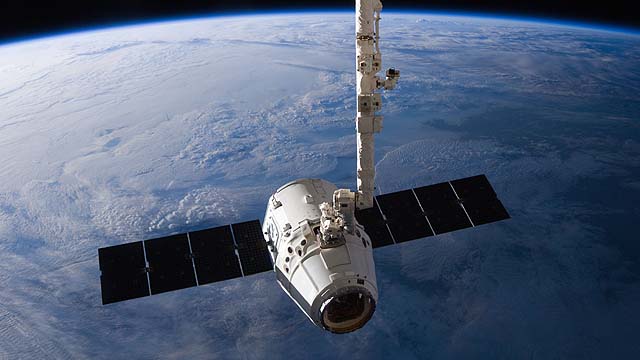 SpaceX plans to beam internet from space to the entire planet while Facebook’s Aquila drone aims to bring limited internet access from above.

Who will control the future of internet connectivity? Will it be open and available to all, or will it be privatized and controlled by a few? The same argument being made with respect to the future of Artificial Intelligence.

Elon Musk, through his OpenAI, Tesla, and SpaceX initiatives, has demonstrated time and again that his mission is to make the technologies open and available for the public good. His incredible wealth, influence, and power make him a highly scrutinized target, as many people in his position would succumb to some type of corruption as the old dictum states, “Absolute power corrupts absolutely.”

It is healthy to keep a skeptic mind when considering people of considerable power; however, it is easier to be skeptical of Facebook over SpaceX when it comes to connecting the entire world to the internet. This is because Facebook has continuously and openly declared that it wishes to beam its own, limited version of the internet, Internet.org, to the world via drones.

SpaceX on the other hand, has kept quiet about which type of connectivity it wishes to make available, and whether or not it will be monetarily “free” for all. In other words, we still don’t know whether there would be access restrictions to certain areas of the internet, or whether the internet will only be available to those who can afford it.

What need will there be for Facebook’s Aquila drone carrying limited internet connectivity to developing countries if Musk’s SpaceX is successful?

Both SpaceX and Facebook have had setbacks with their respective aircraft. Bloomberg reported on Monday that a US safety agency is investigating an accident involving Aquila, and the reason for the explosion of SpaceX’s Falcon 9 rocket in September, which also was equipped with a Facebook satellite, was made public earlier this month.

The official theory for the cause of the Falcon 9 explosion was that the rocket’s super-cooled, solid oxygen “may have ignited one of three carbon composite helium containers inside the oxygen tank, triggering the explosion.”

Since Falcon 9 was carrying a Facebook satellite that exploded, rumors speculating sabotage still abound on the internet. Some even proposed that a UFO passed by at the exact moment of the explosion.

Now that SpaceX is due for another launch in the coming weeks, its payload has not been verified, so it may or may not be carrying another Facebook satellite. Zuckerberg did not seem at all pleased with Musk after September’s explosion, and rightfully so.

Will this be where SpaceX cuts its ties with Facebook, giving them the proverbial middle finger while literally soaring above the competition to usher in a new era of connectivity?

Just last week, SpaceX filed an application with the Federal Communications Commission (FCC) for permission to launch 4,425 satellites to provide high-speed internet all over the globe.

“The [satellite] system is designed to provide a wide range of broadband and communications services for residential, commercial, institutional, government and professional users worldwide.”

According to the Guardian, the SpaceX project will cost some $10 billion, and that Google has already provided $1 billion.

Who would ultimately benefit from SpaceX’s satellites? Elon Musk? The people of the world? What type of return does Google expect on its investment, and how will Google’s relationship with the US Government, including the NSA, come into play?

Facebook announced in July that it completed it’s first test flight of Aquila — a solar-powered drone that Facebook hopes will one day beam internet.org to developing nations.

The problem with beaming internet.org as the only available connection to the internet is that it is completely owned, operated, and controlled by Facebook.

This creates a scenario of Digital Colonialism where a rich and powerful entity comes across a poorer population with a message of liberation. This so-called liberation actually creates a monopoly where the people have no choice but to use the services and technologies being forced upon them. There is no option of choice. You take what you get.

Facebook CEO Mark Zuckerberg said, “Our goal with Internet.org is to make affordable access to basic internet services available to every person in the world.”

But if Elon Musk were to be successful with the SpaceX satellite launch, what use would any of Facebook’s drones be?

A closer look at IT risk management and measurement in 2016