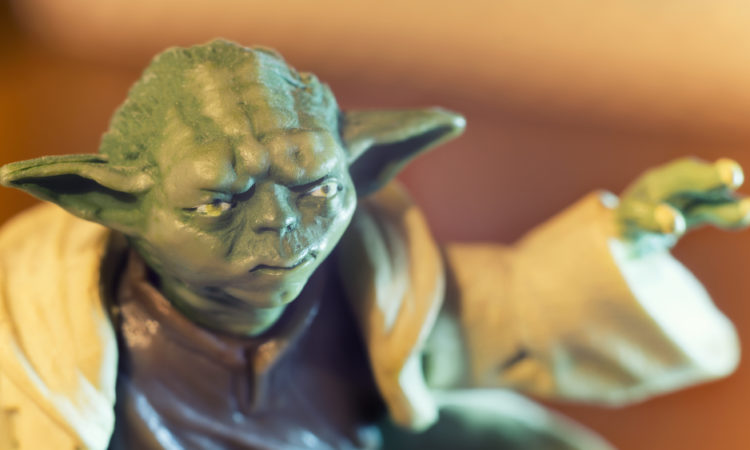 Facebook acquires a startup that could one day let you control smart devices with your thoughts, much like how Yoda wields the force, but the dark side may come beckoning.

Being able to control your phone, TV, and lights at home with a thought is convenient.

Being able to maneuver and collaborate through virtual and augmented reality in ways previously unheard of tickles the imagination and opens doors to other worlds in time and space.

Being in two places at once, controlling a robotic avatar of yourself with your mind would make you invincible at home while the machine does your bidding elsewhere.

Being able to just think about doing a physical action that could result in damage to people or property could turn reality into a nightmare.

“What you can do with your neurons is not a problem of science; it’s a problem of imagination” – Thomas Reardon

Welcome to the awesome potential of Facebook’s acquisition of CRTL-Labs, whose mission is to “build a world where computers are natural extensions of thought and movement.”

CRTL-Labs’ telepathic-like technology has the potential to help those with disabilities by giving them more mobility and control of devices around them.

It can allow for greater collaboration and exploration of virtual worlds.

And it has the potential to wreak havoc if it is ever abused — just like with any other technology.

Facebook’s secretive Building 8 R&D lab modeled after DARPA’s research labs may be closed, but its Reality Labs will be busy making mind-controlled hardware interfaces thanks to the acquisition of CRTL-Labs, which was for a sum reportedly greater than $500 million and less than $1 billion.

Having raised $28 million in funding from both Amazon and Google, CRTL-Labs is working on a wristband that lets you control smart devices with a flick of the wrist and a thought.

“You have neurons in your spinal cord that send electrical signals to your hand muscles telling them to move in specific ways such as to click a mouse or press a button,” wrote Facebook’s Vice President of AR/VR Andrew Bosworth in a Facebook post on Monday.

“The wristband will decode those signals and translate them into a digital signal your device can understand, empowering you with control over your digital life. It captures your intention so you can share a photo with a friend using an imperceptible movement or just by, well, intending to,” he added.

May the Force Be With You… Always and Everywhere

CTRL-Labs CEO Thomas Reardon gave a presentation last year at Slush 2018 where he laid out the potential his startup could have on the world.

He sees the technology as something to empower people.

“It allows you to go and really dream something kind of exotic, like dream about having eight arms and to propel yourself like an octopus. To not be victimized by your muscles,” he added.

Although Reardon was most likely talking about imagining as opposed to literally dreaming in his talk, it does raise a very interesting question.

What would happen if you were wearing one of these wristbands while asleep? Could your subconscious begin to control your smart devices while you were dreaming? What could happen then?

Can nightmares manifest into reality?

On the implications this telepathic technology has for the future of virtual and augmented reality, Facebook’s Bosworth explained:

“Technology like this has the potential to open up new creative possibilities and reimagine 19th century inventions in a 21st century world. This is how our interactions in VR and AR can one day look. It can change the way we connect.”

I wonder what 19th century inventions he was talking about, or if he was just making a general point.

You Don’t Know the Power of the Dark Side

Over the weekend, a couple in Milwaukee went through 24 hours of hell when a hacker took over their smart home devices.

The hacker blasted vulgar music, “their camera began talking to them, and their thermostat reached upwards of 90 degrees.”

Even changing their passwords didn’t help ease the situation, and the couple “felt violated” over what had occurred.

Having all your smart devices connected and talking to each creates enormous incentive for a hacker to do nefarious work.

While CRTL-Labs is focused on “human output” through a noninvasive wristband, it seems that there is little risk at present of a hacker being able to take control.

It would be a scary world indeed if one day we were to wake up to not just somebody messing with our stereo, but hijacking our nervous systems and ultimately our thoughts.

Would we be able to fight hackers in a sort of brain-to-brain combat?

Wouldn’t that be a trip!?