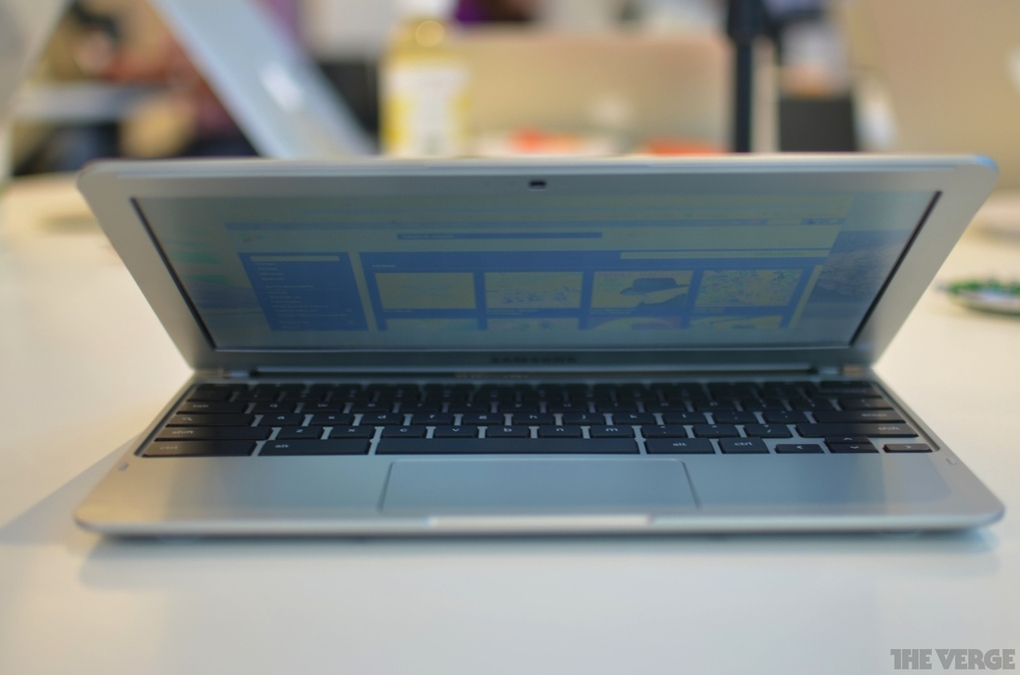 Google has unveiled a new MacBook Air-esque Chromebook “for folks living entirely in the cloud” that will be available to purchase later this week for $249.

Google sees the Chromebook as an occasional device, perfect for “kids doing homework on the couch, parents catching up on emails at the kitchen counter and grandparents staying connected on video chat”.

It’s fitting that this post should be written on a Chromebook while waiting to board a flight from Dublin Airport.

“In order to have one, two or more computers around the house, they need to be easy to use and much more affordable. So together with Samsung, we designed a new laptop—the new Samsung Chromebook for $249—the computer for everyone.”

The new Chromebook, at 2.5 pounds, is only 0.12 pounds heavier than Apple’s 11.8-inch MacBook Air, and 0.12-inches thicker. More importantly though, the new Chromebook’s battery lasts six hours, one hour longer than the MacBook Air.

Its screen is slightly smaller at 11.6-inches but it’s certainly a lot cheaper – some 400% cheaper by rough calculation. The new Chromebook features the usual fast boot time, now at 10 seconds. Scrolling is said to be smoother thanks to its hardware-accelerated interface.

The new Chromebook is available immediately to preorder from Amazon, Best Buy, PC World, and others, and will be available to buy online and in select physical stores later this week in the United States and the United Kingdom. It will also be available on the Google Play store.