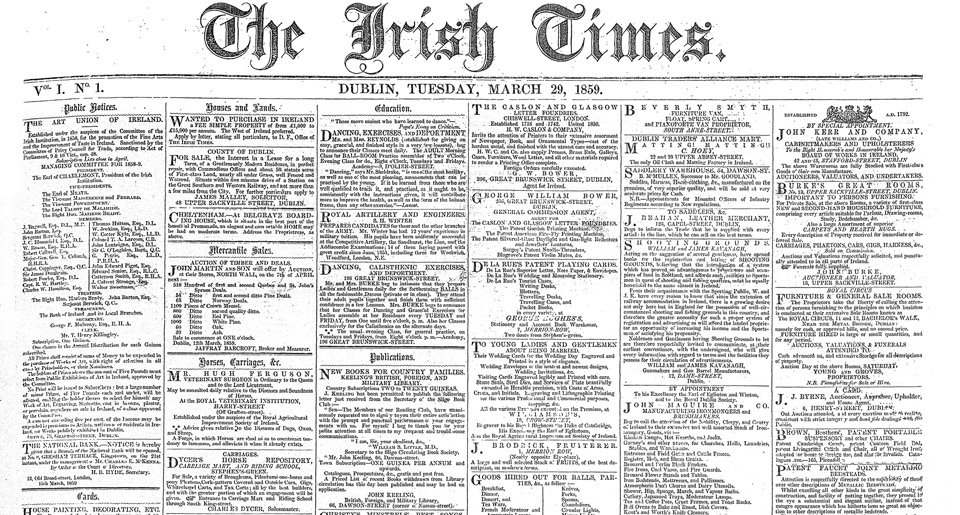 Ireland’s newspaper of record plans on attracting more readers on social platforms with the launch of the country’s first Facebook Social Reader by a national newspaper.  But can it compete with its digital-native rivals?

Following the example of international papers, Ireland’s Irish Times has turned to Facebook to help promote its content to more social audiences.

While Ireland still has one of the strongest newspaper-reading populations in Europe the country is seeing a decline in newspaper sales.  As far back as 2010 a report into newspaper readership across Europe found that in by 2027 Ireland could be one of the last countries in Europe to stop reading print newspapers on a regular basis.

“With 86% of the population regularly reading a newspaper we are among the most avid consumers of print media in Europe. Younger readers are consuming their news in a variety of ways, from buying newspapers to reading news websites. They want to know what their friends are doing, liking, and reading.”

The paper hopes that it won’t suffer some of the negative sentiment other papers’ Social Readers have attracted, by allowing readers to fully control the content that it posts to their Facebook walls.  The app will, however, create customised recommendations based on what Facebook users’ friends have read and shared on the site.

“The tradition of sharing news goes back to the campfire, and it is very strong in Ireland. From the rambling house when neighbours gathered together to discuss the news of the day to the advent of the ‘wireless’ radio set bringing local groups together to listen to matches or important broadcasts, news was shared, dissected and discussed in social settings.  The internet changed that. It took the social aspect out of news. The Irish TimesSocial Reader makes news a social activity once again, although in a new, Facebook-powered, way”

The Irish Times follows theJournal.ie, Ireland’s leading online-only news publication, which attracts 30,000 readers to its Facebook Social Reader app each month.  But we’ll have to wait a few months to see how popular the Times’ Social Reader is compared to its digital-native rival.

The paper says that the Facebook Social Reader app is being released as part of a wider strategy to serve younger, digitally engaged, readers.