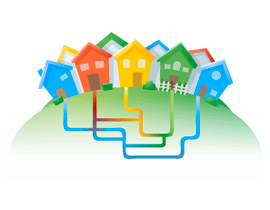 In a blog post today, Google announced their plans to trial an ultra-high speed broadband network on part of Stanford University’s campus. This is the first time Google will experiment with new fiber optic technologies outside of their own premises, with speeds of up to 1 gigabit per second achievable (around 162 times faster than the average broadband speed in Ireland).

This trial, due to start in early 2011, will be made available to a group of around 850 faculty and staff-owned homes on campus. Google also noted that this trial is completely separate from their community selection process for Google Fiber, which will be announced by the end of this year.

Google Fiber is a Google experiment where they plan to build and test ultra high-speed broadband networks in a number of trial locations in the US. The project will offer cheap 1 gigabyte per second broadband to potentially 500,000 people.

Google hope that they can learn from this small trial to help with their larger scale plans with Google Fiber. James Kelly, Google Product Manager, stated: “We’ll be able to take what we learn from this small deployment to help scale our project more effectively and efficiently to much larger communities.”

This announcement today is another step in Google’s big plan to make the internet faster.

Apple’s “Back to the Mac” event in brief