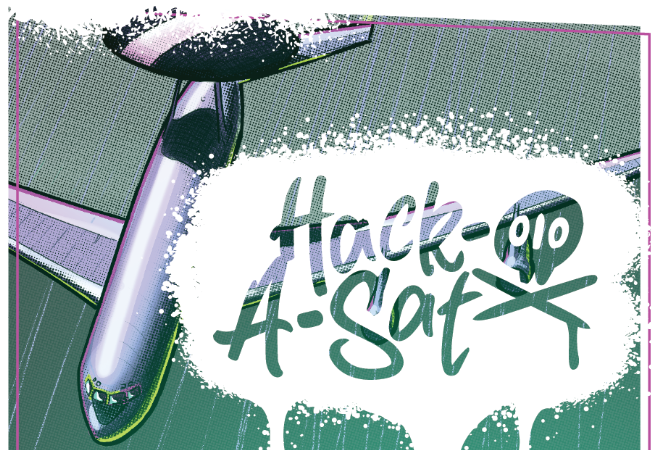 The United States Air Force announces it is moving its Hack-A-Sat challenge completely online as the Pentagon prepares to rollout its satellite constellation network.

Space is a contested territory that the US deems vital to national security, and the Air Force will be testing satellite cybersecurity through a hackathon.

Through the Department of the Air Force and Defense Digital Service, the Hack-A-Sat challenge asks hackers from around the world to focus their skills and creativity on solving cybersecurity challenges on space systems, and they will do this “by hacking a satellite.”

Due to COVID-19-related restrictions, the entire event has been moved online, and will take place in two phases:

For the qualification event, the Air Force looks to combine Jeopardy with Capture the Flag in its satellite hacking efforts, “where competitors are given a set of challenges in one of several categories on the Jeopardy board,” according to the contest rules.

“Successfully solving a challenge results in the competitor retrieving a “flag” as the solution. Redemption of this flag to the contest website results in points being awarded to that competitor and their team.”

The Pentagon is investing heavily into its space-based programs, with a major focus on building out satellite networks while China has been developing anti-satellite weapons for decades.

“The development of China’s anti-satellite program, in my view, is of great concern to the United States,” said Brookings Institution Senior Fellow Frank Rose, during a webinar on Friday.

“The Chinese have been watching how the United States and its allies fight wars since the early 1990s, and what they have determined is that outer space is critical to how the US projects power globally.

“The United States uses space assets to detect, track, and target potential adversaries. Therefore, these A-SAT weapons are designed to negate that US superiority or asymmetric advantage,” he added.

With the constant threat of potential sabotage from adversaries like China, the Pentagon is moving forward in its pursuit of rolling out a constellation of military satellites.

“By late next spring, we will have hardware and then spend next summer focused on satellite-level qualification for launch readiness in late 2021,” said Blackjack program manager Paul “Rusty” Thomas, in a statement.

If the Pentagon is going to beef-up its satellite presence in Earth’s orbit, it must also protect those satellites.

For the Hack-A-Sat exercise Final Event, the top three winners will receive cash prizes of $50,000; $30,000; and $20,000 respectively while the Qualification Event anticipates awarding 10 prize packages which include $15,000 and a functioning FlatSat trophy to each team ranked in the top 10.

Participants who successfully complete a set of qualification challenges on cybersecurity and space this spring will be invited to the ultimate challenge: to (ethically) hack a satellite.